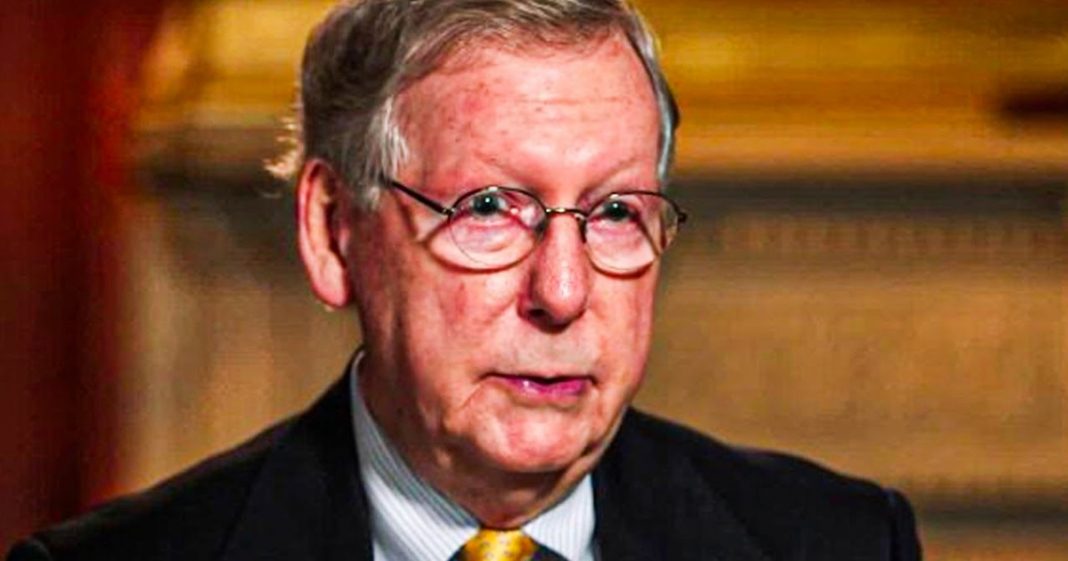 Republicans might think that the civil unrest in the country is working out in their favor, but the truth is that the kitchen table issues are weighing far more heavily on the minds of American voters. And according to interviews with voters, they are furious that Republicans in the Senate, led by Mitch McConnell, are doing absolutely nothing to help them as the economy continues to crash. Ring of Fire’s Farron Cousins discusses this.

In recent interviews with the Washington post more and more Americans, most of them from swing States, by the way, are blaming Republicans for the current economic mess that this country is in. You know, I know the white house, Donald Trump, the Republicans, they want to make the issue of civil unrest. You know, the big, the big election theme of, Oh my God, look, what’s happening. And just a couple of tiny little places in this country where most people don’t live and they’re probably not paying all that much attention to it, but they want to make that the central focus of the election. But when you go out there and, uh, the rest of the country, you know what they’re worried about, they’re worried about the kitchen table issues and the biggest kitchen table issue is always finances. And when we consider the fact that as of tomorrow, we have about 40 million Americans that could be facing eviction. That’s a pretty big kitchen, kitchen table issue. We still have more than 30 million Americans who lost their jobs at the start of this, or throughout the pandemic that still don’t have jobs. Yeah. That’s a pretty big kitchen table issue. A little bit more important than what’s happening in some far off city in the, uh, Northwest of the country.

And That was the Washington post points out. But the people they interviewed, they blamed Republicans for that. And here’s why, according to some of the people interviewed, yeah, Congress is out. They’re not coming back to after labor day. They, you know, taken all these weeks off. They really didn’t do a dang thing whatsoever over the summer to help people. Yeah. They had the one time, a stimulus package back in April, where you got one check one time, but they point out the Democrats did attempt to do it again. They did attempt to do more. They did attempt to put these bills forward and it passed the house. And then they went to the Senate to die. So not only are they blaming Republicans, but some of them specifically have said, I blame Mitch McConnell. Now this is just a random sampling of people. It’s not even enough to be considered a poll by the way, these are anecdotal, you know, things that the Washington post put out.

However, it would be foolish to believe that these ideas, these feelings are not more widespread. They may not be the majority they could be, but right now we have to take them for what they are. These are people average, everyday American people who do understand what is actually happening in DC. And even though they know that nothing has come out to benefit them, to help the help them in these times of economic hardship, they do understand that the Democrats at least attempted to do a little bit of something, but the Republicans did nothing. And right now, again, 40 million people facing eviction today, today, you know, they, they know who is at least going to try to do something versus who is actively trying not to do something. That’s the difference between the Republicans and the Democrats. Neither party by the way, has done enough, not even close, but again, the choice is clear. You can either have a little bit of something with the Democrats, or you can definitely have less than nothing with the Republicans and these people that the Washington post spoke to, they made it pretty clear about which one they’re going to choose, and that should not make any Republicans optimistic about November.