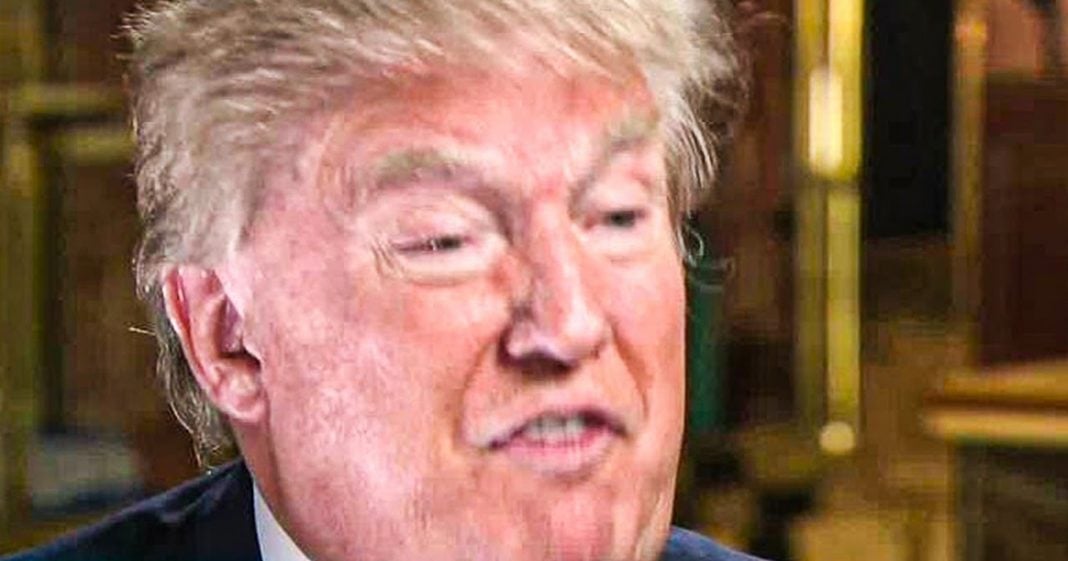 According to a recent report, Donald Trump was actually interested in having the Department of Homeland Security use a “heat ray” to cause severe skin burns on anyone who attempted to illegally cross the Southern border in 2018. This was at the time when Trump was telling us that hoards of caravans were coming to our border, yet none of them actually materialized. Ring of Fire’s Farron Cousins explains what happened.

In a little notice report from about a week or so ago, it was revealed that members of the Trump administration specifically within the customs and border patrol agency actually floated the idea in a meeting with officials, from the department of Homeland security, floated the idea of using a military grade heat Ray, along our Southern border to, uh, attack anyone attempting to cross our border illegally. This actually took place in 2018. And we just now learned about this about a week or so ago, customs and border patrol wanted to use these military weapons that are essentially, they really are heat res. Uh, what they do is they’re designed to make a person feel like their skin is on fire. It’s very concentrated. Then, you know, the re that’s what it does. And we wanted to do this to make sure people didn’t cross our border illegally, which is a misdemeanor, by the way, I feel it’s always necessary to point that point out because people think this is some kind of like massive federal crime. Like you illegally crossed the border. It’s a misdemeanor, you know, like, like, like a moving violation in your car, it’s a misdemeanor. And they wanted to use frickin military heat raised like something out of science fiction to intentionally injure these people who, by the way, hadn’t even yet committed the misdemeanor.

This was preemptive. This was to keep them from crossing the border. So these are people in a different country that hadn’t committed a crime, and we were going to shoot them with a heat rang. And people still wanted to sit there and tell us that we were too extreme for saying we should abolish ice. I should be abolished. Ice is clearly a criminal organization that wants to break international laws by firing us weapons across a border and hitting people that hadn’t yet committed a crime. In fact, committed a crime or not. We’re not allowed to fire our weapons across the border. We’re not, we have treaties and conventions that prevent that from happening, but that’s where we are with the Trump administration. That’s what they wanted to do back in 2018. And you remember what was happening in 2018, right? In the lead up to the midterm elections where Republicans got their, uh, you know, behinds handed to them. It was the caravans every couple of weeks. Oh my God, there’s a new caravan. It’s got like 10,000 people folks.

That’s coming, it’s coming. Don’t vote for Democrats. Oh my God, they’re gonna let the caravan in. And then it just disappeared. Caravans never actually showed up. They never actually crossed into the border, but every couple of couple of months, couple of weeks, whatever it was, this administration, Oh my God, there’s another caravan. It’s like 5,000 people this time, folks, it’s getting closer. It’s getting closer. They do like these little caravan trackers on Fox news show footage. I really have no idea where, or when it was from, but it was just people walking and all my God, here they come. Folks, let’s hit them with a heat ray. Ice has to be abolished, Especially after reports like this. But more importantly, we also have to get rid of Donald Trump from the white house, because this is exactly the kind of thing that this man will be okay with doing. And if he gets a second term, if he knows that he is now unencumbered, he doesn’t ever have to worry about getting elected. Again, you’d better believe heat rays and possibly even worse are going to start showing up along our Southern border.