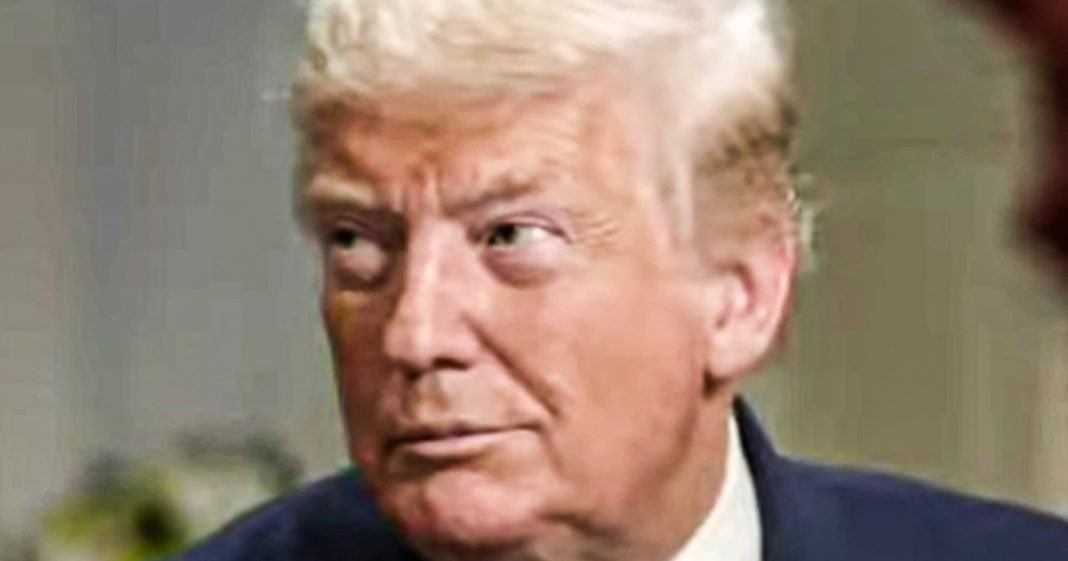 There has been a lot of talk recently about polls showing that the race is tightening in key areas of the country, but these reports have ignored the more reliable data showing that Trump is doing worse than ever. He is losing among several key demographics that helped him win in 2016, and the only group where he holds a lead AT ALL is among white, non-college educated voters. Ring of Fire’s Farron Cousins explains what’s happening.

There’s been a lot of talk recently, uh, including from us here at ring of fire about the bad poll numbers that Joe Biden has. And as we pointed out, even with the bad poll numbers that Joe Biden has, he’s still pulling ahead of Donald Trump. And that includes those swing state polls that have narrowed, but do still have Joe Biden and leap. Well also out this week and seemingly overshadowed by those swing state polls, his new national polling and demographic polling that shows the Joe Biden is actually pulling further ahead than previously thought. Uh, the new national polls out, according to the LA times, which by the way, surveyed 8,000 people with an only 1% margin of error, which is absolutely phenomenal in modern polling. Uh, Biden’s store has an 11 point lead nationally over Donald Trump, a double digit lead over the incumbent president. And it was a 13 point lead, uh, immediately following the democratic convention because Joe Biden got a two point convention bounce. Donald Trump lost two points after the Republican convention Biden lost one point, Trump gained the one point. Uh, so that’s what happened with the conventions. A two point bounce for Biden and a one point bounce for Trump. That’s remarkably pathetic by the way, for both candidates, but even more so for Donald Trump, because the people who went to Biden and then went back to Trump were independence.

But Donald Trump’s fear of Antifa his gloom and doom his threats of, Oh my God, they’re going to come to your streets and start protesting. 1% of independence said, Oh, okay. Yeah, he’s right. I guess we’re going to vote for him. It’s not moving the needle. It is actually defying the conventional wisdom with that. Uh, traditionally that actually would result in a much bigger shift in favor of Donald Trump. And it still could and likely will, but so far it’s not. And Trump doesn’t have a message for that. People aren’t buying the fact that Trump is going to actually keep us safe from it. Now it’s important to port tint to point out that distinction because do people see it as something that is scary? Sure they do. Some of them, not all of them, some of them do the problem is they don’t view Trump as the one who can do something about it. You have the right wing media right now, coordinating their attacks, trying to convince everybody who clicks on their website, that you’re going to die.

If Joe Biden is president, the Democrats or Democrats are out here murdering cops, that Antifa is going to hit you in the head with a brick or a can of soup. The second you walk out your front door, the people say, well, that may be so, but they’re already doing that. And this dude’s precedent. So I can’t trust him to fix it. Those things aren’t actually happening though. Folks, don’t, don’t worry. I’m not saying they are happening. The public ain’t buying it. But here’s the thing that this poll, uh, the LA times poll actually showed us. Donald Trump has only winning with one demographic and that is white non college educated voters and the race in these other demographics, including demographics that help Trump win the election is slipping. Uh, African American voters hate Donald Trump. He is losing, I think he’s lost about five to 7%. According to this new poll of his, uh, Hispanic supporters, which was already very low. And now it’s even lower than very low, these suburban, uh, voters that Trump swears, he can keep safe. They’re not buying it. They are increasingly going to Joe Biden.

So yeah, the polls for Biden don’t look as good as we would like them to others look a lot better than we thought they would. But from this point forward, we have to pretend like he is 10 points down in the polls. Always attack, never defend. You have to go out there. You have to make sure people know how dangerous Donald Trump is. Yeah. By name. Great. But unfortunately he’s what we’re stuck with. And anything at this point is better than what Donald Trump has to offer. Donald Trump has to offer death and destruction. That is all 2020 has been from this man, death and destruction. Anything is an improvement over that.