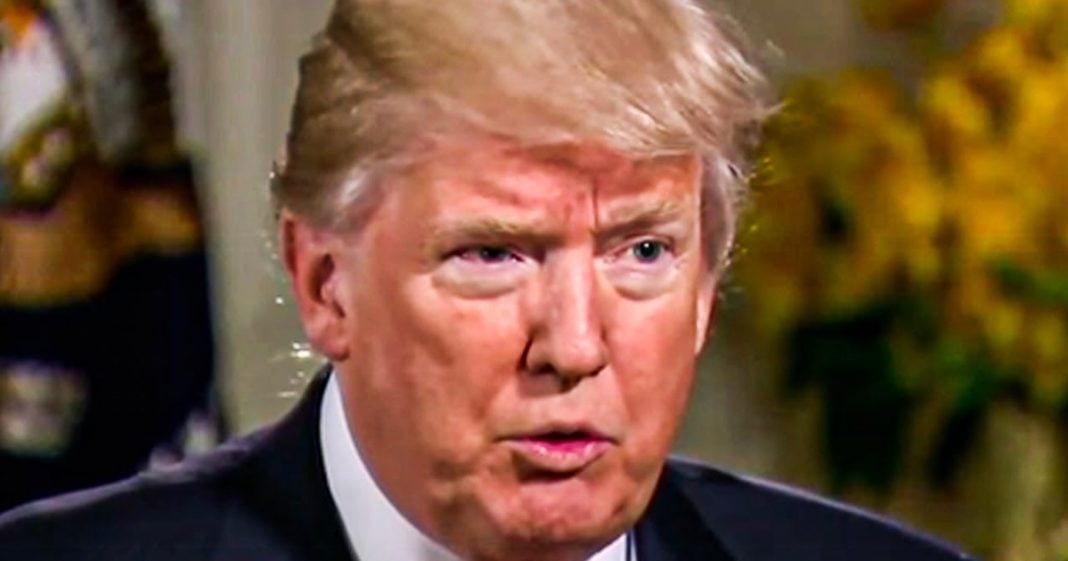 The polls might be tightening in the Presidential race as election day inches closer, but Joe Biden is now running away with a key group that actually gave Trump the victory in 2016 – Third Party Voters. People who voted for either Jill Stein or Gary Johnson in 2016 are now overwhelmingly supporting Joe Biden, a key indicator that being sick and tired of Trump might actually just be enough to get him out of office. Ring of Fire’s Farron Cousins discusses this.

Yeah, I know we’ve talked a lot recently about the swing state polls, kind of showing a narrowing of the gap between Trump and Biden Biden, still pulling ahead, but not by as much as he had been. And not by as much as Hillary had been in 2016 and we know how 2016 turned out, but this week another metric came out that actually also relates to 2016. You see, in the 2016 election because of their dislike of both Hillary Clinton and Donald Trump, you had quite a few people, especially those in swing States, hundreds of thousands in swing States enough to actually flip a couple of States. Michigan is one of them, uh, who voted third party either for Jill Stein of the green party or Gary Johnson and the libertarian party. But according to a new poll that has not gotten the coverage that it deserves, this new poll says the following. It says of these Stein or Johnson voters from 2016, where are they in 2020? Who are they voting for? 47% say they’re voting for Biden. 20% are supporting Trump. And 33% are unsure or say they’re backing another candidate. So these individuals who went third party in 2016, only a third of them are saying, they’re going third party this year.

Sure. Here’s the thing. And I think a lot of this, obviously you have a lot of a disaffected Progressive’s, you know? Yeah. Bernie backers, Elizabeth Warren backers as well in there, um, who just a month ago, two months ago definitely were saying, there’s no way in hell. I’m voting for Joe Biden. I’m not going to do it. And then he picked Kamala Harris and that didn’t do anything to use our fears, but at the same time, all hell was breaking loose in this country. And it’s not that they finally looked at it and said, Oh, Joe Biden’s Joe Biden can fix this. No, none of us think that, uh, what we are terrified of, however, is what Trump has done in response. You know, kidnapping people off the streets with his non uniformed, random military commandos that he sent out there and throw people in windowless vans to disappear them off our streets. Um, the fact that he is openly encouraging and not admonishing his supporters who were traveling to other States to go and cause chaos at the protest, which leads to riots,

Kind of the straw that broke the camel’s back. I have seen a lot and I’m talking like hard core, even left than me. People on social media, very popular people on social media. Uh, that again a month ago were saying, I will never vote for Biden. I will never ever vote for Biden no matter what, uh, this weekend I saw or this past weekend, I saw them say, dammit, I have to vote for Biden. It’s not because they like him. It’s not because they have faith in him, but it’s because what is at stake is so real and so dire that we have no choice now. And I think that is what these kind of third party voter poll right here. I think that’s what it’s showing us. Nobody. I mean, I’m sure there’s a couple of people, but most people aren’t even voting for Biden because we think he’s a good person. Or because we think he’ll be a good president or because we think we’ll fix anything we’re voting for him because we’re afraid of what’s going to happen. If Trump gets another four years, if that guy suddenly doesn’t have to worry about re-election homeboy, that’s a terrifying thought not to mention the fact that eight years of him is going to lead the four years. At least of one of his kids. Hopefully not the dumb one.

I’m not even gonna say which one that is. I think we all know. And if you don’t know, then it’s all of them. Whatever I don’t care. The point is what’s at stake in November is too great. And even these people who were able to cast their protest votes in 2016, they’re looking at the situation right now and they’re saying, I’m not willing to do it again. We have a lot of work to do within the democratic party. If we want them to be where they need to be, where they can actually help American citizens. But if we let Trump have another four years, those ideals, those goals that we have as Progressive’s another four years of Trump will make those even harder to reach than four years of Biden would.