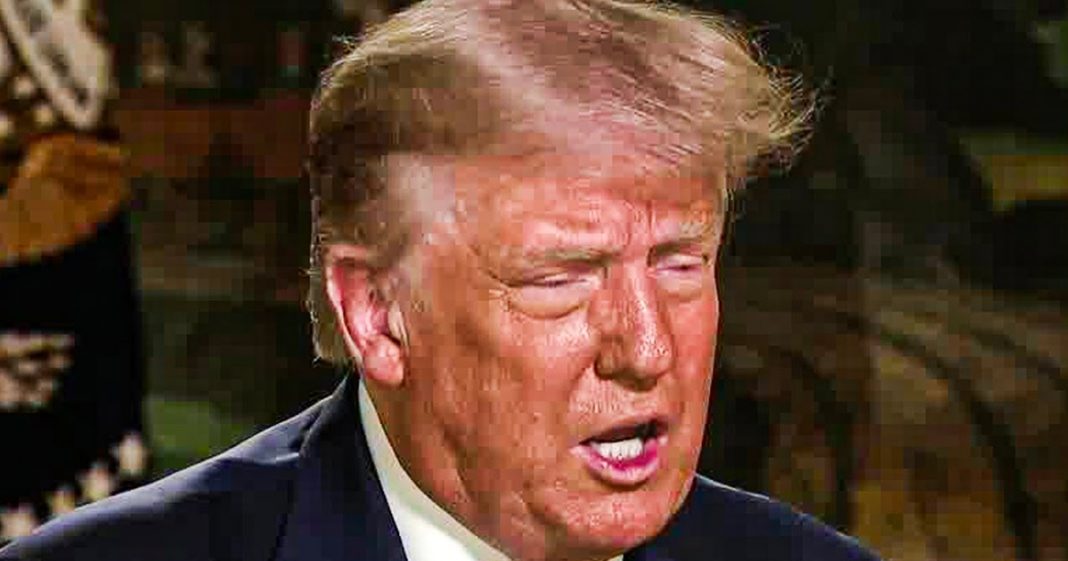 Donald Trump’s payroll tax holiday is a massive scam on average American workers. The temporary tax deferment is going to feel like a modest raise for most people, but what most don’t realize is that the deferment ends at the end of the year, and the four months after that will see your paycheck drop by the amount that had been added (from your original, per-deferment pay.) But Trump says it’ll become permanent if you reelect him, meaning this is more like a hostage negotiation for your own paycheck, as Ring of Fire’s Farron Cousins explains.

Donald Trump is desperate and is willing to do whatever it takes to get you to vote for him. Or at least the majority of people in this country to vote for him in November. And one of the things that he did recently actually went into effect September 1st is he held part of your paycheck hostage, and it sounds weird, but he held it hostage by giving it to you early. And if you don’t want to have to pay it back to him, then you have to vote for him in November. Now here’s how that works. September 1st Tuesday went into effect his payroll tax holiday. So what that means is from September 1st through December 30, first of this year, four full months, you do not have payroll tax, which funds social security taken out of your paycheck. So your paycheck’s going to increase in fact here, uh, if you follow the link in the descriptions, I’ll put a little chart here.

So if you make $35,000, your paycheck’s going to increase by 83, make 50, you get an extra one 1975, 170 804,000 year, $248 extra per paycheck. It’s fairly decent money. It’s a decent sized raise. Considering wages are stagnant here in the United States. Sure. Everybody loves getting, getting more money. There’s a problem though. This payroll tax cut holiday is just temporary. And as soon as it expires, you then have to pay that money back. So you make 35,000. You’re getting an extra $83 per check. Well, when it expires that extra 83 disappears because the tax gets taken out again, but you have to make up for the old tax. So guess what comes out? $83. So however much your paycheck increases right now after this expires and it goes back to normal, it will then decrease by that same amount. You will essentially be making less money next year.

Unless of course you vote for Donald Trump because he’s going to make it permanent. He says, okay. So what if somebody is thinking, well, I love tax cuts. I love making more money. I’ll vote for Trump. Then, then I get more money. Okay. If you do that, and if he does this, it’s going to bankrupt social security within two years, that’s all, it’ll take two years. That’s it? That’s according by the way, to the social security administration. So kind of damned if you do damned if you don’t right, because Donald Trump is so horrible with money. You know, I love the fact that conservatives were touting. This guy, he’s going to run the government like a business. Well, he did. Unfortunately, he ran out like one of businesses that he bankrupted, right? The whole country has now become Trump steaks. And we’re the cattle. And we’re being led to slaughter by this man, but y’all too dumb to see it.

You know, we have right now, people who cannot afford to have 83 extra dollars taken out of their paycheck, they can’t afford to have $50 taken out of their paycheck. Do you realize for somebody who, who gets paid once every two weeks, $83 is all the gas that they need. Suddenly they get free gas. But then when we’re talking about people that live paycheck to paycheck, by the way, so then January rolls around, they lose that extra 83 and then they lose another 83 to make up for what they were getting during this time. Right? These are people who don’t have the means to just save that money, put it in savings. And then they’re okay. Back to neutral when January rolls around or whenever it is that they have to start paying it back.

And worst of all, they don’t even realize that this is what’s happening. They don’t know that they’re going to have to pay it back. They don’t know. Cause they’re not being told. Trump’s just out there telling them I’m giving you more money. I’m giving you more money right before the selection. And if you vote for me, you get that more money forever. You vote for Joe Biden. Your paychecks are going to go down. He tells us But they’re going to go down because he designed them that way because he is holding your money hostage. He has made it to where the federal government has to take more out unless you vote for him.