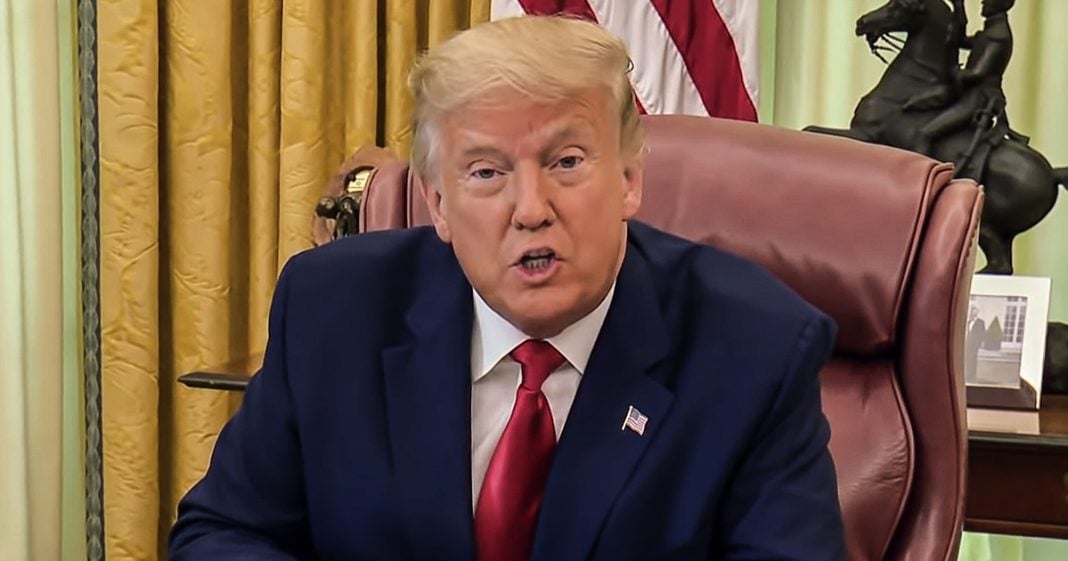 New reports have revealed that Donald Trump has used $58 million of his reelection campaign funds to fight (and sometimes to file) lawsuits in states all over the country. And his campaign doesn’t have this kind of cash to throw around on frivolous projects. The campaign is having to pull their ad buys from swing states like Arizona as they run low on cash. Ring of Fire’s Farron Cousins explains what’s happening.

Donald Trump’s presidential campaign is having a massive cash flow problem right now, uh, at the time that I’m sitting here right now, we do not yet have his numbers from August, but on Monday we did get a report from Axios saying that they’re running out of money. Uh, they’re having to scale back some of their television ads. In fact, in Arizona, uh, state that they kind of need to win and likely aren’t going to win, but could win. But they’re probably not, uh, Trump’s actually pulled all of his ads. He’s no longer spending money there at least right now.

So what is he doing with the money? Cause, cause he’s raised millions and millions and millions, hundreds of millions so far this year. So why have they run out of money? Where is it? I, Joe Biden raised $364 million just in August million dollars for every day of the year, just in one month. Pretty, pretty remarkable, actually. That is incredibly impressive. But how Trump’s been raising that kind of money most of the year up until now. So where the hell is the money going? Well, some of it, not all of it, not even most of it, but some of it almost 60 million has actually gone to pay for Donald Trump’s legal fees at a time when his campaign is so short on cash that they’re actually canceling ad buys in swing States. His campaign has spent nearly $60 million of donor money on his own personal lawsuits, including a lawsuit in California that sought to keep him off the ballot unless he released his tax returns.

His campaign had to Sue for that. You’ve got all of the other legal fees associated with the Russia investigation, uh, not just for Donald Trump, but also the campaign has been paying for Jared Kushner and Donny Junior’s legal fees from that. You have all of these, uh, sexual misconduct lawsuits that he’s still fighting the investigations in New York, that he is fighting. Uh, the lawsuits that he and his campaign and the RNC has paid for. Some of these have filed to stop, vote by mail and States. Dude, you Sue an any and everybody, and if they’re not Sue and they’re being sued or they’re being investigated. And so he says rather than use my alleged $10 billion net worth, I’m going to use all the money that people are donating to my campaign as my own personal piggyback. Oh, and by the way, I’m also going to pay my son’s girlfriend who screamed at everybody during her crazy RNC speech.

I’m going to pay her $180,000 a year to work on my campaign, actually, ironically, in the fundraising department where a month ago we found out that she has no idea what she’s doing. She’s replaced the experience, people on her staff with her friends. So she, she fired the people who knew what they were doing, brought in a bunch of her friends and never since then, fundraising has been suffering a little bit, but that’s what we’re dealing with with this campaign. They’re running out of cash. They’re running out of time. They’re running out of donors and what little money they do have left. They’re letting Donald Trump spend it to maybe keep himself out of jail.