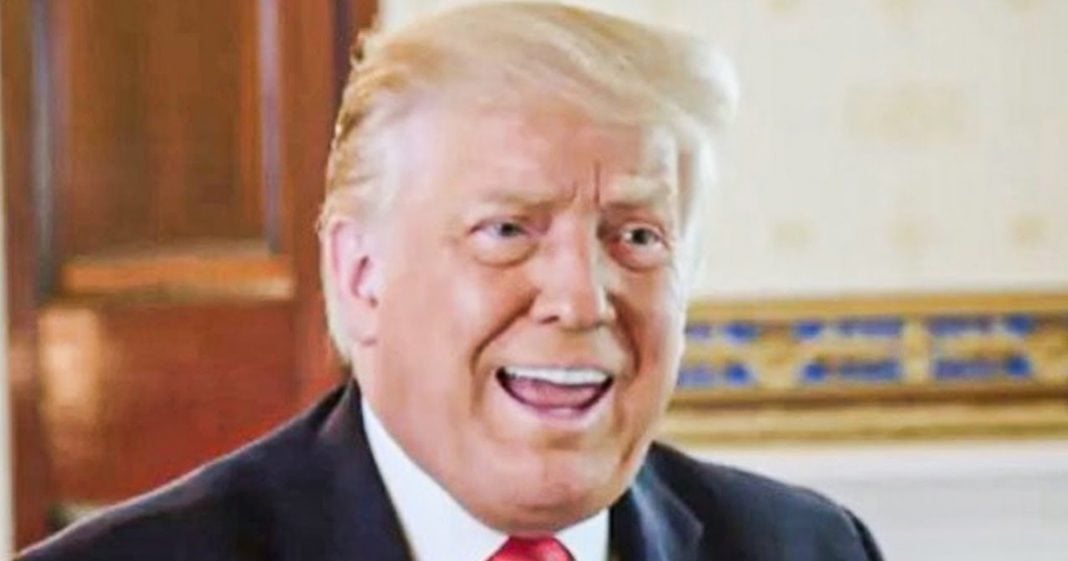 State officials from all over the country are panicking because they believe they are going to be inundated with voter fraud because Trump told people in North Carolina that they needed to vote twice. From Massachusetts to Arizona, state Attorneys General have issued statements reminding people that this is illegal and that they will be arrested if they follow the President’s orders. Ring of Fire’s Farron Cousins explains what’s happening.

On Wednesday, Donald Trump informed people in North Carolina that, uh, they needed to vote twice. You know, just to kind of test the system out, to see if it is as safe as Democrats say it is, because if it is, they’re going to catch your second vote and if not, well, Hey, I guess you just got to vote twice. And ever since Donald Trump made that proclamation, state attorneys general from across the nation have been forced to come out and remind people that if you follow the president’s advice, you’ve just committed a felony and you will go to jail. It obviously all started with North Carolina’s attorney general having to issue a statement. And this actually came by the way, after the us attorney general William Barr, William Barr is kind of what started this even more than Trump, because bar came out after Trump made his comment and said, he doesn’t know. I don’t know if it’s illegal to vote twice.

I don’t know if it’s illegal. I basically run all the laws in the country, but who knows he got me. So then North Carolina attorney general had to come out and issue a statement saying it’s illegal. There is no way to slice it just because the president told you to do it, doesn’t make it any less than that. It’s Eleiko please. For the love of God, don’t vote twice. That message was followed by messages from attorneys general in Michigan, Massachusetts, Nevada, and Maryland, because they all started receiving questions from people. Is this allowed? Is this, I mean, he said we could. Can we, I just, just Trish, I’m just trying to make sense. The whole thing is it, do we now vote twice? Do we vote early vote often? What’s going on folks. Look what the president and his, his attorney general have done to us.

Not to us. If you’re watching this, I assume you probably, you know, you understand voting twice is a felony. Look what they’ve done to this country. They’ve helped turn us further into idiots. That’s what this is. Everybody should know you don’t, you don’t get to vote twice. That’s not a thing hasn’t been for quite some time. And it’s so sad, right? We’re supposed to be so advanced as a species. Now we’re supposed to be so much further ahead. You know, you look back at science fiction from the early 20th century, late 19th century, where they thought we’d be by the year 2000. But instead of having flying cars, teleportation, you know, deep space travel, what do we have? We have attorney generals coming out having to say, Hey, please don’t vote twice. We have to have PSA saying, Hey, please don’t eat a tide pod.

What is wrong with this country? Well, obviously part of it does have a lot to do with the buffoon that we have sitting in the white house and his little, a loyal sycophant lapdog sitting in the us department of justice. But folks, if you vote twice, you’re going to be arrested. If they find out you’re going to be a statistic in one of these videos, talking about Trump supporters, committing voting fraud. I know you don’t want that. I know you don’t want to be one of the few people who actually commits voting fraud so that we all know your name. So please, whatever you do, don’t ever listen to Donald Trump’s advice about how to vote, about how many times to vote or about where to vote, do your own homework on that issue. But regardless under no circumstances in any election ever, is it okay for you to vote more than once.