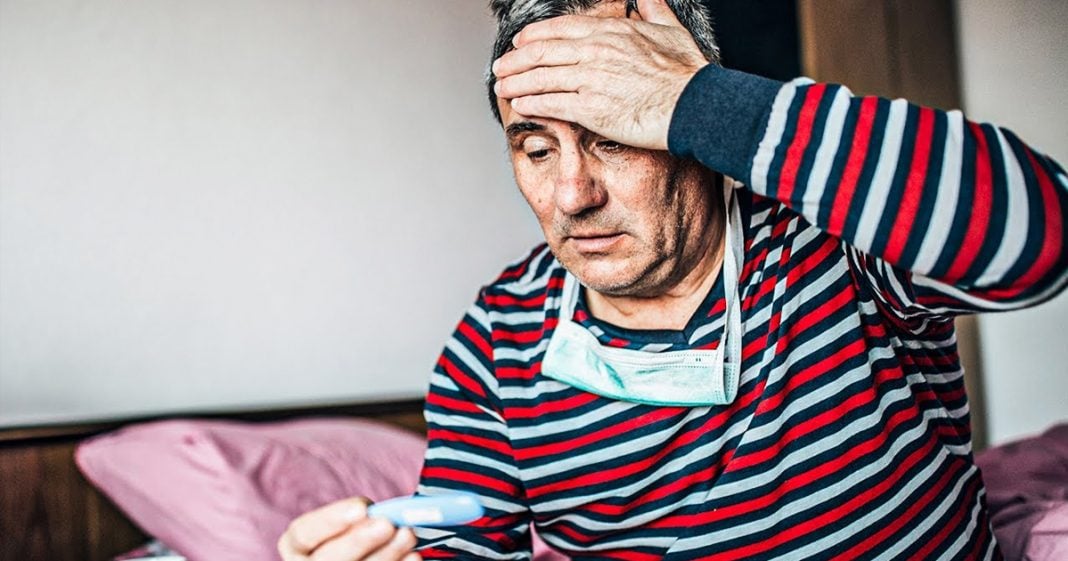 According to the latest infection data, Red States have become a hotbed of new Coronavirus outbreaks, with roughly 70% of new cases happening in Republican-controlled areas. This is not a coincidence, it is a reflection of right wing policies that are no longer driven by logic or reason. Ring of Fire’s Farron Cousins discusses these new outbreaks and explains why they are happening.

According to a new numbers out this week, red States have become the newest Corona virus hotbeds here in the United States. They have finally overtaken blue States, uh, in total number of new COVID-19 infections. In fact, 70% of new COVID-19 infections are happening in red States. Now it gets interesting when you start digging into these numbers and you see the breakdown of it because 50% of the breakouts in the red States are actually happening in blue counties. So a blue County in a red state about half the cases, the other half, of course, red counties. So the only common factor is that they’re in a red state controlled by a Republican governor. And that is where the differences do. In fact, come from, we have seen Republican governors, uh, specifically, you know, a lot of those down here in the South and the Southwest pretend that this thing isn’t real tell us that, Oh, well you got to suck it up for the economy.

That’s what they were saying over in Texas. That’s what they’ve they’ve said Mississippi, Alabama actually never. When every other state of the country had issue, lockdowns, Alabama was still dragging their feet. They’re governor Republican Kay Ivy, big Trump supporter, who finally later on decided, okay, I guess we’re going to do it. We’re going to do this. But there was a lot of foot dragging in these red States. I know I live in one Florida with our Republican governor, Ron DeSantis, they have downplayed it. They have hidden the data like what’s happening in Florida, trying to convince people that everything is O K and sure. We have plenty of areas down here in the South and the Southwest where you haven’t had governors issue, any kind of a mandatory face covering orders. We don’t have that down here in Florida. I actually went to Lowe’s on Thursday of this week.

There’s the only store apparently in this city that I live in that doesn’t require face mass to walk through the door. So do you know what you see when you walk through the door? About 80% of the people walking around that store without a face mask acting like, Oh, hell yeah, I’m free. I don’t have to worry about germs in here. Any other store, any other gas station, a drug store, whatever it is around here, music store, the pet food store pet. Since every one of them, you can’t walk through the door if you’re not wearing a mask. And so everybody’s wearing a mask, but they think because they’re stupid that if there’s not a big sign on the door with a picture of the mass, then Oh, cool. The virus can’t get me here.

But the fault for that rests at the highest level of the state and those come from the governors and the red States are simply not putting the same kind of restrictions in place, not putting the same kind of orders in place to protect people’s lives. By the time all of this has said and done, we’re going to see much higher death tolls in the red States than we did the blue States. I firmly believe that because they’re already catching up. Florida and Texas are getting way up there because of this, because they refuse to take care of their citizens because they don’t want to, you know, infringe on anybody’s freedom. You know, we can’t tell them to wear a mask. That’s communism somehow. No, it’s just good decent policy because apparently people down here and people all over the country, really people all over the planet, really, they refuse to be good human beings and think of others unless they’re absolutely forced to do it.