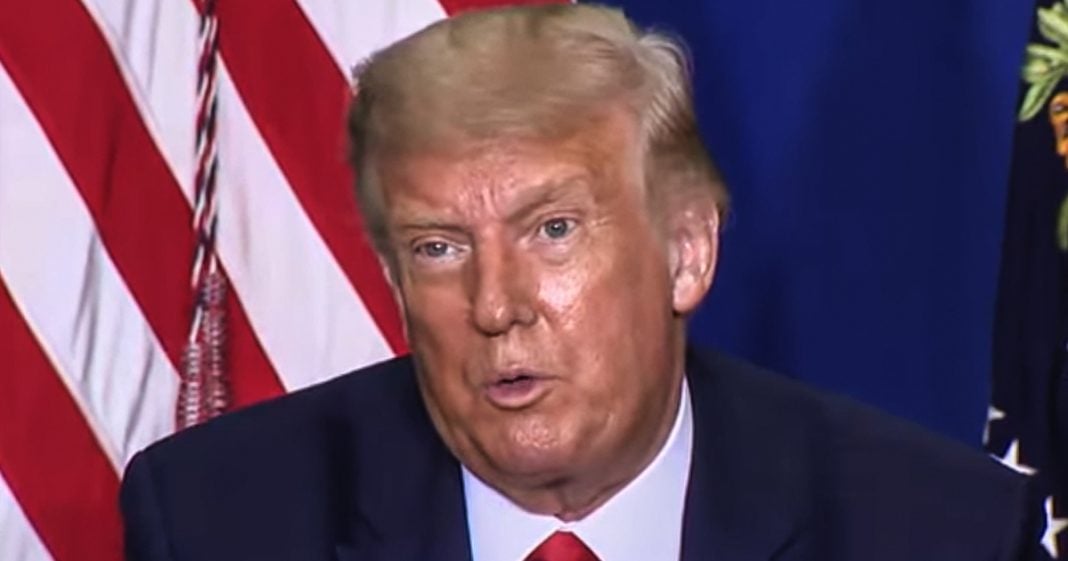 According to analyst Nate Silver, the chances of the electoral college taking a victory away from Joe Biden are actually pretty good, and Biden would have to defeat Trump in the popular vote by nearly 5 percentage points just to pull out an electoral victory. Anything less than that and we’ll likely be looking at a repeat of 2016 (and 2000.) Ring of Fire’s Farron Cousins explains what’s happening.

According to pollster and analyst, Nate silver, there is a very good chance that in November Joe Biden can win the popular vote yet much like Hillary Clinton before him and Al Gore, even before her, uh, lose, lose the presidency because of the electoral college. In fact, the numbers that Nate silver put out on Wednesday of this week are quite terrifying because Joe Biden could actually win the popular vote by three to four percentage points and still not get the electoral college vote. And that is a greater margin by the way than what Hillary Clinton had in 2016. But even with that kind of margin Biden may not get it. Here are the numbers that needs silver put out. Uh, if Biden wins the popular vote by one zero to one points, there’s only a 6% chance to win the electoral college. One to two points, 22% chance to win two to three, a 46% chance in three to four, it finally goes above 50% at 74%. Uh, but essentially by a silver says, excuse me, the electoral college is not really safe for Biden unless he wins by more than five points. So you would have to win the popular vote in this country by more than five percentage points to essentially guarantee that you win the presidency. So even if you won the popular vote, 54% to 46%,

Oh, I’m sorry. That’s not right. It would be 52 to 48. So if you want 52 to 48, you could still end up not being president of the United States. It’s okay. Cool system. That totally works out just fine. That’s exactly what the founding fathers intended. Right? Folks. This is ridiculous. We have had far too many elections in just the last 20 years that this has happened and sure. It’s only been two, but that’s two too many. The electoral college is stupid and all of the arguments in favor of keeping, it are just as stupid. Oh, because your vote counts more. If we, if we keep the electoral college. No, actually it doesn’t actually, it doesn’t, for example, I I’m in Florida and I’m gonna vote for Biden. But if Trump carries my state, then my vote didn’t matter because of the electoral college. Didn’t matter at all. Just like if you’re a Biden voter and say Wyoming with your three electoral votes, the only votes that matter, there are the Republican votes. If you’re in California and you vote for a Republican, your vote matter either because all of the electoral votes of that state are going to the Democrat. See what I’m getting at, depending on how you vote and what state you live in. You have a 50, 50 chance of your vote. Not meaning a thing because the popular vote doesn’t matter. That’s not okay. That is not the way this is supposed to work. It’s the way rigged system is supposed to work. And that’s exactly what we have in the United States.