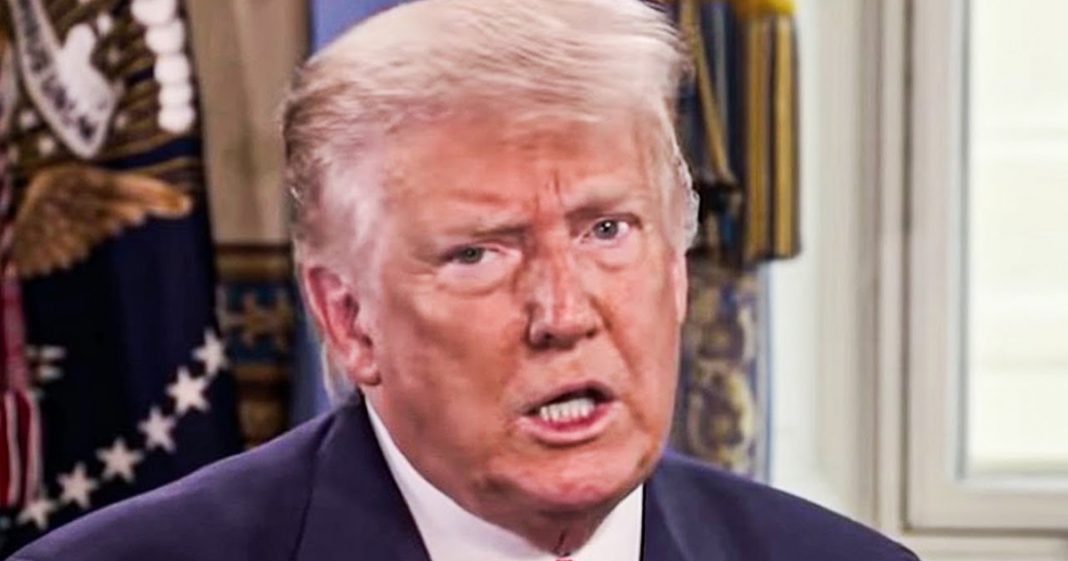 Donald Trump wants to make the election all about “Law and Order”, but the American public is actually far more concerned about the pandemic that has flipped their lives upside down and tanked the economy. As we’ve said before, the kitchen table issues are always going to take precedent over far off issues like protests halfway across the country. Ring of Fire’s Farron Cousins discusses this.

Donald Trump is hoping that when people go to the polls in November, the only thing that’s going to be on their mind is the massive civil unrest, the riots industry, the property damage that is taking place in every single city, in every single state, across the United States. Unfortunately, for him, those things that he’s saying could happen, aren’t really happening. Yeah. There’s a couple places in this country, a few cities, uh, where there’s riots and he’s actually two cities really two out of the entire country, but he wants you to think, and the right wing media is helping him. It’s like a coordinated attack. You go on their sites. All they’re talking about is death and destruction and liberal run cities and air you’re going to die is what they’re telling us. Uh, but the American public, according to the polls that have come out this week, they don’t buy any of it. Like not at all, not even close. And here’s why, and it’s a reason I actually hit on earlier this week, before these polls came out, proving it. Right. And it was that. Yeah, Donald, Trump’s trying to say that if you don’t vote for him, if you vote for Biden, you’re probably going to die. The protests are gonna come to your actual street. And I said, people aren’t buying that because they look out their front door and they don’t see it, but you know what they do see, they see the effects of a pandemic.

They look at their bank account and they see, they don’t have money. They know they’ve lost their job or their neighbor has, or their parents have their, their, their kids have whatever it is they see. And they feel the economic destruction happening in this country. But they don’t actually see other than occasionally on the news, these, these so-called riots and protests, they don’t. And when it comes down to it, those kitchen table issues, the economic issues that affect individual families are always going to Trump some far off threat, because that is what those protests and riots are. And I know Trump’s out there trying to make them spread, trying to get them to be more violent. That’s what he’s doing. Cause he needs that. If he wants more people to buy into it, they’ve got to feel it. And the only way they can feel it as if it’s spreads, but it’s not working the latest polls out this week show that 60%, 60% of Americans say their number one issue heading to the polls in November is the pandemic. 60%.

Donald Trump does not have a positive approval rating when it comes to his handling of the pandemic. Vast majority of voters say that his administration’s response to it has actually made it worse. And that’s why he’s trying. So to convince us that if you vote for Joe Biden, you’re going to die. But the reality is, if you keep him in office, you’re going to die. Now you could die. 190,000 people have already died from his incompetence just this year, just this year, 190,000 people because this man can’t go on TV and tell people, wear a mask, stay home for a month. We’ll take care of you. He’s incapable of doing that. So 190,000 people died. We know who the deadlier can, that it is. We know who the more incompetent candidate is. We know what the real threat in America today is, and it’s not protests a couple thousand miles away in a city. Some people have never even heard of it’s the pandemic and the economic collapse that it helped usher in that is leaving tens of millions of Americans without a means to pay their bills. That is what these voters are concerned about. That is what the polls this week showed us. And it proves that Donald Trump’s strategy that he has now been trying to hammer for over a month has completely fallen upon deaf ears, deaf ears of a nation that wants to see the pandemic handled more than anything else as they head to the polls.