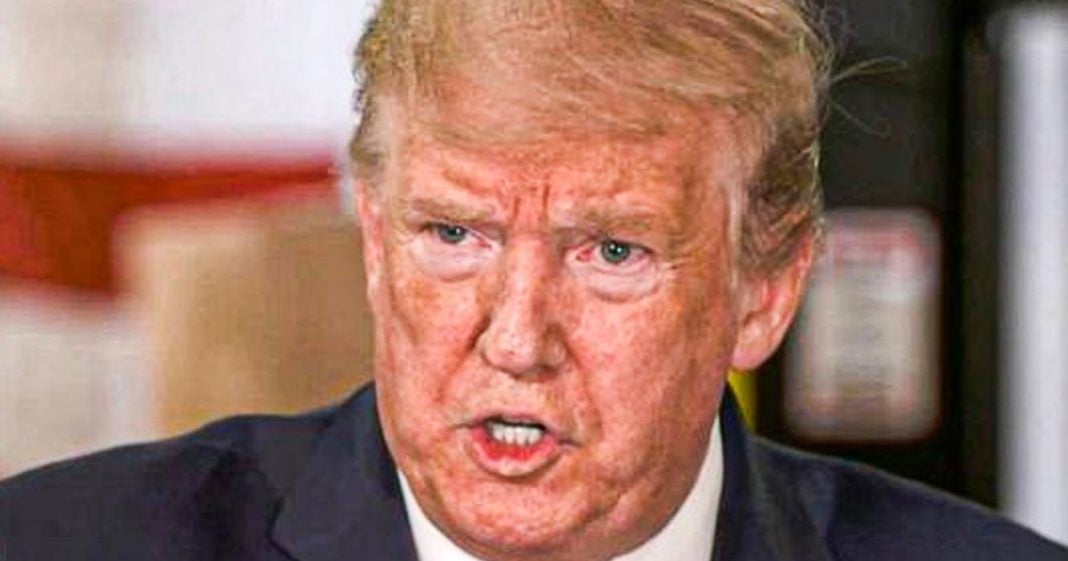 According to forensic psychiatrist Dr. Bandy Lee from Yale, Donald Trump has begun to inflict his own symptoms of mental illness onto his followers who are now exhibiting the same symptoms. Their overwhelming eagerness to embrace conspiracy theories that were once considered fringe is the biggest piece of evidence, according to Dr. Lee. Ring of Fire’s Farron Cousins explains what’s happening.

Yale forensic psychiatrist, dr. Bandy Lee, uh, who also happens to be a contributor and the editor of the book, the dangerous case of Donald Trump recently spoke to salon.com, where she talked about the fact that it is very likely that Donald Trump’s own mental illness, uh, that she believes he does suffer from has actually been transmitted to his supporters. Uh, specifically as part of the interview she did with salon, she was asked, uh, well, here’s the question. Uh, the president and other speakers talking about the last week’s convention repeatedly lied throughout the event. So how does that affect the psychology of the overall electorate to have a four day stream of lies broadcast by all the major networks for four straight days. Um, and she responded saying this, this has now become a societal phenomenon. We do not think of mental symptoms as infectious, but they are potentially far more so than a Bola or coronavirus.

Since you do not need physical contact for the symptoms to transmit to millions. As long as you have emotional bonds, the end result is dramatic. As we now see before our eyes, it’s rather a mistake to believe that mental symptoms can not transmit when we have set up the perfect conditions for it. Those who do not succumb also generally grow exhausted and acquiesce. The good news is like the pandemic. We can contain it if we intervened intelligently and scientifically what we saw last week, uh, from the Republican convention, as the fact checkers described, it was a parade of dishonesty, you know, outright lies, false hood, misrepresentations, misinformation, lies of omission. All of those things combined. It was a, it was a nonstop life Fest is what it was. They were pushing conspiracy theories, which have now become mainstream among the Republican party. I mean, even as bad as the Republican party has been in the past with their policies, that only benefit corporations and harm people that used to be what the party was.

But now, uh, and in fact, for many years, not just with Trump, but with Trump, it’s become mainstream. Now they’re embracing these conspiracy theories. Now they’re embracing Q Anon. We’re going to have a Q a non Republican in the house of representatives and it’s not an accident. I do think dr. Lee is absolutely correct on this. And I understand there’s plenty in the mental health profession that disagree with her about mental symptoms being infected, but think about it this way prior to Donald Trump coming along. Okay, those who spread conspiracy theories were viewed as friends. You know, the panels mainstream Republicans didn’t believe that the FEMA death camps mainstream Republicans didn’t believe that the birtherism mainstream Republicans didn’t believe that. But now, as I mentioned, we’re going to have an elected official who does believe that Donald Trump is fighting against some kind of deep state coup in order to take down a child sex ring, that the elites in DC in the elites in Hollywood are somehow running.

That is mainstream now. And that is obviously one of the most extreme in terms of these conspiracy theories, but they also believe other more mild conspiracy theories. They believe the average Republican supporter of Donald Trump, not the average Republican, the average Republican supporter of Donald Trump. They believe that the media is intentionally misrepresenting. What is happening under Donald Trump? They believe they’re making up lies. They do not believe that 40 million people lost their job during the pandemic. They don’t believe that 180,000 Americans died. The new conspiracy theory, which popped up a couple days ago, which Trump supporters now believe is that only about 9,000 people in this country died. And it’s because Donald Trump created this alternative reality that he himself lives in and he invited them into his world. He invited them into that fake universe where all of the good things are because of him and all of the bad things are made up by people who don’t like him. I’d say, in terms of mental illnesses, that’s pretty darn infectious. Just like dr. Lee says.