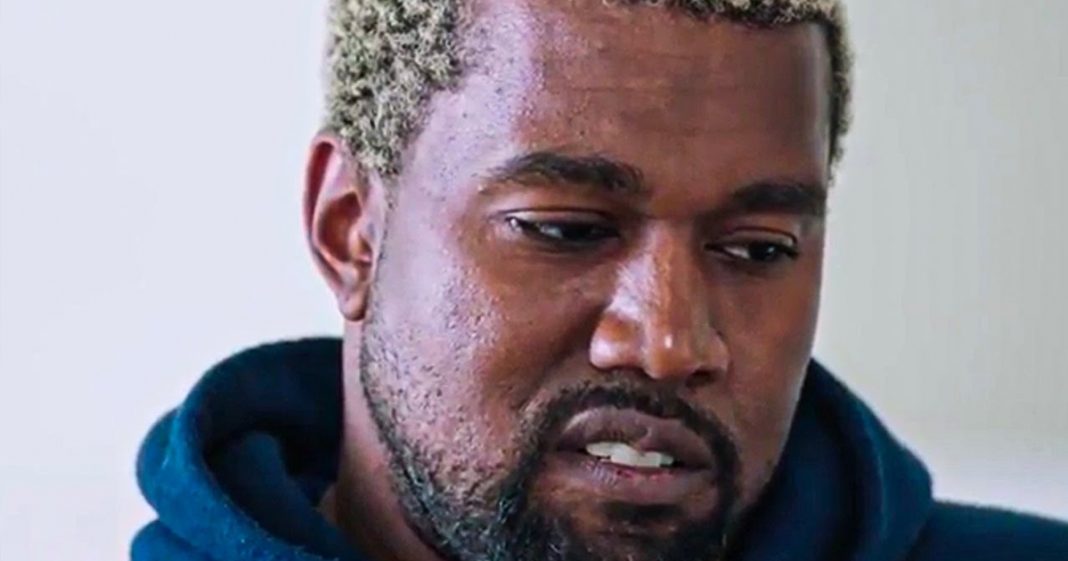 Kanye West is apparently still running for president – and apparently still breaking the law with his campaign. The West campaign has failed to turn in their monthly campaign disclosure forms, running afoul of FEC laws and keeping their backers a complete secret from the public. This is likely intentional, as the entire campaign is nothing more than a ploy to siphon African American votes away from Joe Biden. Ring of Fire’s Farron Cousins discusses this.

In case anybody forgot Kanye West is actually still running for president of the United States. And in case anybody was wondering, it does appear that Kanye West presidential campaign has in fact broken the law multiple different times. The most recent time actually came just 11 days ago when Kanye West campaign missed a monthly filing deadline where they had to turn over their monthly financial disclosure reports, that deadline was August 20th. You’re supposed to turn one in for every presidential campaign every single month at the same time. So that the FEC, the federal election commission can know who you are paying. You know, where’s the money going. Presidential campaigns raise a lot of money and you gotta be able to account for it. Otherwise that’s, you know, campaign finance violations and you you’re looking at a potential prosecution for that. We’ve seen Republicans get prosecuted for it in the last year.

It’s a thing that happens in Kanye West butter, make sure things are on the up and up, but it’s kind of hard to do that when you fail to report your finances. Now there is a catch to this. If Kanye West presidential campaign does not spend a hundred thousand dollars at all, they don’t have to file the form, but here’s the thing they qualified for the ballot in Oklahoma. In order to do that, you have to spend $35,000. So we know they’ve spent at least $35,000 in one state they’re on the ballot. And eight other States, the chances of them not having spent $100,000 are virtually nonexistent at this point. And even though Kanye West has missed the filing deadline for 30 States in this country, he’s gotten on nine. So there’s 11 more that he thinks he can get on. And he thinks he could win the electoral college.

I guess actually that’s stupid. I’m not even going down that route because we know why Kanye West is running for president. He’s made it clear. He is running for president to siphon off African-American votes from Joe Biden. So far, no African Americans are falling for that because they’re not as stupid as Kanye West wants to think that they are like, he’s used to being around Republicans. So he thinks everybody’s stupid. Cause that’s what he’s used to. But then once you go out there in the real world, which Kanye West has been divorced from for 15 years, at least yeah, go out there again, bud, look at what’s happening to people. They’re not as, They’re not stupid, Certainly nowhere near as stupid as you’d like to think they are.

You thought by virtue of the color of your skin, you could get people whose skin was the same color to vote for you. And that’s all it took that that’s all they needed. That’s not how it works. Thank God because you’re a charlatan. You’re a con man just like Donald Trump. And you’re probably running in illegal campaign as far as we can tell from what’s happened so far. Um, in addition to the potential legal violations of not filing his August campaign finance report, there are also reports that he has been in collusion with the Trump campaign, with their advisors. They are helping him allegedly get on the ballot in other States. And if that is true, if that is found out, that is also another, a federal election law that Kanye West campaign would have broken. And it’s also very likely why we have not gotten any of those financial disclosure forms yet, because if he’s paying the same people that Trump’s paying to do the same thing. Yeah. At that point, both campaigns could be looking at very serious prosecutable offenses.