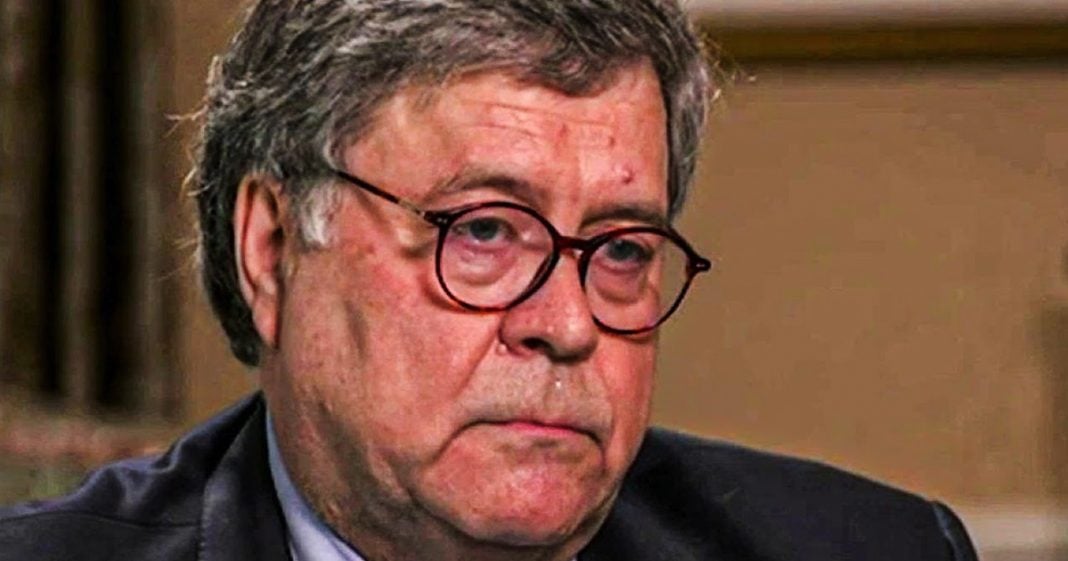 According to a new book by CNN’s Brian Stelter, Attorney General William Barr personally told Rupert Murdoch that Judge Andrew Napolitano needed to be silenced on his network because he was being too critical of Donald Trump. Napolitano had previously said that Trump should be impeached (back in 2019) and that was apparently the point at which the Justice Department decided to step in to protect the President from Fox News. Ring of Fire’s Farron Cousins discusses this.

According to a new book by CNN correspondent, Brian Stelter, uh, in October of 2019, attorney general, William Barr went to the New York pen house of Fox news owner, Rupert Murdoch to put pressure on Murdoch to pull judge Andrew Napolitano off the air. You see William Barr was getting upset because Trump was getting upset and Trump was getting upset about the fact that judge Nepal, Gitano had seemingly shifted his views about Donald Trump. I mean, earlier in the year in Nepal, Platano had been bragging to his friends that he was allegedly on the short list of people that Donald Trump would like to appoint to the U S Supreme court. So what happened between early 20, 19 and October of 2019, when this meeting took place, which by the way, the meeting was reported at the time. Uh, so this is not speculation. So what happened? The Ukraine story broke.

And it was at that time that judge Nepal, Gitano, who had looked at the facts, he had read the stories. He knew what was going on. He suddenly changed his tune. He said that what Donald Trump had done was criminal. He said that it was an impeachable offense. He was disgusted by the behavior of the president of the United States, reaching out to a foreign country to dig up dirt on his political adversary. And so Nepal Gitano was on the side of impeachment. Well, after just a couple of weeks of that, William Barr shows up at Rupert Murdoch’s house in New York and says, Hey, we got to have a talk about this Nepal Platano fella. And then even though according to people at Fox news, there was no official order given to pull him off the air. Uh, suddenly Napolitano started appearing on the network less and less. And when he did appear like on Maria Bartiromo show, he was given topics that were not at all related to Donald Trump’s or that he couldn’t trash Donald Trump, Nepal Platano himself. According to this book by Selter Stelter said that he thought it was these, you know, 20 something producers who thought people couldn’t handle my analysis. He thought that’s what was happening. Um, but it turns out it was actually the old guy, Rupert acting on advice from the attorney general of the United States, because you were pissing off the president.

Um, here’s the thing the president of the United States has absolutely turned the justice department with the help of William Barr into his personal law firm. William bar’s the new Michael Cohen. You know, this used to be the kind of thing that Michael Cohen would probably handle. Trump would get pissed off about something, give Cohen a lot of money and say, Hey, deal with this, make this problem go away. That’s what a fixer does. That’s why he was called a fixer because he fixed things. Not Cohen’s behind bars. The two had a falling out. So who does Donald Trump turned to the attorney general of the United States and Democrats in the house are still a little leery about, Oh, I don’t know if we should impeach him. I don’t know if it’s worth it. It is worth it. You’re not going to get them out of office. Absolutely not. But this jackass needs to be impeached.

Every activity that he is engaged in that is outside of the scope of his power, which includes demanding Fox news, pull a Trump critic off the air. That’s the kind of stuff that needs to be investigated. This is the kind of stuff that needs to be public knowledge. The American public needs to understand what the attorney general is doing and who is telling him to do it because that person is Donald Trump. This is behavior that signals the downfall of the United States when the president of the United States is so thin skinned and averse to following the law, that he is the attorney general demanding a network, pull somebody off the air for criticizing him then. Yeah, we’re officially a banana Republic at that point.