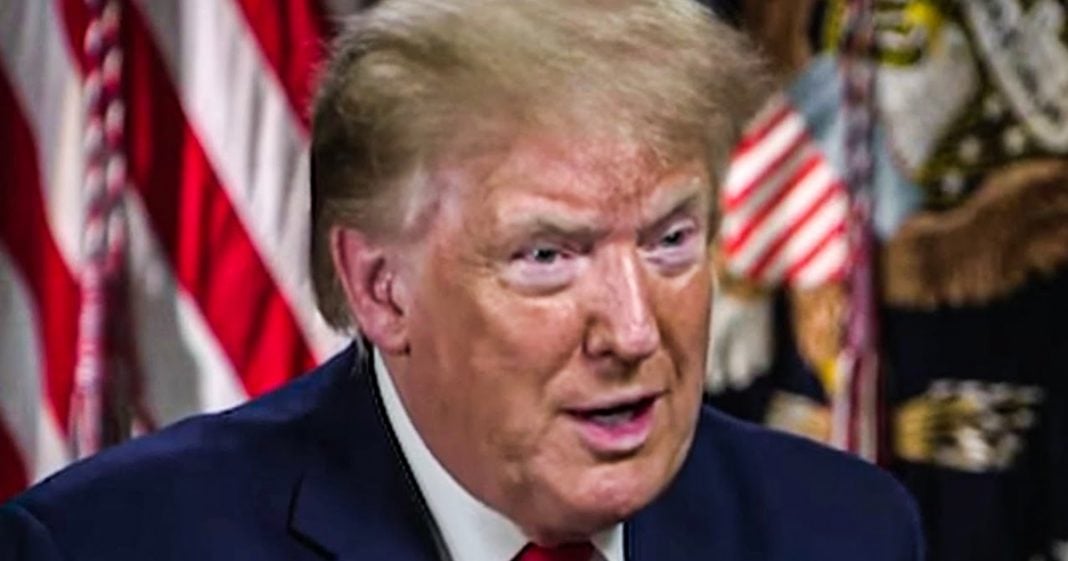 Experts are warning that, if Trump wins reelection and follows through on his promise to eliminate the Payroll Tax, Social Security will be bankrupt in fewer than three years. This program is the only thing keeping millions of senior citizens from living on the streets, and Trump’s desire to give himself a tax cut is literally going to kill people. Ring of Fire’s Farron Cousins discusses this.

That’s what we’re facing in November. The complete decimation of social security, because Donald Trump wanted to give himself a tax cut because let’s not forget this 15.3% payroll tax, uh, of which the payroll tax holiday goes into effect September 1st, uh, for the next few months. Cause that’s how he wanted to help with the pandemic. A payroll tax cut it’s 15.3%. Half of it is paid by you. The taxpayer, the other half of it is played. It paid by your employer. So who’s an employer, ah, the Trump organization’s and employer, all those people that work for them that actually receive sour salary or hourly payments, they have to pay a payroll tax on them, the trumpet organization. So by cutting the payroll tax, they don’t have to pay that anymore. And that’s, you know, seven point something, 7.6, 7.7% of their employees, uh, pay. It’s pretty significant. And it’s supposed to be because that is what funds social security that allows millions of people to actually be able to retire and not end up living on the streets, but Trump’s about to do away with it. And then within two years of signing that executive order, which he says he’ll do, if he’s reelected, it’s gone, social security will be gone.

We cannot let that happen. But here here’s the thing that also drives me insane. When he signed this payroll tax cut. He didn’t necessarily mention that, you know, corporations get a big tax cut from it. Uh, he talked about the fact that he’s giving you a tax cut. He’s putting more money in your pocket, except that you have to pay that money back. He didn’t tell you that C your about to see, uh, you know, the 7.6 or 7.7, whatever the percentage thinks 7.6 and a half anyway, uh, that’s not going to be coming out of your paycheck anymore. So, so that’s cool, right? So you, you get that extra money except it’s only temporary. And as I mentioned, he, as president actually doesn’t have the authority to eliminate a tax. Only Congress can do that. So E’s just delaying it. So sometime next year, after his little, you know, temporary postponement, uh, expires you won’t be paying 7.65%.

You’ll be paying 15.3% for four or five months or however long the temporary postponement goes on for you’re going to be end up paying double some point next year. So it may help you out slightly now, but then next year, it’s totally going to screw you over for a couple months too. That’s what’s going to happen with this regular average working Americans getting screwed by this, the people who lost their jobs, getting nothing out of this, but Donald Trump gets the pocket. God knows how much money while at the same time, having the side effect of completely destroying social security.