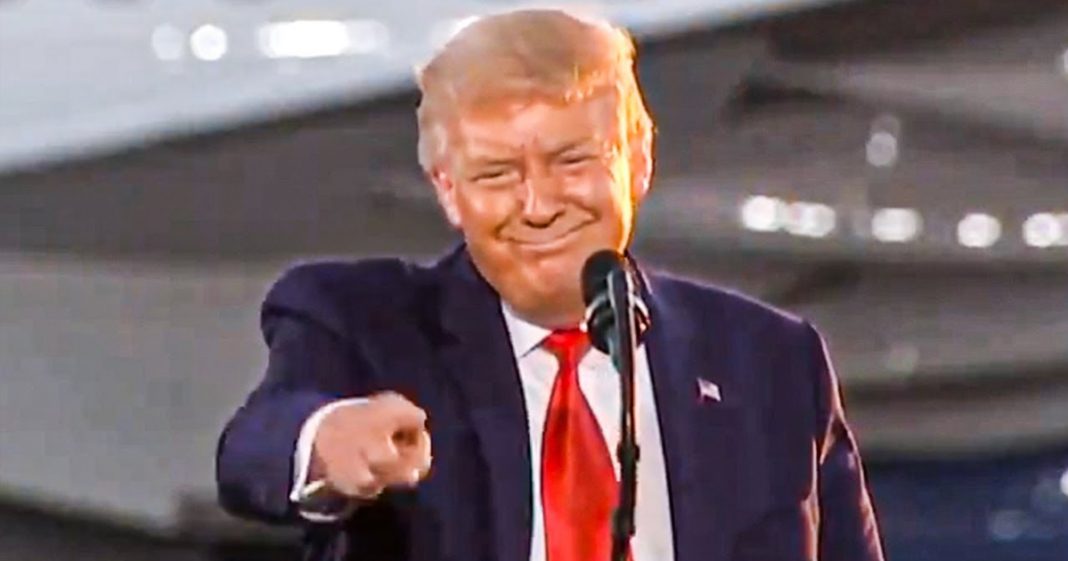 During a truly bizarre speech to supporters in New Hampshire on Friday, Donald Trump went down a rabbit hole and started talking about protestors that ended with him saying that he doesn’t talk about his own ass. While it is unclear why he decided to make that deranged proclamation, his attacks on the protestors is his attempt to convince people that only he can keep them safe from his own version of the country. Ring of Fire’s Farron Cousins discusses this.

On Friday, following the conclusion of the Republican national convention on Thursday, Donald Trump headed up to New Hampshire, uh, to do a rally up there because I guess he doesn’t understand how electoral delegates are divided up. But anyway, he went to New Hampshire because he thought that’s where he needed to be. And he gave a speech that like of her other speeches he gives was, was truly bizarre, but it got even more bizarre when he started talking about the protesters who greeted members of the GOP after the Thursday evening finale of the Republican convention. And then he started talking about his ass and I don’t quite know why. So, uh, here is Donald Trump in his own words, talking about not just his ass, uh, but the protestors assets here it is. If anybody can make sense of that, uh, please do let us know, uh, feel free to send us an email, leave a comment on here to explain exactly what the hell the man was talking about. You know, protesters your ass. I don’t talk about my ass.

What does it even mean? Like, like where is this conversation even going? And if you watch longer versions of the clip, it still doesn’t make any sense. In context, he just decided to throw in those little, I don’t talk about my ass protesters, your ass. Okay. Those aren’t even complete thoughts coming out of the mouth of the president of the United States. Yet he has the audacity to tell the same crowd that same night night that, uh, Joe, Biden’s not all there mentally. Uh, okay. Have you, have you heard you because that’s not a normal safe statement that that’s not a sentence that a person with a fully functioning brain would, uh, would give, but Hey, you did it. And after all, you were trying to make a point about the protesters who, uh, greeted members of the Republican party as they left. You brought up Rand, Paul.

Oh, that poor little terrified guy leaving there. And he had to have the cops around him. Cause people were get this yelling at him, turns out being a horrible piece of shit. Uh, especially when you’re a lawmaker kind of comes with consequences. You piss people off. They’re going to let you know about it because it’s actually their job to let you know about it because you work for them. They weren’t violent. Uh, they, they didn’t do anything to hurt you. Rand. It’s not like it was a bunch of your neighbors out there threatening to beat the crap out of ya, just angry Americans who wanted you to do something for the first time in your life. They wanted you to listen. That’s what that was. But these Republicans can handle that. They can’t handle being confronted with these plebs, right? With these average work a day, Americans who are angry and rightfully. So there is a lot in this country to be angry about right now, probably a lot more than there is to be happy about. And by God they wanted these Republican lawmakers to know that. And Trump tried to turn it into an attack on Biden yet ended up looking like an ass because he started talking about his ass.