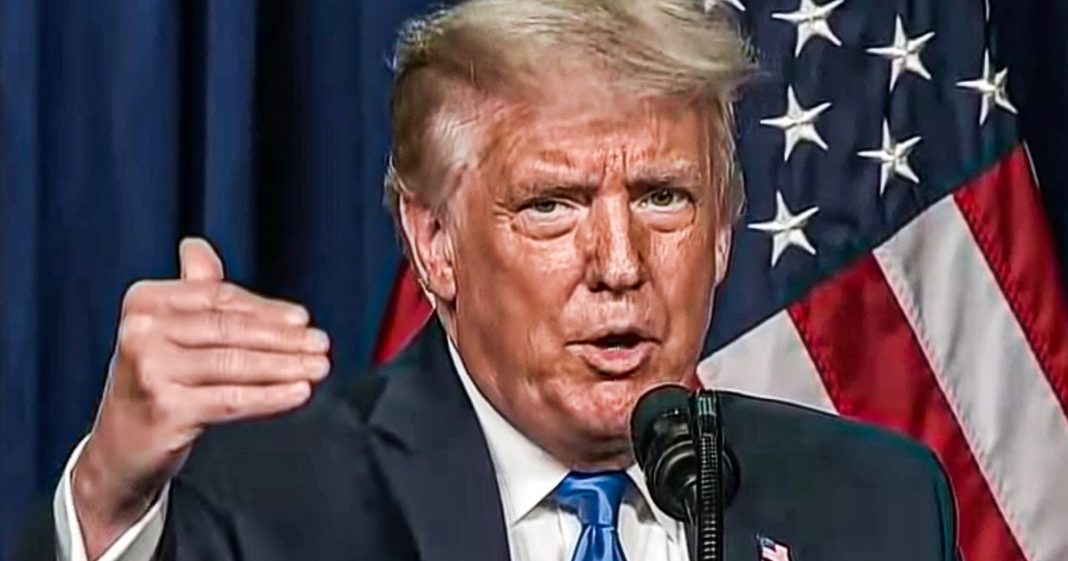 Donald Trump had told the American public that he would be issuing an executive order to lower prescription drug prices for Americans by Tuesday, but the day came and went without any such action. Americans are dying because they cannot afford their medications, and Trump is dangling this executive order in front of us in the hope that he can gain a few votes out of it, without any intention of actually signing it. Ring of Fire’s Farron Cousins discusses this.

On July 24th, Donald Trump signed a series of executive orders aimed at reducing drug costs for American citizens. Uh, there was one executive order on that day, however that he decided not to sign and instead said he was going to give drug makers one month until August 24th, to work out a deal to lower drug prices for people on Medicare. If they did not reach that deal by August 24th, he was going to sign this executive order, forcing drug companies to give Medicare recipients. The federal government basically most favored nation prices, which means whatever these drug companies were selling their drugs for across the planet, wherever they sold them for that lowest price, that is the price that the federal government would pay to get those drugs for people on Medicare. It’s smart. That’s a good thing. That’s something we should do. And it’s something Trump said he was gonna do on August 24th.

If the drug makers didn’t make a deal, the drug makers didn’t make a deal, but we’re now on August 26th, two days past his deadline. And we don’t have that executive order yet. Donnie we’re waiting on it. It would be phenomenal. It would be a very, very good thing that you could do. So I’m sure some people are out there thinking, well, maybe he forgot after all it’s a busy week, right? The Republican national convention is happening. There’s still a pandemic. He’s got other things on his mind. Well, you see, that’s the thing Monday evening, actually the, the day, the day he was supposed to in that deadline and sign it, he mentioned in his RNC speech that he already signed the most favored nations clause, signed it in an executive order. He says, except that he didn’t executive orders are our public record. We can see that. And he never did that. So he is out there lying to the world saying I did this thing to lower your drug prices. And guess what folks, he didn’t actually do it. He didn’t do it. He didn’t forget about it either because he said it on the day that his self-imposed deadline was that he had done it, but he didn’t do it. He should do it. There’s literally no reason why he couldn’t or shouldn’t, or wouldn’t do it.

But he’s not. I mean, dude, if you want to put this election in your pocket right now, lower prescription drug prices for Americans and not just for those on Medicare, although that would be a decent start, do it for everybody straight up sign a most favored nations executive order for everybody in this country. Then suddenly instead of your insulin costing a couple hundred bucks a month, that cost a couple of dollars. Suddenly your epi pens are no $650 a pen, a couple bucks, and you’re good to go. Suddenly we’re no longer having to break the bank. When we go pick up our prescriptions or simply tell the pharmacist, I’m sorry, but I can’t afford it. You’re going to have to put that back. I’ve had to say that I’ve had to say that this year

And millions of other Americans are in the same boat, but instead what this president is going to do, rather than signing this executive order, like he should, this would be a good thing. This would help when you millions of votes, by the way. Not that I want you to win at all. I want you to lose, but by God, if had you do something to actually help some Americans, then let’s do it. But you won’t do it because you don’t actually care. All you want to do is dangle this in front of us and say, follow me, follow me, come on, you get closer to it. You get closer to it. Just come on, follow me. Ah, you fell off the cliff cause you weren’t watching where you were going. Cause you were paying attention to the shiny object. That’s what he’s doing with this. We will never under Donald Trump, get that executive order under Biden. We might be able to push for it. Choose wisely.