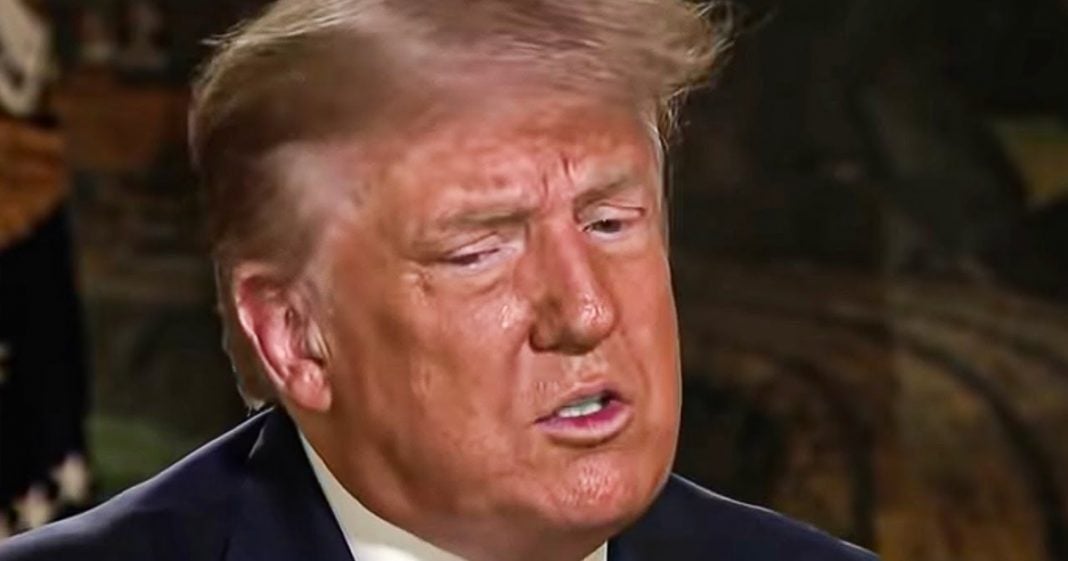 According to new reports, Donald Trump has paid himself more than $2 million from donor money to his campaigns by making sure the money goes to his resorts and hotels. By holding events at properties that he owns, he gets to charge outlandish fees to himself and then pay those fees out of his campaign money. The whole thing has been a grift from the start, as Ring of Fire’s Farron Cousins explains.

According to a new report from Forbes based on Donald Trump’s campaign’s financial disclosures. The Trump campaign has managed to put more than $2 million back into the pocket of the president to put it another way. The, uh, people donating to Donald Trump’s campaign, the rich and the poor alike, whether you’re giving $2,000 or $5, Trump is stealing money from you, and here’s how it’s happening. The same way it’s happened since day one, Donald Trump’s presidential campaign and the RNC itself, by the way, are using Trump’s properties for election events. And just for straight up headquarters. In some instances, they’re paying rent, both the Trump campaign and the RNC to a Trump’s property in Manhattan, Trump tower, they’ve rented space there to, you know, run the campaign. So they’re having to pay tens of thousands of dollars every couple of months for the rent on those spaces.

Then of course you have all of the other events taking place at other Trump hotels down at Mar-a-Lago, you know, up in Bedminster, all of that, where rather than allowing your campaign to use this space for free, because you own it, you’re actually charging them for lodging. According to the report for food, for everything, every single thing, you’re not even cutting them a deal, charging them full price. And in fact, according to some reports jacking up the prices a little bit, just to squeeze a little more money out of there and all of that money, because he hasn’t divested from his companies, goes back into Donald Trump’s pockets. And so far this year it’s to the tune of $2.3 million folks, it’s been a grift from the start. And I think everybody on the left from the neo-liberals to the democratic socialists has been warning the country that this campaign, this administration has been a grift since day one.

All of us have said it, but at this point, if you’re still willing to send $5, $20, $2,000 to Donald Trump knowing full well that he is going to use this money to essentially pay himself by laundering it through his own properties, then you know what? Keep on keeping on good on Trump, right? Good on him. You know, your audience, you know, your mace, you know who you can con and who you cannot. You know that our campaign finance laws are screwy so that you’re able to do something like this. Even though this should be blatantly illegal, it’s a massive conflict of interest, but technically not illegal. So good on you. Keep stealing money from your base. I’m not kidding. I’m not kidding. Keep doing it. You know, it’s like the old expression. It says a fool and their money are soon parted and you’re making dang sure of that with your campaign, you’re taking lots of money from lots of fools and you’re putting it back into your own pocket and they know this. They’re just choosing to ignore it. So as long as they choose to ignore it, Donald keep doing what you’re doing and take money from these poor, poor people that you’re counting. Because I think most of them understand that they’re getting conned. They just don’t care. And if that’s the case, keep on keeping on right.