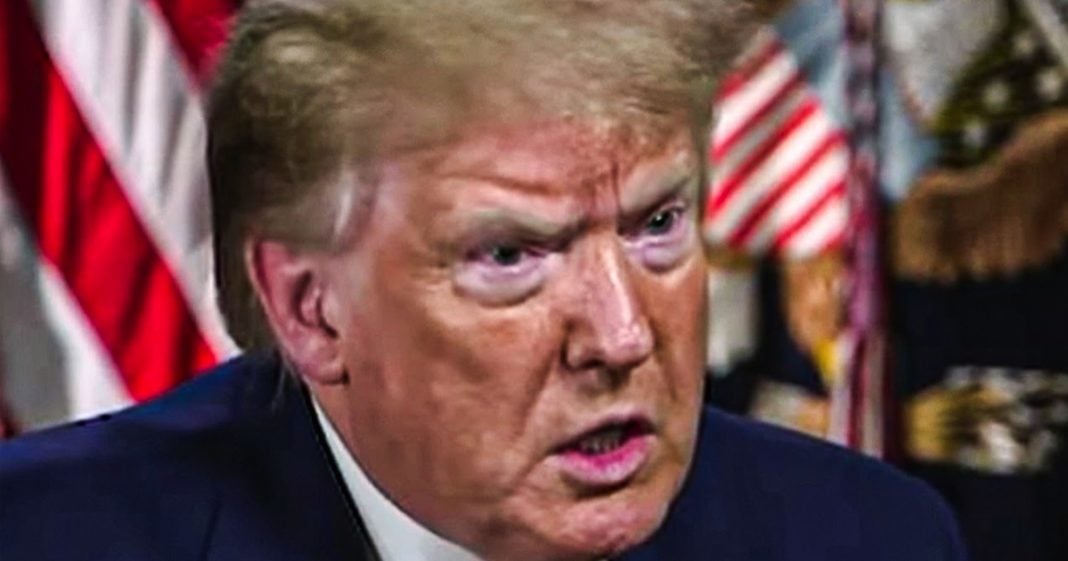 Trump’s team within the Republican Party is assembling an army of “Poll Watchers” to help intimidate voters when they are standing in line to vote. These tactics are frequently illegal, but the Trump campaign is desperate for a win and they don’t care how many rules they have to break to get there. Ring of Fire’s Farron Cousins explains what’s happening and what people can do to protect themselves from these right wing poll trolls.

Recently Donald Trump made the comment that he was planning on sending a off duty sheriffs off duty police officers, all armed by the way, possibly even state attorneys general to polling places during the 2020 presidential election. You know, just to make sure that there’s no shenanigans taking place. Uh, this move by the way, has been described by many legal experts as completely illegal. But we know that hasn’t stopped the president in the past, especially when it comes to trying to suppress the vote. And that is what this is all about. We are watching a desperate, desperate man right now, do whatever he can with no regard for whether or not it’s legally allowed or not. He’s doing whatever he can to save his job. You know, that’s why Louis Dejoy went out there and ripped all the machines, the mail sorting machines out of the post offices forbidding over time.

They’re still leaving the loading docks with bags of mail sitting on the loading docks, half full trucks out, even though he said, he’d stop. He didn’t stop. So that’s where we’re at today. And now Trump says maybe a minute send armed police officers to polls just for funsies. And what that does as we have seen in the past is that acts as an intimidation effort to get people to leave and not cast a vote. These off duty officers that the president is actually thinking about sending out there. We don’t know if he would actually be able to do this at the moment, but the suggestion enough warrants discussion, uh, they would act as essentially poll Watchers and they would go out there. Cause we know by the way, uh, the RNC is going to recruit tens of thousands of people they want to get. I think it’s 52 or 54,000 poll Watchers across the country to go to the polling sites, go up to people in line and say, are you legally allowed to vote in this country?

Where are you from? Let me see your ID. They’re going to do all of these things to try to intimidate and harass people to leave the line. You do not have any obligation. What so ever to answer their questions or to comply with anything that they ask you to do. That is what I want everybody in this country to understand right now, unless it is an on-duty police officer that asks you, um, you know, to show an ID to them, which unfortunately it’s a police officer do it, um, beyond that. Uh, and of course you have the right to ask them why they need to see that what it’s related. And of course get the whole thing on film if you can. Uh, but other than that, if a human being walks up to you while you’re standing in line to vote and asks you a question about your voting status, asked to see any kind of documentation asks.

If you’ve ever been arrested, you do not say a word to them. There will be election protection organizations. And as we get closer to the election, we will be giving out those phone numbers, go find them, keep that phone number on you. Because if somebody comes up to you and starts asking questions, you call that number and you report it immediately. These poll Watchers are illegal. In most areas, you cannot do this. They have no authority over you two. And that’s the most important thing. They have no authority. When you get up there to get your ballot. That’s when they may ask you to see your ID. If you’re in a state with voter ID, they’re the ones who are going to ask you a question. They’re going to ask you, what’s your name? You know, is this your precinct? You answer their questions, the poll workers question when you’re getting your ballot. But up until that point, you are under no obligation to answer any questions or talk to any human being that comes up to you while you were in that line, don’t do it. Don’t be intimidated. Don’t let them get in your face. Don’t let them threaten you. They have no authority. They have no power. But what they’re trying to do is to a take away what little bit of power you have, and that is your vote.