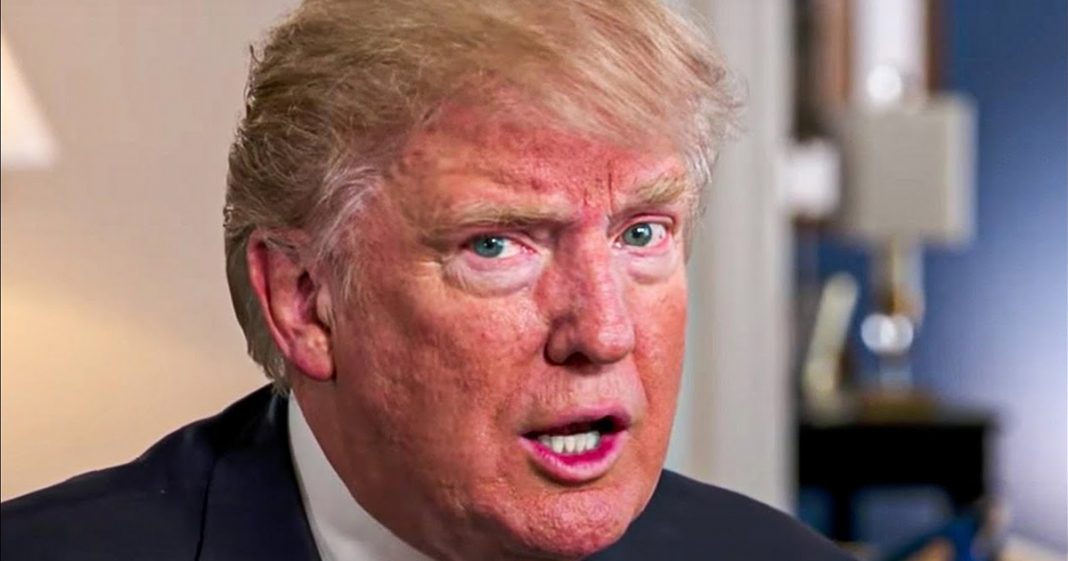 Democrats are feeling confident right now; perhaps a little too confident. The polling numbers look good for Joe Biden, but this race is far from over and some of his numbers are actually worse than Hillary’s in 2016. When you factor in all of the voter suppression taking place and the attacks on the post office, things could easily go south very quickly for the Democratic Party. Ring of Fire’s Farron Cousins discusses this.

You know, I know the polls right now look really bad for Donald Trump. They look really good for Joe Biden and that is, you know, a reason to kind of be excited the way it looks right now, absolutely feels and seems based on what we can see, the quantifiable data that Donald Trump’s days in the white house are numbered. And that it’s a very small number. How, however, this is always very important to keep in mind. Things looked just this rosy for Hillary Clinton back in 2016. And in fact, according to some of the swing state polls that have come out this week, things actually looked better for Hillary Clinton in 2016 than they do for Joe Biden in 2020, the swing state polls that have been released this week show that yeah, Joe Biden is winning in nearly all of them, but by smaller margins than Hillary Clinton was at this point in the 2016 race.

And we obviously know Hillary Clinton did not end up winning those swing States. Uh, and that’s what essentially cost her the electoral vote. She won the popular vote, but without those swing States, you’re not going to get the electoral vote. Biden is polling ahead, but he’s not pulling ahead. In fact, his numbers in the swing States are getting slightly worse. Now we could be in for a new round of polling, and I know we will be that’s all people do. And the run up to the presidential election, nothing but polling. It’s a lot of numbers. We’re going to have new polls that are gonna come out following this Republican convention this week, probably not going to be wonderful for the Republicans. This was not a good convention. This was not anything that, uh, you should be proud of. Not exactly gonna be wanting to stick in the archives for future generations to enjoy.

Uh, but nevertheless, there’s going to be polling and we’re going to find out exactly what happened. Did you go up? Did you go down? Did you not change? Not changing is typically not what happened. So you’re either going to go up or you’re going to go down, given the freak show you’ve had, it would not surprise me if you went down now that could help Biden. But I think overall, what we have to do right now is we have to understand that arrogance has no place in this race at the moment. Cockiness has no place in this race. You can be confident if you would like, but folks, Donald Trump has a very real chance of winning this thing right now, like Biden. I, I still personally and not convinced that Biden has this in the bag. I’ve never been convinced he has it in the bag, but as we inch closer to it, I’m thinking more and more that Trump is gonna win this thing in spite of what the polls tell us in spite of what’s going on, because there are so many hurdles coming up in the next two months, not to mention the fact that Trump and his Republican bodies all over country have done everything possible to make sure that you don’t, You get to vote. They have dismissed.

They told the entire postal apparatus in this country just to take away your right to vote. Then of course we have all of the voter suppression laws with voter ID, uh, the shutting down of polling places, the changing the early voting hours and all of that stuff that has happened. The poll tax down here in Florida, all of that is designed to present, prevent you from voting them out of office. So we got that work and against us, we have the debates coming up. Those do change people’s minds. And if Biden goes out there and gives a bad performance, that could be the end. He is capable of giving a performance so bad that it ends his, uh, you know, run essentially not saying he’s going to drop out. I’m just saying he may not be able to recover from it. He’s not exactly good at recovering from things as the problem.

Trump on the other hand has managed to come back from a lot of things that should have ended his career. The access Hollywood tape is the best possible example. He was elected after that happened. So who knows right now, regardless of what the polls say, regardless of your gut feeling, regardless of whether you feel an arrogant or cocky or terrified, it’s 50, 50, this election can and will go either way. What it’s going to come down to is how many people actually show up to vote. If that number is super super high Biden, has it. If the voter suppression from the Republicans worked get ready for four more years of Trump.