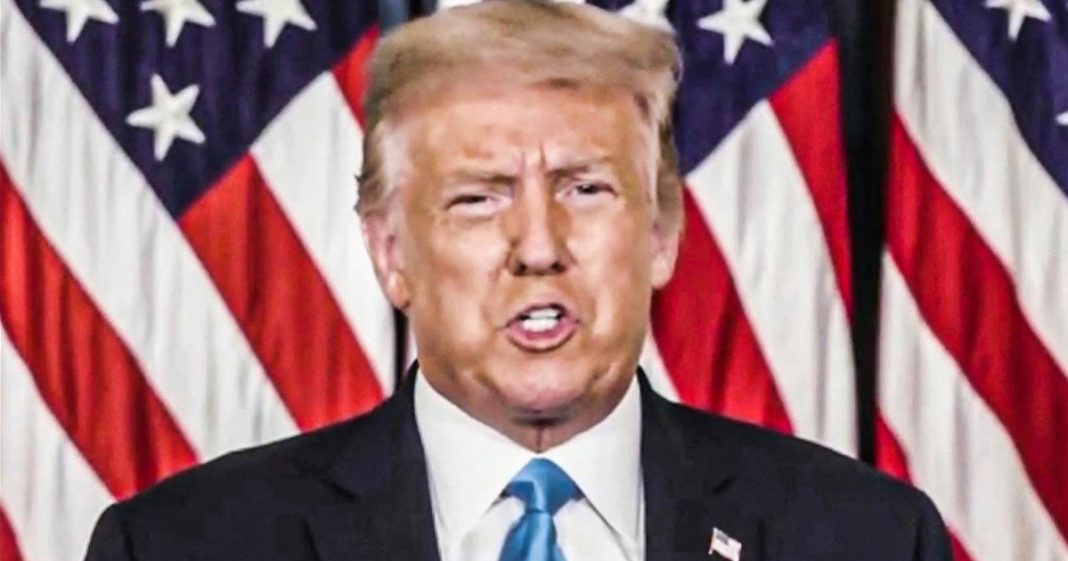 The 2020 Republican convention is now in the past, and we can move on from the nonstop parade of lies. And even though the misinformation coming from the convention was the big takeaway for most people, we should be far more concerned about the fact that there is no platform and we weren’t offered any policy positions at all throughout the entire week. Ring of Fire’s Farron Cousins discusses this.

Well folks after four days, four nights, uh, the Republican freak show known as the Republican national convention has finally come to an end. And the fact checkers are going to enjoy a much deserved weekend break. Cause let’s be honest, uh, as the facts, checkers themselves have been telling us all week, this whole thing has been a parade of dishonesty that is according to CNNs Daniel Dale parade of dishonesty. That is the exact phrase that he used to describe this week. And, uh, I think if anything, that is an understatement, uh, this was not just a parade of dishonesty, a parade of lies. This was Republicans presenting us with an alternative reality that none of us have access. Thank God because the vision of America that they currently see is not anywhere near what we’re seeing right now. And the vision of America that they see under Joe Biden is physically impossible because Joe Biden is not as radical or as insane as they tried to paint him all week lawn.

Even with the lies, even with the screaming, even with the millions of flags that they use throughout the week to show that by God we’re Patriots, we just spent $8,000 on flags. Look at how much we love this country. Um, even with all that, the biggest takeaway had nothing to do with any of that. For me, after four nights of Republicans talking, laying out their plan for America, the one thing that emerged to me was that they don’t have a plan for America. Now we learned before the convention even started, that the official GOP platform was going to be that we don’t have an official GOP platform. We’re going to go with whatever Donald Trump says. Uh, that’s that’s bad policy. That’s bad politics, but it’s what they to do. They officially became a Trump owned property at that point. But even still, this was Trump’s convention.

He was there every night. He was the focus. He was the feature and that is it. They don’t have policy. They don’t have ideas. All they have is this fictitious version of the United States that they claim we live in right now that they want to keep building upon. But what we really have is a country where 170,000 people so far have died unnecessarily from a very containable disease. Had we had leadership at the top leadership from this administration, that number wouldn’t exist. Oh sure. There were, there would still unfortunately be deaths, but it wouldn’t be 170,000. It wouldn’t be a hundred thousand that’s on him and he has no plan to contain it right now, either. In fact, we as Americans, we’re just going back about our business. I mean, schools have reopened. We’re pretending this thing doesn’t exist. Restaurants are reopening. People are eating out again.

Like it’s not a dumb idea. It is. It is a very dumb idea. And it’s a very selfish idea for people. I know we have to support these workers. We have to figure out a way to do that. But again, that comes from the top of the government had this country done. What other countries did give citizens $2,000 a month, $3,000 a month throughout the duration of this pandemic, people could have afforded to not have to brave the pandemic and unnecessarily go back to work when they’re not an essential worker, but instead servers and other people in service industries, they had no income during this time. So they had to go back to work. They have to risk their health and safety because people still want to go out to eat.

Had we taken care of them? This wouldn’t be an issue. Had we done what we should have done at the beginning of this pandemic? We wouldn’t be in the situation we’re in. Now. We would be more like the rest of the world. That’s already opening back up with safety precaution. Sure. But they’re not opening up prematurely. They’re opening up because they got it under control. You take these few little safety measures and we go from there, but Trump doesn’t have a plan to contain this. He doesn’t have a plan to deal with it. And that was on full display this week, also on full display this week, the fact that he doesn’t have a plan for dealing with the tanking us economy. And again, that is related to the pandemic. But as I’ve been saying for years, we were always on the verge of another recession. Economists had been telling us for years, all it took for this little economic bubble we were in is one tiny pinprick that pinprick could have been a massive stock market crash, which we did have, could have been a pandemic, which we had could have been a massive spike in unemployment, which we had could have been one of a million different pricks. And unfortunately our bubble got pricked by all of them.

So how do we rebuild it to where we’re not susceptible to those tiny little pinpricks, destroying everything. Trump has no plan for that. No, The Democrats don’t either by the way, but Trump definitely doesn’t. We have to rebuild the entire economy, not just what was destroyed during the pandemic. We have to go ahead and tear the rest of it down to rebuild it so that it works for the workers. Because if not, if we were built at the same way that it is right now, we are going to leave ourselves just as vulnerable to the next issue that comes along. And there will be issue because there’s always another issue. Whether it’s a housing, a bubble bursting, whether it’s another pandemic, you know, these aren’t all that uncommon. You know, whether it’s a robo signing scandal, whether it’s a market crash, who knows what the next thing will be, but we do know the next thing will be, and we’re rebuilding our economy or at least we will. Once we get to that point, at least it’s going to be rebuilt the same way.

Trump doesn’t have a plan to protect it in the long run. And that’s what this country has been sorely missing for 40 years. How do we protect the economy for good? And that means you have to rebuild it. You have to do something about inequality. You have to strengthen the unions. You have to reduce CEO pay. You have to do all of these things that unfortunately require a complete tear down and then rebuild. And nobody’s willing to do that. At least not enough, people are willing to do that, but that’s where we’re at today in terms of other issues, the environment that was completely absent from the Republican convention. So no movement on global climate change, even though we’ve had a hell of a week in terms of climate change, the fires in California, that by the way, uh, the, the firefighters, the officials in California have said, we’re not even close to putting these things out. Like we’re not close. This is going to go for a very long time. That’s a climate change related disaster folks to storms in the Gulf of Mexico. Thank God hurricane Laura, which at one point had 150 mile an hour winds recorded waves inside the storm, 40 feet tall. Luckily it died down from a very strong four to a category two before the I made landfall

Still Passive devastation from that storm massive, uh, issues from Marco, both of them were in the Gulf of Mexico at the same time. That is rare. That’s a climate catastrophe. And those were missing from this week. Republicans have no plans. Republicans have no ideas. So why on earth would you trust them with another four years.