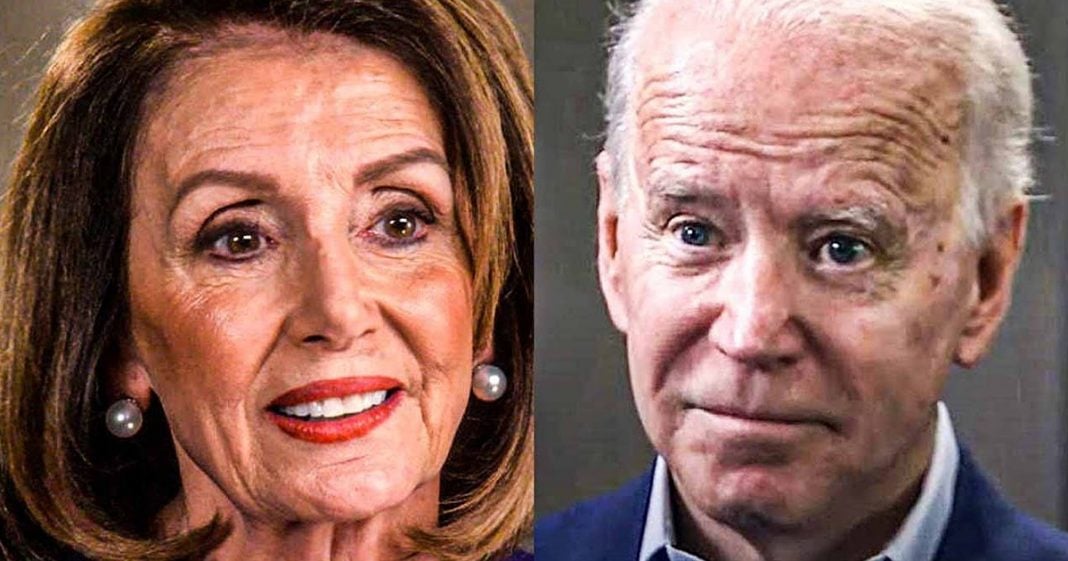 Democratic Speaker of the House Nancy Pelosi said on Thursday that Joe Biden should just skip this year’s presidential debates because he shouldn’t “legitimize” Trump by talking to him. This is the worst advice that you could ever give to a presidential candidate. During a time when Americans want to see a strong leader emerge, the last thing Biden needs to do is be perceived as tucking his tail and running away. Ring of Fire’s Farron Cousins discusses this.

Yesterday Nancy Pelosi came out with some really, truly God awful advice for Joe Biden. And that advice is that Joe Biden should not debate Donald Trump. And in fact, we shouldn’t have presidential debates at all this year because according to Pelosi Biden should not legitimize this man by having a conversation with him, that is the worst possible advice. Now don’t get me wrong. I’m terrified of the debates. I mean, look back at the democratic debates. You know, we had about a hundred of them. We got to see firsthand how Joe Biden handles himself. And it’s not anything that any of us should be like super confident and happy about. The problem is the Republicans know that and they know, and they will say this, trust me, because they are already saying it any attempt by any prominent Democrat to cancel postpone or otherwise convinced Joe Biden to not go to the debates is only because we’re afraid of how Joe Biden’s gonna perform at the debate. Not because of its legitimising. Trump has Pelosi says, it’s going to look weak. It’s going to look pathetic and it’s going to look like we’re the ones who are scared. And I firmly believe that that is exactly why Nancy Pelosi

Saying this, but guess what folks, It is, what it is. We got who we got. That’s our candidate. We don’t get to cancel the debates a year ago, a year ago, a story started coming out. We, we covered them here. Uh, the Donald Trump may skip the debates. Donald Trump may not go to the debates and the left hammered him rightfully so. By the way, absolutely went all out. Mocking him, talking about how afraid he was, how ridiculous this idea would be. And here we are a year later and Nancy Pelosi, the speaker of the house of representatives is saying, Joe Biden, don’t go to this debate with Donald Trump. You should just not do this. No, no. You’re legit. Uh, legitimizing him don’t do that. Well, he is the president, whether you like him or not. And I don’t trust me. He’s a jackass. He’s a liar. He’s a hypocrite. He’s racist. He is still the president.

I mean, that’s pretty legit, right? Joe, Biden’s showing up and talking to him on stage for 90 minutes. Isn’t going to religious itemize that he already has it. Whether we like it or not, this is bad advice. But at this point I’m firmly convinced that the people advising Joe Biden, that’s all they have to give is just bad advice. Joe Biden cannot skip the debates. He can prep, prep, prep, prep, prep, and hopefully pull out a good performance. I don’t want him to get embarrassed at the debates. I do not want Donald Trump to win another term. Trust me, but skipping, the debates is going to make him look weak and is going to be a massive win for Donald Trump. Don’t do anything at this point with the polls, kind of closing a little bit, the poll numbers don’t do anything at this point that is going to make Joe Biden look weaker than Donald Trump. That is a mistake and I am, to be honest, quite shocked that Nancy Pelosi was killed Careless enough to actually even suggest this to Joe Biden.