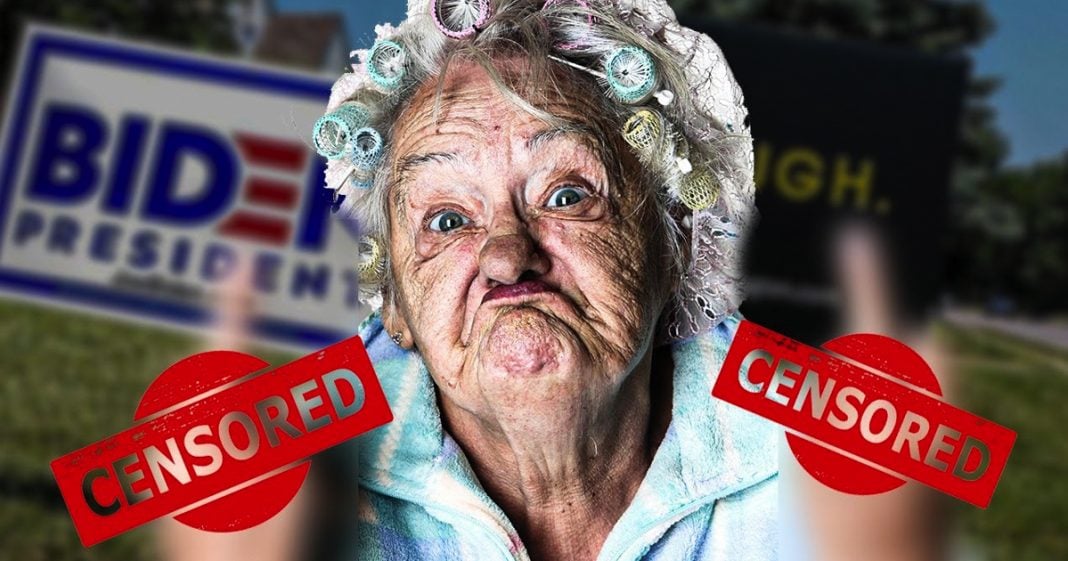 There’s a civil war brewing in a once-peaceful Florida retirement community, and the aggressors appear to be the Trump-loving senior citizens who believe that the President can do nothing wrong. In The Villages, Trump is seen by many of the residents as the best President ever, while the rest of the residents are ready for four years of anyone else. This has resulted in clashes, sometimes violent, between the elderly residents of The Villages. Ring of Fire’s Farron Cousins explains what’s happening.

Imagine if you will, you’re trying to get home from work. Are you trying to go and enjoy a nice quiet walk, but suddenly these hooligans, these thugs in your neighborhood starts screaming at you start telling you that you don’t belong here anymore, that they are taking over that they’re taking it back for them and they threaten you. And you’ve already seen them attack your friends. Maybe not that day, maybe the day before, but every time you go out, those people are there. They have made your neighborhood unsafe. And no folks, I am not talking about anti FA. I’m actually talking about elderly Trump supporters down in the Florida retirement community called the villages. Now just a few years ago, the villages was known as the place in the United States with one of the highest rates of sexually transmitted diseases. But today it’s known for something else it’s known for having such a violent elderly Trump supporting population that it has essentially erupted in a civil war down there in South Florida.

You have the Trump supporting elderly and you have the Biden supporting elderly folks down in this retirement community. And for weeks and weeks, there have been reports of fights breaking out among all these senior citizens over their politics. And for the record, most of it, yes is the Trump supporters being the aggressors. Uh, more reports came out this past weekend. We had talked about some of them in the past where they were going to do this, you know, golf cart to for Biden group, whatever it was. But the Trump supporters were plotting to throw roofing nails out under the road to pop the tires of their golf carts. A couple of Biden’s supporters have actually been physically assaulted, uh, down there in the villages. So it’s not all harmless like, ah, I rigged your golf cart to explode. No, my, that wouldn’t be harmless, but you know what I mean?

Like there actually are physical fights breaking out amongst this elderly population. And I’m sorry for laughing, but it’s kind of funny, right? These are elderly Americans. They’ve all retired. This is a retirement community. These folks are living down there in South Florida high on the hog because the villages is not cheap. These are all well-to-do people, some support Trump’s some support Biden, but either way, none of them are ever going to see their lives significantly change regardless of who, who gets elected. So they’re essentially fighting over nothing. They’re fighting over nothing other than the fact that they are so intolerant of one another, which pretty much has the Trump people against the Biden people are, they intolerant ones that they can’t even stand to be around them anymore. That’s that’s how divided this country has become. They can’t to be around them. They can’t stand to see someone that has a different belief than them.

That’s how sick this little retirement community has become. But here’s another thing. The other piece of this that I think is important. Uh, we have seen lots of people, lots of them on Fox news, actually, uh, talk about all the people up in Portland. They love to focus on Antifa and say, Oh, these young hooligans, they’re making these communities unsafe. You know, they’re destroying American cities. Uh, we actually right now have elderly Trump supporters blowing through all those Antifa stereotypes that Fox news and the Republicans are pushing, doing this down here in a well-to-do Florida community. It’s not just the young people folks. There is a trend though. It’s the Trump supporters going out there causing these ruckuses fighting people in the streets, being the instigators, and then as always trying to play the victim later on.