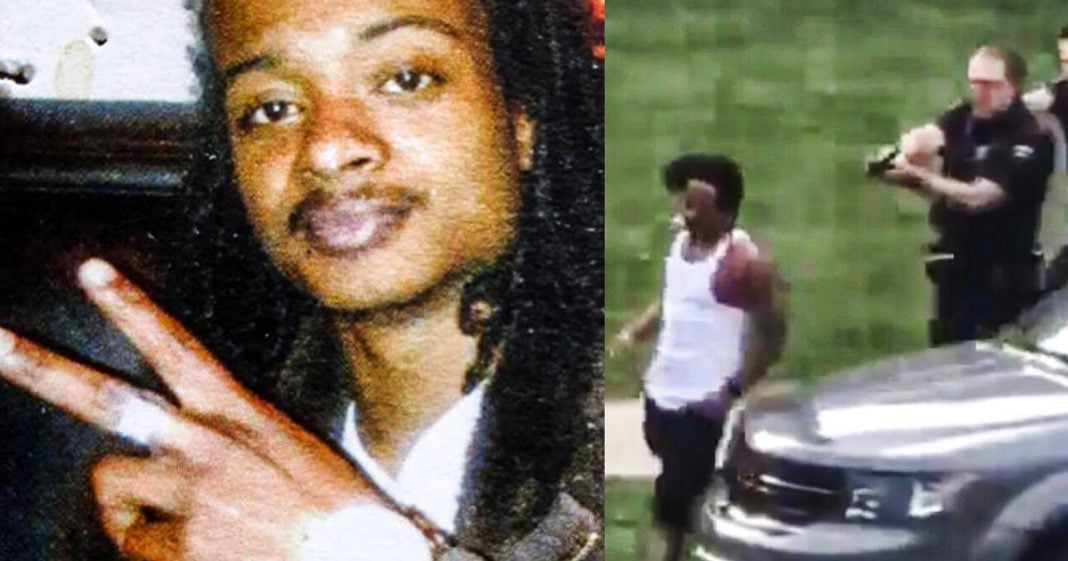 The video of police officers on Sunday shooting an unarmed African American man named Jacob Blake 7 times in the back proves that nothing has changed in this country. Even after 3 straight months of protests and civil unrest, police officers have not changed. Tearing down statues and renaming colleges and bases isn’t going to cut it – the police have to be reformed right now. Ring of Fire’s Farron Cousins discusses this.

If you’ve spent any time on social media in roughly the past 48 hours, uh, you have no doubt seen people talking about Jacob Blake, and you may have even seen the video of Jacob Blake being shot in the back by a police officer, seven times, Jacob Blake in Kenosha, Wisconsin. It was a black man. Um, somebody had videoed this traffic stop of mr. Blake. You know, there’s several cops there. They have their guns out pointed at him. He doesn’t seem to care. He’s walking around the vehicle. Uh, he has nothing in his hands. He doesn’t put his hands in his pockets or anything like that. And he walks over to the driver’s side door and he opens it and he goes to get in his vehicle all while he’s doing this, you have a cop behind him with his gun out, just walking right behind him. Um, mr.

Blake is not a, a big dude by any stretch of the imagination. And considering the fact that he was outnumbered, I think four to one, um, he was not like he was wearing football pads at any point when he was just casually walking around the car, ignoring the police officers, they could have deescalated the situation by just reaching out and just grabbing him. They could have done one of those tackles that they’re actually trained to do where you kind of wrap yourself around them and, uh, sweep the legs and you fall with them. So they don’t hurt themselves. Um, but they didn’t do any of that. They sat there. Guns pointed on him, waited for him to attempt to get in the vehicle. And then blank range. One, two, three, four, five, six, seven in the back three of his kids, three of his six kids were in that car, watching their father gets shot in the back seven times. So that’s probably going to cause some lifelong trauma for these children.

Mr. Blake is alive. He has gone through surgeries. Uh, he is now in stable condition. He is expected to survive this. Thank God. He’s got a rap sheet. Yeah, that’s what Republicans have been talking about for the last 48 hours too. He’s got a rap sheet. He was wanted. He’s a criminal. So why not shoot him? Because that’s unconstitutional idiots. You know that document that you all claim to love so damn much. This man, allegedly committed a crime, had committed some crimes in the past. As you point out, he’s got a rap sheet, he is 100% entitled to due process. If you shoot him in the street, you’ve just robbed him of his constitutional right to due process. Haven’t ya? So I don’t care what he did. You don’t shoot a man in the middle of the street. You don’t shoot an unarmed man who was posing no to you in front of his children in the middle of the street. For any reason ever. There were plenty of ways and numerous opportunities for the police officers to deescalate the situation they chose not to.

There’ve been reports that, Oh, well they tased him and he just ripped it off. Like it was nothing. Okay. Still could have tackled him. There were four of you, four of you, four of you could have taken him down in cuffed him and let him work out. Whatever anger thing he had while cuffed on the sidewalk where he couldn’t hurt anybody and nobody could hurt him. You chose not to do that because you know, nothing’s going to happen to you. That, that to me was the thing that got me the most about this, not just watching another man gets shot, that that always is going to get to you. But the fact that we have now, we’re one day away today from the three month anniversary of the murder of George Floyd. So we’ve had almost three straight months of nationwide and at times international protests.

So even in spite of that, even in spite of the increased scrutiny, in spite of the fact that they know that all eyes are watching and they had a crowd around them on the street, that officer still felt confident enough to fire seven rounds in a man’s back that tells you everything you need to know about cops, all of this symbolic change that we’ve seen over the last three months, Oh, they’re going to rename colleges that were named after racist. Oh, they’re going to rename military bases. They’re going to take down Confederate statues. That’s that’s cool. That’s great. We should do those things. It didn’t change a God damn thing. Nothing because those aren’t the problems. That’s not why black people are getting killed by police. They’re getting killed by police because of police. If you don’t change the police, you don’t fix the problem. You don’t even address the problem. And that’s what has to be done. These cops are more than willing to straight up murder somebody in the middle of the street. Even when that person did not pose an immediate threat to them. Why? Because they know they’re going to get away with it. That’s what this cop in Kenosha, Wisconsin thought none of them were wearing body cams. And if the person who filmed that through their, uh, the window of their home, if they hadn’t done that, we wouldn’t even hear this story.