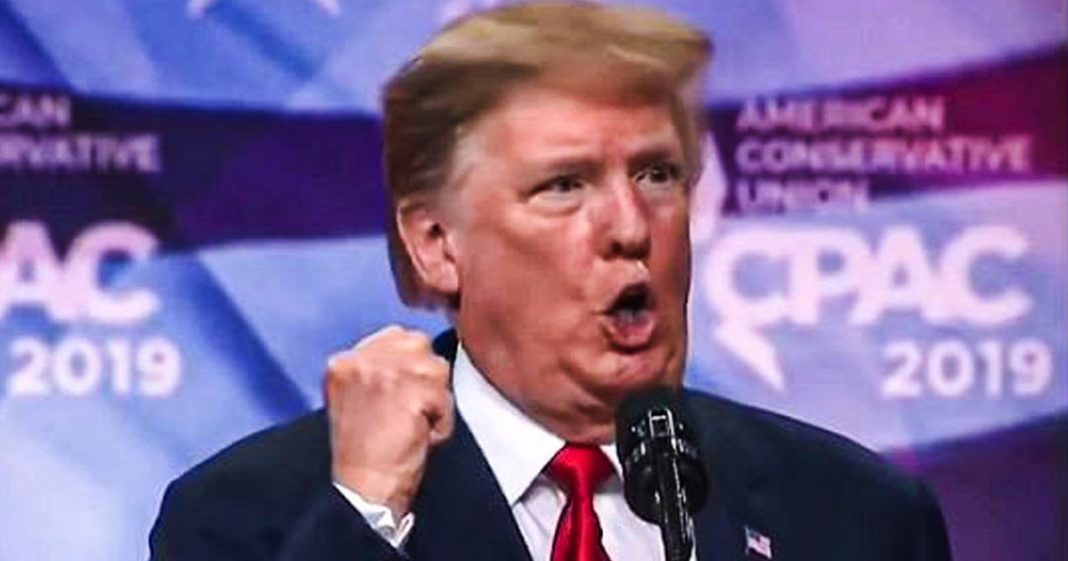 The Republican Party has decided that they aren’t going to have an official party platform this year, and instead they are going to just let Trump do whatever he wants. That’s not an exaggeration, either. They are literally giving Trump a greenlight to set the entire Party’s agenda for the next four years, and the only position that the Party will take is that Trump is always right. Ring of Fire’s Farron Cousins explains what’s happening.

Well folks, the moment that nobody has been waiting for is here. The Republican national convention officially kicks off tonight. And as had previously been reported, every single night is going to feature a speech by Donald Trump, because that’s just what Donald Trump does. He has made this convention all about himself, but the Republican party went along with it. You know, they agreed to let him speak every single night. They agreed that every single night was going to showcase Donald Trump. They agreed to let about half of the speakers, uh, be members of the Trump family tree. And then they took it a step further. This was revealed this weekend, uh, through an internal memo from the Republican party. They have decided that for 2020, for this election, they’re not going to have a party platform.

Now, if you remember a couple of weeks ago, uh, lots of discussion about the democratic party platform, you know, would they include Medicare for all? Would they not? They didn’t, uh, would they include, uh, making marijuana illegal? They didn’t, but anyway, there was no votes. There was discussions. They were trying to figure out where as a party, they wanted to go. It wasn’t about Biden. It was about who are we? And what do we stand for? And according to the memo from the Republican party to hell, with all that, we’re not coming up with a platform. And instead we are going to go with whatever Donald Trump says, we are going to let him,

Um, set the platform. Now the Democrats, like I mentioned, they have committees. They vote on these kinds of things. They have delegates. You have hardcore neoliberal, third way, centrists who get to vote alongside democratic socialists. Unfortunately not enough of the ladder. Uh, the former tends to rule the day they’re in the democratic party, but the Republicans aren’t even willing to do that. They’re just like, Nope, we’re not going to do it. We’re not going to have these discussions. We’re not going to come up with ideas or plans. We’re just going to let the crazy man say what he wants to do. And then we’re going to blindly support it.

Hm That’s where they’re at. They have officially given up as a party. They have said, now we are the cult of Trump. That’s it. That’s what we’re doing. We’re the cult of Trump. If he says jump, we will say, yes, jumping is great. How high do you want us to go? Folks, this, this is dangerous. This is very dangerous. We need functioning political parties here in the United States. We need multiple functioning political parties. And right now we’ve got about 75% of one party that kind of works some of the time. And that’s the Democrats, the Republicans with this memo, with this non platform of just being a cult, they’ve given up, they’ve said, we’re not functioning anymore. We are this one, man. This one crazy guy who’s gotten 170,000 Americans killed in the pandemic. The guy who launched a trade war and keeps giving up when he has an opportunity to maybe make some progress with it.

And I think everybody keeps forgetting. We’re still in a frigging trade war. The guy that just opened up parts of the Arctic for drilling, even though we don’t need it, even though it’s going to pollute and kill, they just said, it’s your show, man, it’s you, you do whatever. So what happens if he loses Republicans, then what do you do? You don’t even know where you stand now. And I think that’s been your problem for a very long time. I have been saying for years that the Republican party hasn’t had a good idea. Well, they haven’t had a good idea since the turn of last century, not 19 hundreds, going into the 2018 hundreds going into the 19 hundreds. Um, they haven’t had a new idea since 1980, when Ronald Reagan came on long and, and brought Reaganomics, you know, trickle down theory of economics, which is a complete disaster.

Uh, David Stockman, the man who invented this idea has admitted. It can’t work in practice. It can’t work in practice. Not that it doesn’t not that it won’t, but that it can’t work in practice. But that was the last new idea that Republicans had cut taxes for the wealthy and tell everybody that it’s going to benefit them down there at the bottom, because in theory, wouldn’t it all trickled down. Well, it doesn’t, but that was their last new idea. Folks. We have seen them for years, since then, every time they’re presented with a problem, what is their response? Cut taxes? What was Trump’s response to the pandemic? Cut taxes, Hey, get rid of the payroll tax. Uh, it’s a virus, uh, stop it with some tax cuts. That was literally their response, environmental issues. What do we do? Well, we cut taxes on fossil fossil fuel producers, of course, Oh no, people can’t afford their healthcare.

What do we do? Well, let’s cut taxes for CEOs of healthcare and pharmaceutical companies and insurance companies, right? That’s the only idea they have. That’s the only idea they’ve had for a very long time. So now that they’re in charge and they’ve realized that the public doesn’t buy into their tax cut mythology anymore, they’re stuck. So it makes perfect sense to be honest, why they would just straight up hand the party over to Donald Trump because they collectively haven’t had an idea in 40 years, they’ve got nothing. They have absolutely nothing to say, nothing to add to any conversation, no ideas on how to effectively govern. And this is their way of just abdicating responsibility by putting it all into the cult-like figure and saying, you know what, Donald, you got it, you got it from here. You wanted to, to drive this crazy train. It’s all yours. We’re stepping aside. You set the agenda. You tell us where we’re going. We have no idea how to lead. We don’t think you do either, but to hell with it, if it takes the responsibility off our shoulders, we will do that.

We can’t have, we cannot, absolutely cannot have a prosperous, properly functioning country. If we do not have multiple political parties that actually work. And as I mentioned, we have a Republican party that has no idea what they’re doing. So they’ve turned the party keys over to the madman and we have the Democrats that are still searching for an identity and ignoring what the public actually wants. I mean, their party platform was to literally ignore all of these popular issues, legalizing medical marijuana, uh, debt-free uh, college universal healthcare, things that are overwhelmingly supported by their own party. And they said, no, we’re not going to do that. We just, we don’t know are going to do. Neither of these parties is functioning. Then you’ve got the other parties. You’ve got the green party that continues to put up the craziest of the crazy candidates.

The green party is not crazy. Their candidates are horrendous though. That’s, what’s so terrible about them, the libertarians, they don’t know what they mean. And we’ve seen libertarian ism in action, and it’s a disaster. Like that’s the dumbest form of government ever. So what do we do? I, I’m not saying that because I’m about to give you an answer. I’m actually asking, that’s not rhetorical. What the hell do we do now? Somebody smarter than me, please. For the love of God, come up with an answer to that question. The future of our country might very well depend on the answer to that question. So if you could get back with us quickly on it, that would be much appreciated.