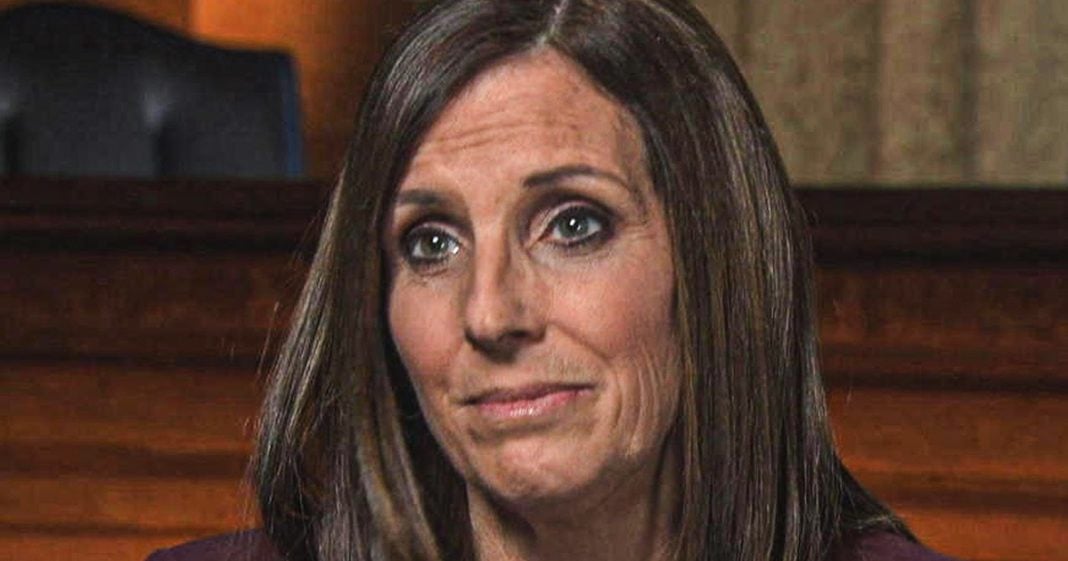 Republican Senator Martha McSally from Arizona is facing a much tougher reelection campaign than she had anticipated, and her desperation is starting show. At a recent event, McSally actually told her supporters that they needed to do whatever they could – including saving money by skipping meals – in order to send money to her failing campaign. Ring of Fire’s Farron Cousins talks about this disgusting plea from the Republican Senator.

Uh, over the weekend, Republican Senator Martha McSally made headlines after she was caught on tape this past weekend, telling her supporters that, you know, they got to do whatever they can to support her campaign. Even if that means skipping a meal so that you have some extra cash to donate to her campaign in the middle of a pandemic where more than 40 million people have lost their jobs, millions are facing evictions because they cannot pay their rent because of the pandemic. And this Republican Senator has the audacity to tell people who are already struggling. Maybe you’d need to just not eat a few times so that you can give that money to me because you don’t want me to lose my job, right? Uh, here’s the clip of Mick Sally making this disgusting comment to her supporters On our part to catch up, you know, to get our message out, but it takes resources. If you need $1 $5, if you can be fast, when you give what that would be.

I, we have seen Republican say some truly viral things over the years. So this, this really isn’t all that shocking. Uh, it’s not all that surprising. We’ve seen people say similar things. We’ve seen them say far worse, to be honest. But what this shows us is that the Republican party has not changed over the years. The Republican party is today who they were five years ago, who they were 10 years ago. There are no different Trump has not actually changed them all that much. But what we’re seeing right now is more and more of these Republicans willing to drop the facade and show their true colors. Now that is something new back in the day. And again, I’m talking five, 10 years ago, tops, uh, Republicans were a little bit more, you know, had a little bit more dignity, I guess they wouldn’t say these things out in the open.

They believed them. They wanted to say them, but they wouldn’t. They had a better filter. But today, thanks in part to Donald Trump that filter’s gone. And so that’s why we end up with people like McSally, who come out there and say, Hey, uh, I need money for my campaign. I’m losing in every single poll. Maybe stop eating and give that money to me instead. Yeah, you can die. It’s it’s a gamble, you know, but that’s a gamble for you. Not for me because I’m not willing to make that gamble of not having enough money to a beat Mark Kelly, who is beating the hell out of me again in every single poll out there. Now this absolutely is not a slam dunk right now from Mark Kelly. Mick, Sally could absolutely come back, but I don’t think her comments over this weekend are really going to help her solidify a major comeback in the two and a half months that she has left until her reelection. This is a woman who already the statewide election for the Senate seat just a couple years ago. She’s only there because John McCain died and she was appointed to that seat. She is in trouble. And these comments telling people to sacrifice their own wellbeing to help her campaign. I can’t imagine that that is going to help her in any way.