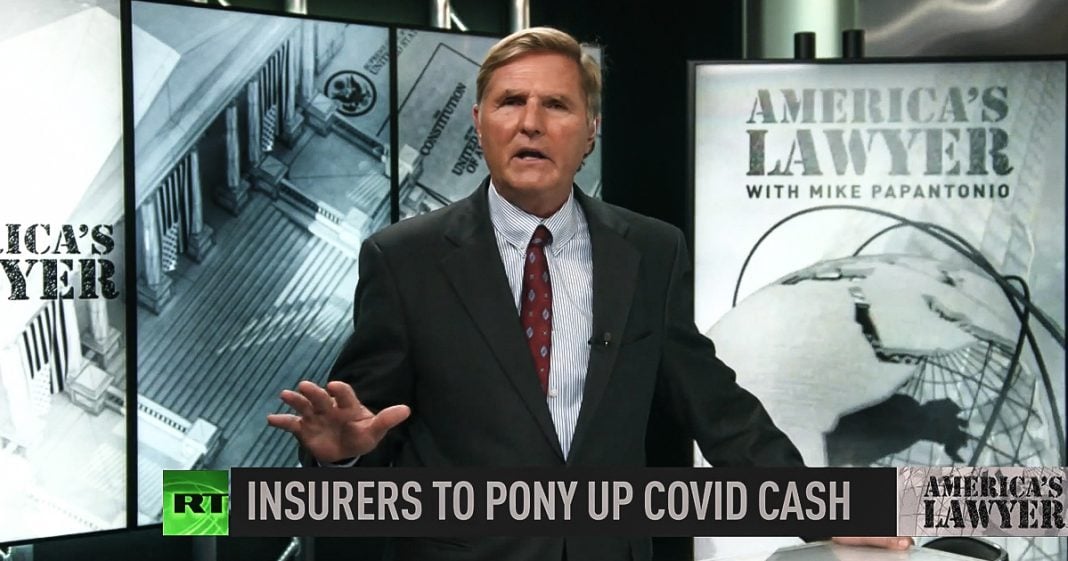 Via America’s Lawyer: A federal judge in Missouri ruled that a group of hair salons can move forward with their lawsuit against their insurance companies over business interruption claims. Mike Papantonio explains more.

Finally tonight, some good news. A federal judge in Missouri has ruled that a group of hair salons can move forward with their lawsuit against their insurance companies over business interruption claims. Similar business interruption lawsuits are being filed all over the country by small businesses who’ve been denied claims by their insurance company. Business interruption insurance policies are designed to protect small businesses from anything that could cause a temporary interruption of their ability to conduct business, as usual, like the global pandemic that we’re experiencing right now. Great example, that’s what this lawsuit was about, but because insurance companies are being hit with hundreds of thousands of these claims, they’re doing whatever they can to avoid making the payouts that they should be making after they have a customer that’s been paying for years to have this coverage.

That’s all for tonight. Find us on Twitter and Facebook @facebook.com/rtamericaslawyer. You can watch all RT America programs on Direct TV channel 321 and also stream them live on YouTube. Be sure to check out RT’s new portable app, where you can watch all your favorite shows. I’m Mike Papantonio and this is America’s Lawyer where every week we tell you the stories that corporate media is ordered not to tell because of their advertisers, they won’t let them do it, and because of their political connections that put so much political pressure on them, that they don’t tell the story. Have a great night.