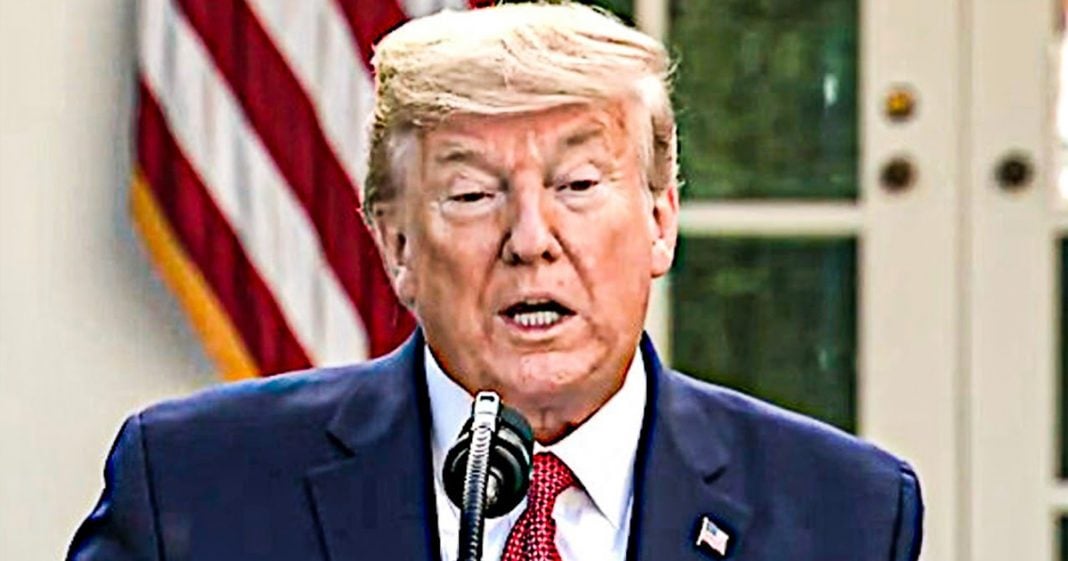 According to an analysis from The Washington Post, Donald Trump has already spent $1 billion on his reelection efforts only to still be losing to Joe Biden by double digits in nearly every poll. This money came from many different coffers, but it was all used as part of the Trump reelection campaign, dating all the way back to 2017. Perhaps if he’d spent some time working instead of having his love-fests he wouldn’t be in the hole he’s in today? Ring of Fire’s Farron Cousins discusses this.

According to a new analysis from the Washington post this week, the Trump reelection campaign, along with the Republican party and several other, uh, organizations and packs that have been spending money on Trump’s behalf, they have now spent more than $1 billion collectively on Trump’s reelection campaign dating, by the way, all the way back to 2017 Trump’s first year in office, these reelection campaigns have been spending money to get him reelected. Even before he’d spent a calendar year as president of the United States, $1 billion, and that’s still, hasn’t helped to put a dent in the double digit lead that Joe Biden has over Donald Trump in most polls. That is absolutely remarkable. See, here’s the thing. Um, back in 2012, when you had Obama, uh, at this point he had spent roughly $640 million, uh, on his reelection. Again, essentially since he became president in January of 2009, they start immediately spending money to get you reelected.

He only spent 640 million Trump and all of his Republican groups have now spent over a billion and they’re losing weight as much as 10 points. A lot of the polling aggregates right now actually have Trump losing by about eight or nine points, individual polls, depending on which ones you’re looking at. Some have losing by five. Some haven’t losing by 15. So that’s why the aggregates, you know, it’s single digits, but it’s still really bad for a person who spent a billion dollars running for president for three straight years. But that’s the problem too, right? The problem that this man has right now is not that Joe Biden is just killing him because he’s a kick ass candidate. The problem he has is that he doesn’t want to do the job, and he’s not good at doing the job. When he attempts to do the job, he wants to sit back, eat big Macs and play golf.

And you know what, if he weren’t president of the United States, there’d be nothing wrong with that. You know, if you’re just an average person out there and you’ve made money or you haven’t made money, but you retire, whatever it is. And you just say, screw it. I’m going to eat at McDonald’s every day, I’m going to play golf. I’m going to do whatever the hell I want. Cause I have no responsibilities. You have to have love that last part. You have to have no responsibilities for this to be like, totally. Okay. And if you don’t have any responsibilities, then great golf all day eat at McDonald’s four times a day, whatever you want, you’ve earned it. Sure. But if you’re also president of the United States and you kind of have to run the country, yeah. You don’t get to do those things because you made a choice that this is what you wanted to do, but see, Trump didn’t want to do that.

He wanted the, he wanted the power. He wanted the glory. He didn’t want to have to do the job. He wanted to go around the country and do his little rallies. You know, where everybody says, how much they love him. He loves that. It feeds his ego like crazy. And he’s been doing that since 2017. And that’s one of the big things. Obviously these groups have been spending money on and that is considered a reelection effort. But in between the rallies, the love Fest, the golfing, the vacations, uh, Trump hasn’t actually been working. He started a trade war that he admitted earlier this week. He’s given up on, um, we’re in the middle of a pandemic and he’s still going golf and golf. And with celebrity, sometimes that’s fun. Brett Farve recently, uh, that’s not helping the pandemic at all. So it is what it is. He spends a billion dollars and he’s losing by near double digits to Joe Biden. That’s how bad Trump is because Biden is not a strong candidate folks. It’s his third time running for president and he’s winning because he’s hope against the most incompetent incumbent that we have seen in our lifetimes.