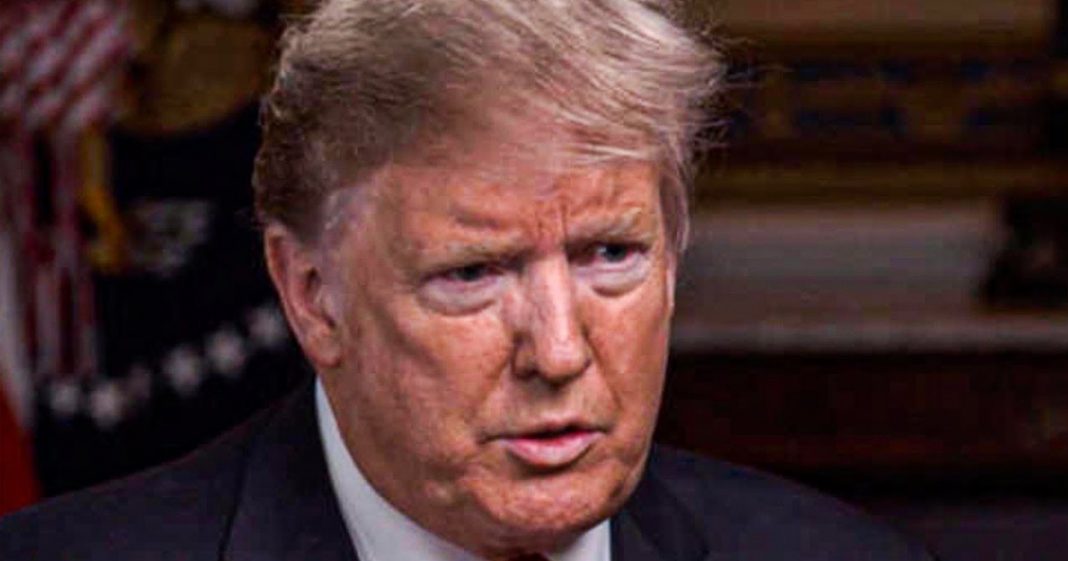 Republicans in America aren’t quite sure what has happened to Donald Trump, but they know that they don’t like what they see. They see that the President is losing badly in the polls right now, and many believe that it is because he dropped the populist rhetoric of 2016 and instead has embraced big money donors. Welcome to the real world, Republicans – Trump has always been about these things, you’re just no longer being fooled about it. Ring of Fire’s Farron Cousins discusses this.

According to a new report out earlier this week from the daily beast, uh, several Republicans associated with Donald Trump’s reelection campaign, as well as independent Republicans throughout the country are a bit mystified right now as to why Donald Trump is doing so bad. You know, why is he losing by so many points to Joe Biden? And the problem is they know why, but they don’t know why the why is because they believe right now that the reason Trump is losing so badly is because he is abandoned. The populist messaging that he was using back in 2016, you know, going out there and saying things like I’m going to lower your prescription drug prices, but prices have continued to go up every single year. He has been president, he went out there and he said, I’m going to protect your job, but we have continued to ship American jobs overseas and to other countries, since he’s been president, I’m gonna put more money in your pocket.

Well, that didn’t happen either. None of these populist promises that he made back in 2016, that actually did convince a lot of people to vote for him. None of them came true. He didn’t fulfill a single one of them, but that’s actually not out of the realm of ordinary for politicians. They always make these promises. We’re going to do this. We’re going to do XYZ. We’re going to protect your job. I’m going to protect you personally. Everything’s going to be okay, but only if you vote for me, you vote for this other person. All hell’s gonna break loose and you are going to be living in a nightmare. So vote for me. Um, that’s, you know, that’s the messaging. That’s how that goes. Uh, but according to those people associated with his campaign, he’s abandoned the populous message. And instead, and the report from the daily beast says they’re mystified by this. He is embracing the tax cuts.

He is embracing the wealthy donor class in America and they’re they’re mystified. According to the daily beast, they are mystified. Why would this guy do that? Who would a thunk that Donald Trump, a guy that says he’s worth $10 billion, who would have thought for a second, that he wouldn’t be fighting for the working class. And instead would only care about the donor class. That is a real head scratcher. Oh my God. I can’t honestly believe that the daily beast even bothered to put this report out because the quote, these, maybe they were doing it to show how disconnected from reality. Uh, these people associated with the Trump campaign are, but here’s the thing, folks. We all knew that he’s a Republican. And actually even that these days doesn’t that those are the only people who do this thing. He’s a politician, he’s a wealthy person. You put it that way.

Everything about this man has always screamed. What can I get out of this? And it’s not so much that he has embraced the donor class. It’s that he understands that, Oh, I can actually enact laws and do things and do this a little payroll tax cut. And I get more money off that. That’s kind of fun. I’m going to write all these executive orders to give myself more money. That’s what it is. The fact that it benefits other wealthy people. You know, he can’t stop it from doing that. I’m sure if he could, he would, But he can’t. So it is what it is.

And the reason he abandoned the populous rhetoric is not necessarily because he suddenly had a change of heart it’s because he doesn’t feel like he needs to do that anymore. In 2016, Trump had to let everybody know who he was and what he was about. Now. He assumed I’m sure that everybody in this country knew him. But at the time we knew nothing really. I mean, let’s be honest. We didn’t really know a lot about what he could or would want to do as president of the United States. We know he had gone on Fox news and he espoused conservative views. But in the past he had been a liberal Democrat and who the hell knew maybe the whole campaign was a con and he was going to be this thing in office, or maybe he was going to be better. Maybe he was going to be worse.

We honestly didn’t know. And neither did the rest of the public. All we knew was what he was telling us. Now, some of us understood that Trump was a con man, and we didn’t, we didn’t want to fall for it. Other people, you know, through, through really honestly, no fault of their own. Some of them, some of them, they thought, you know what, if he, because if he’s going to do these things, then yeah, I’m going to vote for him. You know, the last guy didn’t do these things. The guy before didn’t do these things where the guy before the guy, before, you know, my life has always been kind of this, you know, run down thing and, and I need somebody to make it better. And everybody says they will, but nobody does. So I’m going to switch horses again and see if this one goes better. Well, it didn’t, but you can’t necessarily fault people for that.

But now fast forward, four years, Trump knows. Everybody knows what he’s about. And he doesn’t care because he thinks he has built a strong enough cult, that cult of personality, he thinks that is enough. And that’s why he is stopped with these populist messages. That’s why he’s not out there today, doing those same kinds of, uh, rallies. I know the pandemic’s a big part of that, but he’s still doing speeches, but the talking points have changed. They really have, it was always about the ego, but the way, the way he presented it is night and day from 2016 to 2020, it’s all about how great he is back then. It was about how great he is and how much better he would be at fixing your life. He’s not doing that anymore. And it’s not because he suddenly realized, Oh, I’ll embrace the donor class. I don’t need the working class. It’s because he thinks he has the working class completely fooled. He thinks they’re stupid To put it bluntly. All politicians tend to think that their base is stupid. They tend to think that the American public as a whole is stupid and to a degree they are,

But Trump has taken it to a whole new level, Right? Trump thinks that he can tell a lie to their faces, even if they know the truth and they’ll still believe him. Now that’s something that even the most brazen politicians throughout history wouldn’t do, but Trump did it. And the voters are starting to see that. They’re starting to say, do you think I’m an idiot? That was actually a report out earlier this week, too, that that detailed this. So that’s where we’re at right now with the Trump campaign. You know, it’s not just, Oh, Biden’s surging it’s that Trump is sabotaging himself. And as is usually the case, it’s his ego. That’s doing it. It’s his narcissism that is doing it. There is nothing populist about Donald Trump whatsoever. Not, not even a little bit. He is a corporatist. He is a member of the top 1%. He is always only going to do what personally benefits him. If it benefits anybody else. That’s a side effect, not the main cause, but he didn’t abandon populist rhetoric because he suddenly realized he had money. He abandoned populist rhetoric because he doesn’t feel like he needs the brainwash these people anymore because he thinks that job is done. He thinks once he’s got ya, he’s got ya. And hopefully, hopefully this arrogance is going to lead to a very rude awakening for him in early November.