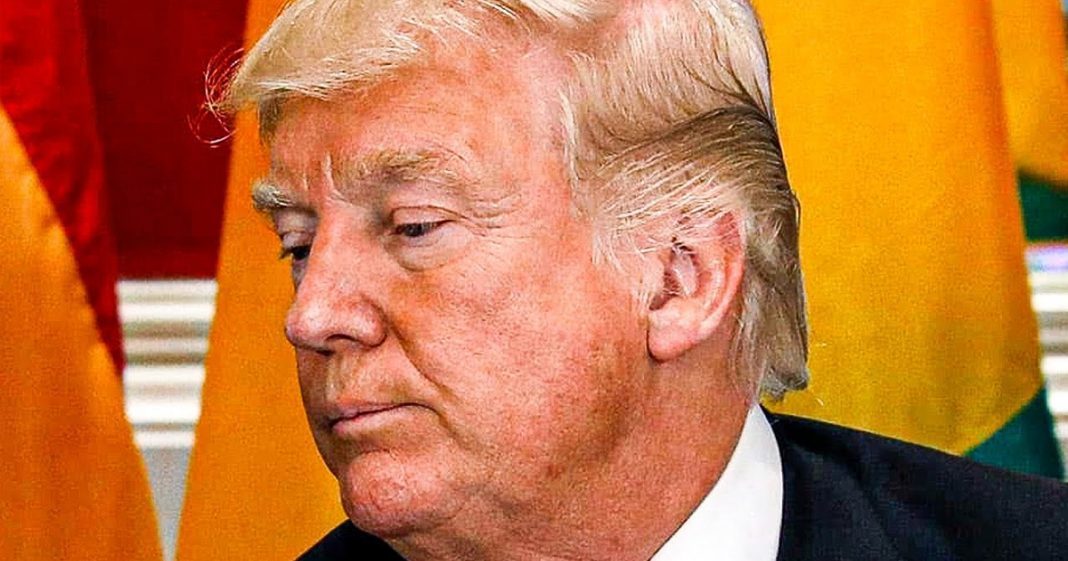 According to reports, Donald Trump has received at least 20 intelligence reports detailing election interference and other election security issues, yet he has done absolutely nothing about the problems he has been presented with. In short, the President is ignoring the threats that our election system is facing. But he’s not alone – Mitch McConnell has been ignoring these threats for over a year, as Ring of Fire’s Farron Cousins explains.

According to reports out earlier this week, Donald Trump has received no fewer than 20 intelligence briefings that have outlined different ways that our election system here in the United States is not secure. And so far, even though he’s been briefed on it at least 20 times in recent months, he has done nothing and he intends to do nothing about it. In fact, if anything, he’s actually made it worse with what he’s done to the us post office 20 briefings intelligence briefings since may Gino, who else has received the same intelligence briefings, Joe Biden, both of the presidential candidates from the major parties have been receiving these briefings. Joe Biden unfortunately has absolutely no authority in the United States right now, and cannot do anything about the problem. Trump, on the other hand, does have the authority and could do something. You know, who else does Mitch McConnell, but Mitch McConnell for well over a year now has been blocking any attempt whatsoever, even by members of his own party to do something about how insecure our elections are.

So how bad our elections here in the United States? Well, let’s just go over what we know. We do know that according to reports, Russia is already trying to interfere and would like to see Donald Trump win. So they’re interfering on his behalf. Meanwhile, China would like to see Joe Biden win and they’re interfering allegedly on his behalf. Other countries have also attempted according to sources, uh, to hack into our systems here and to spread propaganda online. And I know some people are saying, well, the United States does it. We deserve it. Yeah. Just because we do it doesn’t mean we deserve it. We should stop doing that. Uh, but we should also prevent it from happening here. I can’t believe I’m even having to say that, but anyway, we know those are happening, but those are, those are far off kind of kind of mediocre threats, right?

The real threat is with the electronic voting system itself. Because for nearly 20 years, we have had good, solid evidence that the threat doesn’t have to come from overseas. The threat can come from the person sitting at the office desk next to you with a computer. It can come from the person with a laptop sitting in a Starbucks. It can come from quite literally the 11 year old down the street because kids that young have been able to hack into our election systems and gain access to voter data and vote totals. That’s how insecure our elections are. And I know the media wants to focus on, Oh my God, Russia is going to interfere. Russia is going to interfere. Russia is going to interfere to hell with Russia. Actual children are capable of interfering in our elections and we’re doing nothing about that. We’ll make sure you think we’re going to do something about a nuclear superpower hacking into our system.

We can’t even stop fricking kids from doing it because nobody ever takes this issue seriously. Unless of course, we’re like two months out from an election, then suddenly it’s a big deal. But then immediately after the election, we all just forget about it. And then, Oh my God, ah, the election, we didn’t do anything again for the 20th election in a row. And it’s still weak. I always like to point out Brad Friedman cause Brad Friedman, uh, has been one of the few people that has been talking about this. He has certainly been talking about it longer than everybody else in this. Uh, Greg Palast has also been out there doing it. Ari Berman, uh, several years ago kind of shifted his focus into this. So he’s been a really good about this, but Brad Friedman is 100% Ben the best. And he still is.

And we have had him on ring of fire County, less times. It’s also a phenomenal hang out with an in person, if you ever get the opportunity, but we’ve known about this and Brad Freeman and Palestine Berman, they’ve been out there sounding the alarm bells about this for decades. And we continue to ignore them at our own peril, just like Trump, during his intelligence briefings, telling him the same things. We have to stop only caring about election security. When the election is right around the corner, this is something we probably need to devote a little bit of time and a hell of a lot of money every year to making sure that most basic fundamental of the foundation of our country tree is secure.