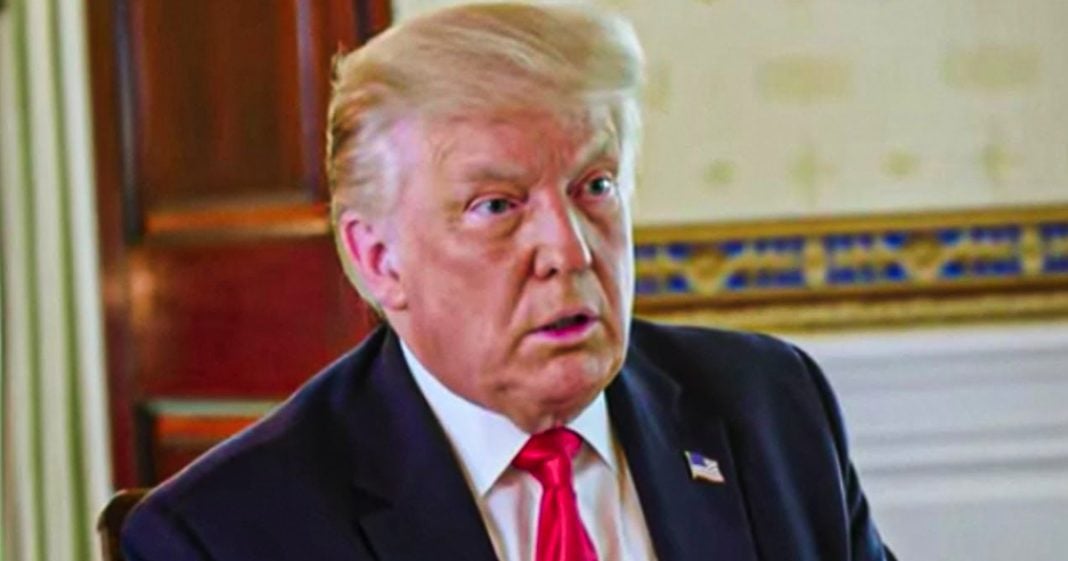 According to a recent report by Politico, Donald Trump and his staff in D.C. not only believe that they have the pandemic well under control, but they are increasingly believing that this is not going to be a factor for the President by the time the election arrives. This is completely delusional, and it is a delusion that is endangering the lives of Americans. Ring of Fire’s Farron Cousins explains what’s happening.

According to a recent report from Politico, Donald Trump and plenty of staffers and other members of his administration are somehow optimistic about the November election because they believe they have turned a corner with regards to their response, to the pandemic. They now see the pandemic as being under control and they think this is actually going to help them at the polls. This coming November. Now I know some polls right now are showing a much, much tighter race between Biden and Trump. Uh, the CNN poll from this past weekend, uh, showed that they had a four point difference between the two, which they also pointed out, uh, was also within the margin of error, which anyone who’s actually taken political science research courses will tell you that this means the poll is not reliable, never trust anything with a margin of error over three. It’s actually what we learned the first day in classical and political science research methods.

It’s the first thing written in my notebook that I still go back through. Nevertheless, it’s a tighter race than we would like it to be, but not for the reasons that the Trump administration is optimistic now. So that’s a little weird, you know, it makes no sense for them to think that their response to the pandemic is somehow going to save them in November. But here is what Politico says is happening right now behind the scenes with the Trump administration. They think that because kids are going back to school now school’s starting all over the country right now, more in the coming weeks, they think that this is going to open up an opportunity. They think it’s going to allow parents to go back to work, to, you know, restart the economy. And by the time November rolls around after kind of, you know, trudging along through September and October, November 3rd election day, everything’s going to be home back the way it was

Was ideally, That would be the situation. Nobody wants things to stay the way they are. It sucks, but scientifically, totally not going to happen because we know what’s going to happen because we’ve already seen it happen in the few school districts around the country that opened up, uh, in the past two weeks, we’re going to have outbreaks. We’re going to have schools have to like re shut down and go to remote learning because the virus spreads like wildfire because one Trump is refusing to issue any kind of mask mandate for public schools across the country. And two public schools are doing a really, really horrible job of enforcing students. Uh, forcing students, skews me to wear masks. And because even with all the masks that is still not 100% effective, it’s about 98.5% effective. But even that is less effective than, than birth control. And it’s still possible to get pregnant on that.

So just throwing that out there. So you understand like how it is still possible to spread kids can in fact get it. This is not going to be a miracle that magically solves the economic woes of this country. By just sending our kids back to school. We’re about to run into a lot of problems. That is what the scientific community is telling us. Our economy is not going to be fixed overnight. We all wish it would be. We all wish the virus would go away. We would all love nothing more than for Donald Trump to be right, that this thing was just going to poof, magically go. We could all go about our lives again. That’s not going to happen though. We have to live in reality. And right now, based on this report from Politico, reality has no place inside the Trump white house.