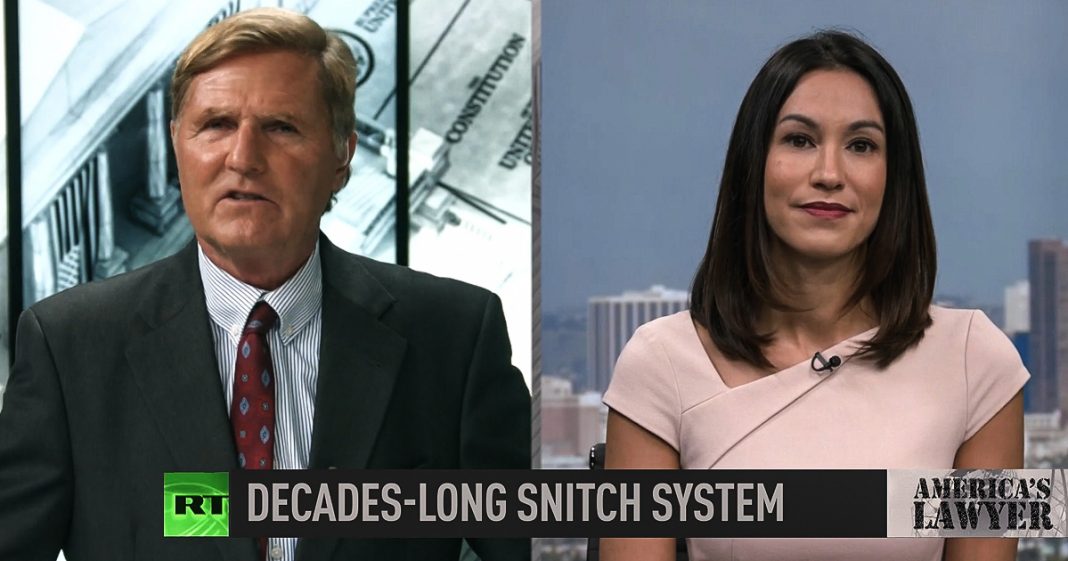 Mike Papantonio: A California appeals court has revived a lawsuit by Orange County residents that accused the police of conducting an illegal informant program in local jails that undermine justice for decades. Brigida Santos joins me now from Los Angeles. Brigida, when did the OC jailhouse snitch scandal first come to light and what did it reveal? How did all this start?

Brigida Santos: Well, the scandal was uncovered by Orange County assistant public defender, Scott Sanders, during the trial of Scott Dekraai, who fatally shot eight people at a seal beach hair salon back in 2011. Now, during hearings, in that case, it was revealed that a jailhouse informant had obtained a confession from decry that informant Fernando Perez is a former leader in the Mexican mafia. He had a lot to gain by getting this confession. Public defender Sanders noticed that Perez had also obtained confessions from other clients, which prompted him to investigate a little bit further because it seemed very fishy. Now, after digging around Sanders discovered that for 30 years, Orange County’s Sheriff’s deputies were secretly housing jailhouse informants near high profile defendants to obtain confessions and collect information.

Informants often did this by threatening defendants with violence or even murder in exchange for money or reduced sentences. While it’s not illegal for law enforcement to use jailhouse informants, it is illegal for law enforcement to send informants in, to get confessions from defendants who have already been charged in a crime and have the constitutional right to have an attorney present. It’s also illegal for prosecutors to purposely not disclose evidence about informants to defense attorneys and to lie to the court, which is what the allegations are in this case.

Mike Papantonio: Yeah, Brigida it’s even to me, the bothersome thing is the way they would get the con, the snitch would get confessions, is they would beat the ever living daylights out of the people that they wanted to get the confession from, or they threatened to murder them or threatened to murder their family if they didn’t confess. I mean, there’s this really, really dark, dark story. How did the program derail justice for plaintiffs just in, in, in lawsuits? What, give me, give me an example of that. How did that end up happening? How did it actually derail the entire claim?

Brigida Santos: Well, the American civil liberties union, which filed the original case back in 2018, on behalf of Orange County taxpayers, they documented at least 146 cases since June of 2016, where the district attorney’s office broke the law in failing to turn over evidence about an informant program. Now, the lower court initially ruled that the plaintiffs did not suffer direct harm so that they didn’t have grounds to sue. Even though one of those plaintiffs is the sister of a woman who was killed by Scott Dekraai, her family was denied justice for years due to delays in this case because of revelations about the program. In another case, information came out that would have a prisoner, but the DA’s office didn’t want to admit that they had obtained it through this program. So they did not let that guy out of prison. Now the appeals court has just overturned the prior ruling stating that the rights to due process and the assistance of counsel are public rights that every citizen has interest in upholding. So this is now going to go back to the Orange County superior court for a trial or a possible settlement.

Mike Papantonio: Okay. Okay. So here’s the, here’s how this works, the prosecutor or the media or the, the police department, the law enforcement, they can’t go in and beat the ever living daylights out of a snitch and tell them that you better say this, or else. You better do this or else we’re going to kill your family. That’s the kind of threats that are coming from the, the cartels that are locked up with these folks. And just like you say, you know what, they don’t have anything to lose. There’s, there’s nothing to lose, except they get a deal in the end. They, some of them make money. Some of them get their sentence reduced, but this is a, this is, this is an ugly story and it seems to be getting uglier if they don’t get into control. And you know what, it’s probably happening all over the country. What do you think Brigida?

Brigida Santos: Absolutely, it’s happening across the country. Not only are these types of confessions, questionable, protesters are rallying against police brutality and corruption and prosecutorial misconduct goes widely unnoticed, but prosecutorial misconduct is just as important. The district attorney and state or federal attorneys general have the ultimate power over policing. They’re often too symptomatic when it comes to police abuses because they see themselves as part of that same team. Prosecutorial misconduct is a leading cause of wrongful conviction. It’s sending innocent people to jail for years, in some cases, even for life and some of these people, as you said, they have nothing to lose. They’ll give people up for something as small as $25 or even a pack of cigarettes. And it puts these types of confessions, the credibility of them, in question.