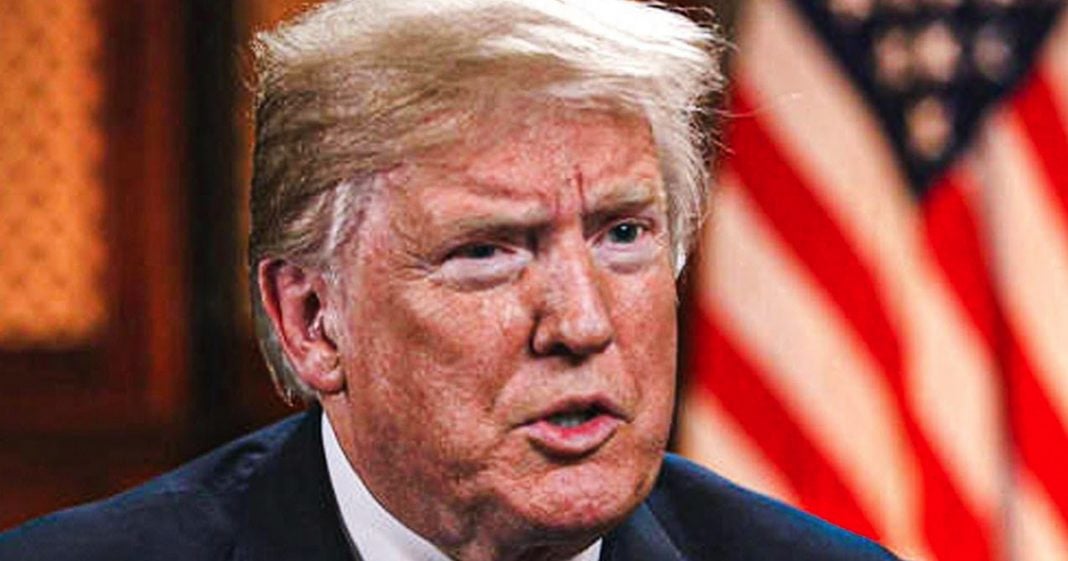 Republicans who are up for reelection this year are in a tough positive of having to defend the President whether they agree with him or not. that is the burden that the incumbent Party typically faces during an election year, but Republicans like House Minority Leader Kevin McCarthy have taken it a step further by doubling down on Trump’s comments and allowing money meant for House races to go to saving the President. Republicans are ready to oust McCarthy over his actions, and Ring of Fire’s Farron Cousins explains why that could be so much worse than what they have now.

According to a recent report from the Washington post a group of a little under a dozen Republican lawmakers in Washington, DC are fed up with Republican minority leader, Kevin McCarthy, and they are considering according to this report, uh, launching a coup to replace McCarthy as minority leader. If Donald Trump loses November’s election. Now these 10 Republican members of the us house of representatives spoke to Washington post on condition of anonymity. Uh, so they could be candid about what they’re thinking, but according to the report, they’re sick and tired of it. Trump has, according to these lawmakers tied their fate to Donald Trump by being as one of them called it, uh, uh, nothing but a boot licker for Donald Trump. So pretty, pretty strong words, right? Here’s a quote from this Washington post article, a cluster of GOP lawmakers is starting to privately question whether the California Republican is putting loyalty to the president over the good of the conference. According to interviews with more than 10 house Republicans, all of whom spoke on the condition of an enemy to be Frank. Some GOP lawmakers are worried that McCarthy has tied the conference too much to Trump refusing to stand up to the president or act as a buffer to distinguish the conference from him.

Now, see, that is the one thing that lawmakers could have done on a few issues after all. It’s not entirely possible to distance every Republican lawmaker from Donald Trump, because many of the things that he has done, many of the things that he says out loud are actually what the Republican party wants and believes. You know what I mean? The tax cuts that are hugely unpopular with 99% of the country. That’s clearly a Republican thing. You know, every Republican wanted those to happen. Uh, the immigration policy Republicans have always been pretty hardcore about immigration and curtailing that. So, so that’s no different the trade war. That’s an area where they could have separated themselves. Republicans clearly do not support the trade war that the president has engaged in. He did not have to get their approval in order to do it. That is an area that has hurt millions of Americans, where they could have stepped up and said, listen, that’s all I am that we’re re we’re over here. We don’t agree with it, but he’s doing his thing. Uh, you know, we got no say in it. So you get a problem, you take it up with him. That’s where they could have distanced themselves, but they refused.

Sorry. And from that though, it’s kind of hard to blame McCarthy for any of this, right? The Republican party has been going down this road for a couple of decades. Now this is just the culmination of it. McCarthy believes many of the same things as Donald Trump’s. So do these other Republicans, by the way, they just don’t like that. Trump’s abrasiveness and his bullet [inaudible] is taking them all down. They don’t want, I like that. He has hurt their prospects so much that the RNC is now having to direct more money towards saving Trump and not doling that money out to members of the house of representatives who need it because they are in competitive races. So the money’s dried up for them. They’re getting pissed and they need somebody to blame. But obviously they’re also not willing to blame Donald Trump. So they want to blame Kevin McCarthy. Good luck with that. You’re going to continue to bury your head in the sand. You’re going to continue to pretend like there’s not some kind of underlying rot within your party. And you’re going to end up in the same boat four years from now, eight years from now, whatever it is, it’s not going to be pretty, but as long as you keep ignoring the cancer, that’s causing all of these little tumors that are bothering you, you will never be rid of them.