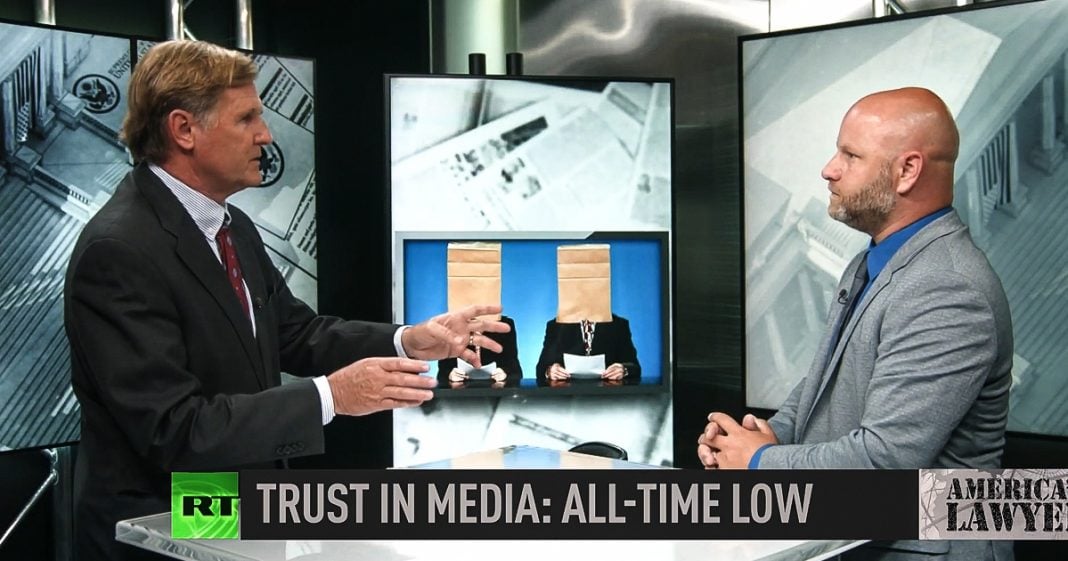 Mike Papantonio: Prominent media outlets are losing employees rapidly as more and more reporters and journalists are no longer willing to put up with the bias of these outlets. Woo. Talk about this.

Farron Cousins: This is an interesting story, because this is now the third one. We had, Ariana Pekary from MSNBC recently resigned, wrote a scathing letter and saying there’s a bunch of intelligent people at MSNBC, absolutely no question. They’re also biased as hell. Now that’s a paraphrase of what she said.

Mike Papantonio: Yeah. Biased as hell was the exact term she used. Called it a cancer with no cure.

Farron Cousins: Right and that is what we have seen from MSNBC. We see it from Fox.

Mike Papantonio: Fox, you see at Fox, CNN, MSNBC cancer without a cure.

Mike Papantonio: And the problem you got here, this wasn’t the first story. You got Bari Weiss who, who’s story of.

Farron Cousins: Right with the.

Farron Cousins: I believe so. Sullivan.

Farron Cousins: But these people, some good, some bad I’ll admit that, but they’re all important voices, whether you agree with them or not and that’s the point. And that’s what all of these people have said. I don’t care if you agree with me, I don’t care. If you disagree with me, I have the right to say this with this outlet. But the outlet says, well, people don’t want to hear what you have to say, so we’re just going to silence you.

Mike Papantonio: How, how many times when I did the show with, with Ed Schultz, where we told no, we can’t do a story about TPP.

Mike Papantonio: Phil Griffith, the little character that, Phil Griffith would come. He would say, no, you can’t do a story about TPP because it’s gonna hurt Hillary. Hell, TPP, NAFTA, CAFTA, we couldn’t talk about any of that because the advertisers didn’t want us to talk about it. So this woman says, you know what enough is enough MSNBC. I’m tired of being told what I can report and what I can’t report. It’s a, it’s, it’s a, I mean, if you listen to what she says, it’s really a lineup of hate, division thats being driven by the media. The ideological bias of CNN, ideological bias of Fox, they see it clearly and they’re saying I ain’t buying it anymore. This thing that’s supposed to take care of democracy is a disaster. Farron Cousins, thank you for joining me. Okay.