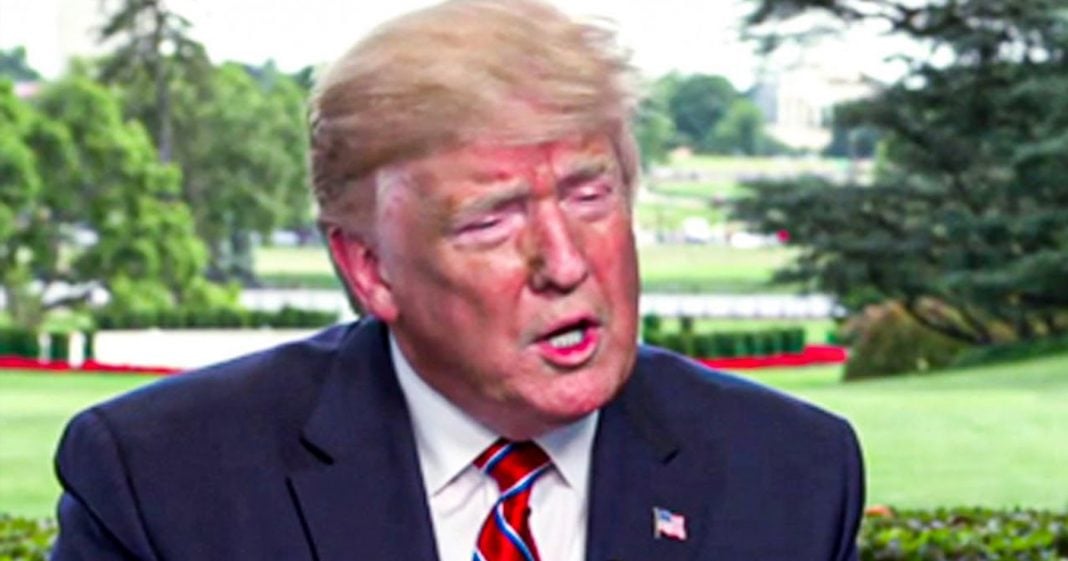 TV networks are finally waking up to the fact that they don’t have to give Trump all the free airtime that he wants, and they know that the public is just about sick of him, too. Unfortunately, they kinda half to run the RNC convention next week, and they are not terrified that running a two-hour speech from Trump is going to cause most Americans to tune out, effectively killing their ratings. Ring of Fire’s Farron Cousins explains why you should have no sympathy for these networks.

Well folks, today’s the last day of the democratic convention, which means on the horizon. All we have is the Republican free show. That’s going to start this coming Monday. Um, and we all know, you know, we’ve, we’ve seen the lineup. We know what kind of weirdos are going to be there. The problem is we don’t know what these weirdos are going to say on the air. Not necessarily a problem for me, certainly not a problem for the pundit class, but it is a problem for the networks. You see the networks have to be careful what they show and what people hear from the things that they show. I mean, after all, there are guidelines that they have to maintain. There are rules they have to follow, or they have to pay massive fines. And according to a report by the daily beast, the networks are terrified because they understand that this freak show that’s going to start Monday evening called the Republican national convention.

They could end up with some people on TV that are going to cause a lot of problems for the networks, but that’s not even the biggest deal. According to this beast report, it’s not just that these people are unpredictable or that it’s like a very weird reality show and not really a political conference where they’re more concerned about is the fact that Republicans announced that every night is going to be about Donald Trump. And I think Trump is supposed to speak every night and the networks are worried that that is going to kill their ratings. They think that having Donald Trump on the screen for too long is going to cause people to change the channel or just straight up, turn it off. They understand finally that the American public doesn’t want to see Donald Trump on their TVs. As much as Donald Trump wants to be on our TVs.

And the reason for that, it actually goes back to the, uh, coronavirus press conference from a few months ago, months ago, excuse me, the one word Donald Trump actually suggested in injecting light and or bleach into the body to help fight the COVID infection, which did by the way, result in numerous people across the country, ingesting bleach and having to be taken to the ER networks don’t want to run into another situation like that because they don’t know what they can expect from Trump. So he’s either going to go out there and say something horrible. That’s going to cause the network’s a headache. He’s going to go out there and say something dangerous. That’s going to get people killed or their biggest concern. People don’t want to see them and they’re going to tune out the second he comes on the screen, see what it is.

I always like to compare Trump to the Macarena, right? The average person out there thought it was fun and interesting at first, if not a little annoying, but still they heard it. They heard it, they heard it and they heard it and they got sick of it. And they don’t want to hear this song anymore. They don’t want it on their TVs. So he is the Macarena he’s who let the dogs out. He’s whatever one hit wonder song you want him to be that played on the radio for months and months and months until everybody started to hate it. But that is the best possible analogy for what Donald Trump is. And the networks understand that. And they know that if they leave him on that TV screen for too long, everybody is going to tune out and they’re going to lose tons of money with their advertisers.