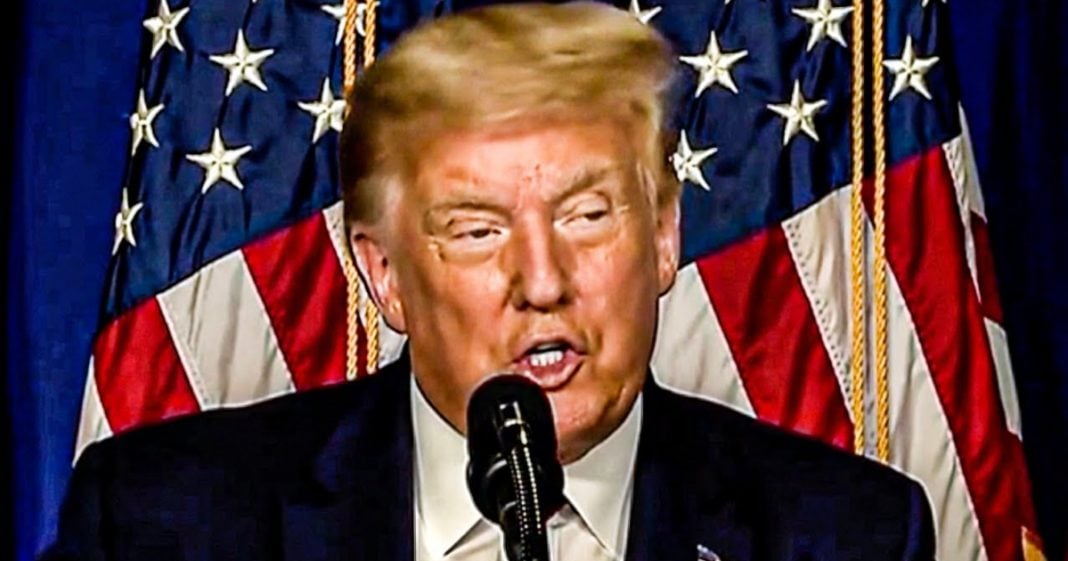 According to an internal State Department memo, the Trump administration believes that their horrendous response to the pandemic will end up reducing the amount of people who want to come to the United States as part of our Visa program, and therefore they are planning to cut funding for the program. In other words, the administration believes that their incompetence has destroyed the country to the point that no one will want to come here anymore – and they are happy! Ring of Fire’s Farron Cousins discusses this.

I’m sure. We all remember a couple of years ago when Donald Trump was putting his travel ban in place. And, you know, he mentioned the, uh, quote, the president shithole countries around the world. We did it. We didn’t want people coming into the United States from those quote shithole countries. And that is the phrase that the president of the United States use to describe that. Well, fast forward a couple years, and guess who’s the shit hole country now folks, the United States. And that’s actually according to the United States department of state, according to a memo and internal memos, uh, signed by Mike Pompeo himself obtained by ProPublica. The us state department is anticipating a massive drop in the total number of visas that foreigners apply for every year to come into the United States because of how poorly we have managed the pandemic. Now visa applications actually bring in three and a half billion dollars for the United States government every single year. And they’re expecting that to be cut down to about 1.7 billion per year. So, you know, a half is going to be cut in half because they believe based on what they’re seeing.

Fewer people around the world are going to want to come into our country because of how poorly we have handled this situation compared to everybody else. We under Donald Trump’s leadership have become the shithole country. Now that’s, that’s the irony here. It’s come full circle. We are the place that other people are now looking at. Like, I don’t want to go there. I don’t, I don’t think it’s worth it. Is it even safe to go there? That’s what the state department is seeing. That is what they’re saying. And so therefore, by the way, they just got to cut back on their visa program in general and reduce the number of people they even let into the country. So the Trump administration is now using this as an excuse to cut back on immigration and even travel into the United States. They like this idea. They’re actually happy that the president has done such a poor job managing this country that nobody even wants to come here anymore.

Because as I mentioned, three and a half billion dollar a year industry, just visa application fees, it’s going to be cut in half, not to mention all of the money that these people who aren’t coming over here now will not be spending here. So if you live in a tourist community that has lots of overseas guests, I know I do. I know the state of Florida does where I am. That’s going to hurt us tremendously. That may not have been their plan from day one, but they’re not complaining about it. Cause that’s what Trump has always wanted. Whatever he could do to keep more foreigners out of this country, we just never expected. It would be turn America into a shit hole to keep people out of it. But that’s where we’re at right now.