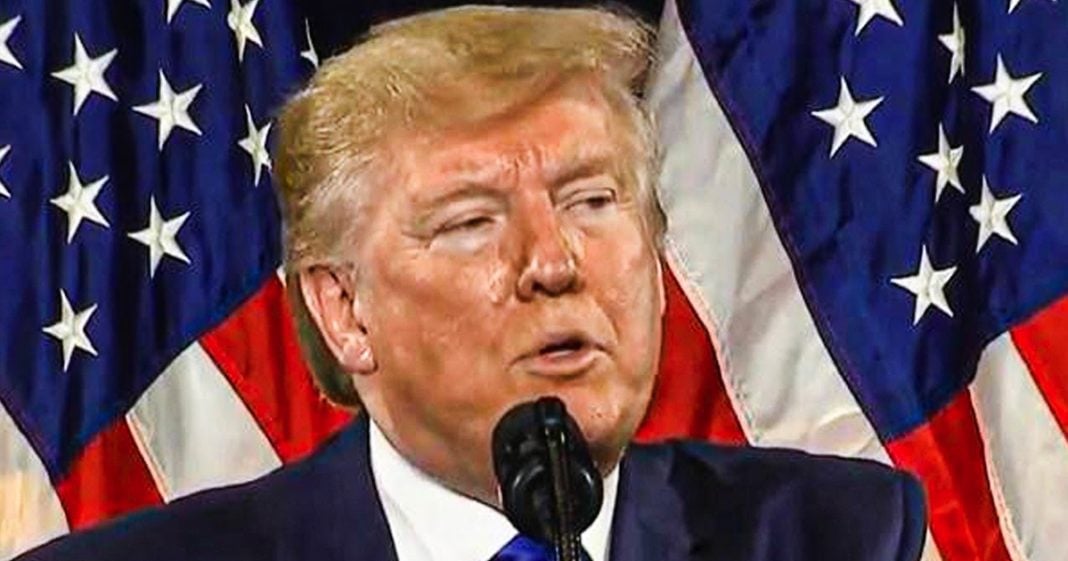 Postmaster General Louis DeJoy may have announced that he’s putting the brakes on the plans to destroy the post office, but the damage has already been done and Trump now has to answer for it. The President was hit with a massive class action lawsuit on Monday, and the plaintiffs aren’t going to stand down just because the administration says they won’t cause any more harm. Ring of Fire’s Farron Cousins explains what’s happening.

Donald Trump is now facing a slew of lawsuits, filed by everyone, from voters to candidates, for office, to sitting candidates, to actual States who are suing Trump and his administration for the destruction of the United States post office. One of the lawsuits filed on the Monday of this week was a class action lawsuit brought by both candidates and sitting politicians in the state of New York who are arguing that Donald Trump’s actions, what he has done to the post office directly affects them as candidates after all, if people are voting by mail and the mail is delayed, that is going to directly affect the candidates themselves. Obviously it affects everybody, but that’s why this particular lawsuit here, this one has a fairly decent chance. Uh, no, to say the other ones don’t, it’s just, this is a unique angle. This isn’t just States saying, Hey, you’ve destroyed this program operating in my state.

We disagree with it. We want it fixed. That’s actually a lot harder to get a judge to go with you on that. But if you’re able to show how this does in fact affect your life, like the people who filed this class action in New York, uh, you’ve got a much higher chance of success. Now at the same time, most of these lawsuits, including the ones by the States were filed on Monday or a couple of days before that. And then on Tuesday, we had postmaster general Louis de joy come out and say that he’s not going to continue with all these, uh, destructive efforts that he’s got. He’s going to hold back on him until after the election. So rest easy, everybody. The post office has got to be okay until after the election that he’s going to finish destroying it. Um, but the damage is done.

And there’s actually some pundits who are saying that the damage is done because the public has already lost faith in the post office. So they’re not going to vote, but that’s not the damage. That stuff. That’s a very lazy argument to make the damage that’s done is the literal damage that’s been done. He’s removed the mail, sorting machines. They have been decommissioned and some of them have already been destroyed. They’ve taken away mailboxes like that’s, that’s the actual damage that’s been done, not, Oh, the public doesn’t trust the mail anymore. No, the public’s fine with the mail. The problem is they can’t mail anything. That’s that’s the image. I don’t understand why people aren’t making that argument when it’s so very clear. So even with [inaudible] coming out and saying, yeah, I’m not gonna do any more bad things until after the election. Even if these lawsuits against Trump and the administration are successful, it’s not going to put the equipment back into the post offices.

It’s not going to put the post back out throughout the country. At least not in time for the election. That’s the real damage here. The only things that could be reversed are, did Joy’s, uh, austerity measures where he says, you cannot have overtime. Uh, you have to return back to the post office at a certain time. Even if you haven’t finished a route, you have to give up on the rest of your route, uh, and just come back and you can’t sort mail before you go out on your route. Those measures can in fact be reversed by either the lawsuits. Actually it would have to be the lawsuits, uh, cause the joy is not going to come out and say, okay, yeah, I’m going to let everybody go back to normal. No, no, no, no, no. He has to make sure that at least enough of the damage he caused is still there. Otherwise everybody’s gonna vote by mail and he’s going to be out of a job, uh, come January. So that’s, what’s going to happen. These lawsuits really are our last best hope on this issue. Uh, because even with the Democrats, you know, they’re going to question to joy Republicans in the Senate are going to question him on Friday, trying to get the upper hand on the Democrats. None of that is going to produce anything. That’s actually going to fix the problem right now, these lawsuits, on the other hand, they have the potential to do that.