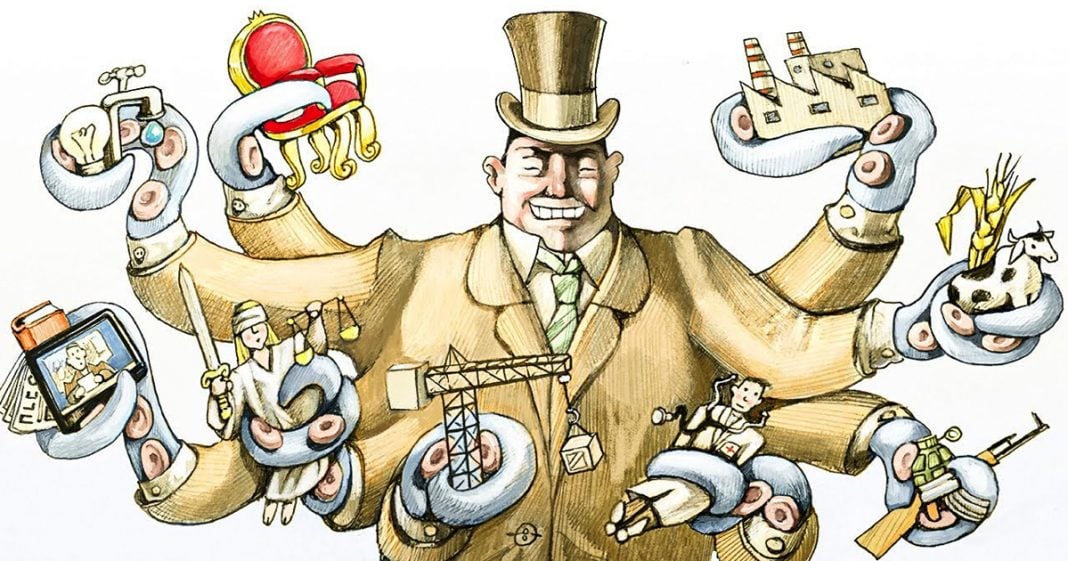 According to new research published by the Economic Policy Institute, average CEO pay has continued to skyrocket while wages stagnate, and now CEOs make roughly 320 times the amount that the average worker makes. These gains for the ruling elite have far outpaced the gains in the stock market, allowing us to rule out “good stocks” as the sole cause. The cause CAN, however, be boiled down to unfettered greed, as Ring of Fire’s Farron Cousins explains.

Right now we’re in the middle of a global pandemic. Tens of millions of Americans have lost their jobs. Uh, millions of Americans currently stand at the risk of being evicted from their homes with nowhere else to go. But if you are a corporate CEO, your life has quite literally never been better. According to a new report from the economic policy Institute, the CEO to worker pay ratio has once again increased. And as of the numbers from last year 2019, the average CEO makes $320 for every $1 that their average worker makes back in 1989. By the way that ratio was a 61, two one. And here we are 31 or actually 30 years later, uh, based on the numbers here, 30 years later, and it’s gone from 61 to one to 320 to one. Not that long ago, the number being pushed out, because this is what it was at the time was about $285 to $1.

And here we go, continuing to rise. And here’s the kicker that the economic policy Institute points out this number. And that 30 years has increased 1167%, or excuse me, at 40 years has increased 1167%. Um, but at the same time, the gains made in the stock market have, have not increased by that much. They have increased, but certainly not enough to warrant this massive increase in CEO pay. So the companies are worth more than they were back then, but not at the same rate that the CEO pay is rising. So, so why, why are the CEOs getting more when the company has not seen their value rise by this same level? That’s a bit of a mystery, isn’t it? Well, actually, it’s not because this is what unfettered unchecked, unregulated capitalism gives us rampant, greed and antiquity. This is capitalism. This is what it does.

This is what it is. This is not an accident. This was by design because that is what this system is supposed to do. Now, those who already have power to centralize their power, to gain more power and to squeeze the rest of us, us. And that is exactly actually what’s happening. Now. Worker pay average worker pay across the United States has been stagnant for decades. Stagnant, just kind of stay in the same. CEO pay has never stopped going up, even though productivity among workers has also been going up. Our wages have not. We are stuck. We are stuck by a system that prevents upward mobility. That’s the bottom line. And that is what this report, even they don’t, they don’t explicitly say that. That is exactly the message they’re trying to get across.