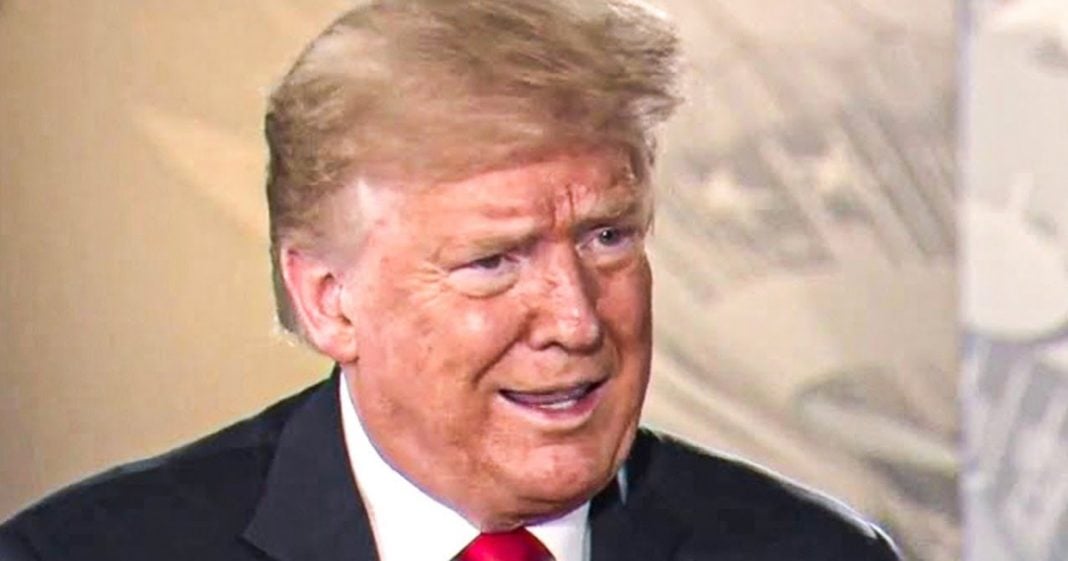 During an interview on Fox & Friends on Monday, Donald Trump claimed that he was making the Post Office “good”, a claim that he was completely unable to expound upon during the interview. The truth is that the President is intentionally sabotaging this organization to save his job, and the public needs to be aware of what is actually happening. Ring of Fire’s Farron Cousins discusses this.

On Monday morning, Donald Trump appeared on Fox and friends to, uh, I guess explain what it is he thinks he is doing to the United States post office because in his brain or at least what he articulated on Monday, he’s not destroying the post office to, uh, help rig the 2020 election for him. God know what he’s actually doing. Folks is making it good. I wish I had a little bit more to go on, but that’s really the extent of what Donald Trump said. He is doing to the post office. And he said that multiple different times that he’s just, I’m making it good. Uh, here, I’ll read it. This is direct from the mouth of Donald Trump, president of the United States on Fox and friends on Monday, he said, I’m just making it good. When asked by Fox and friends about claims that he is sabotaging the post office, we’re making it. So it is going to be good. And we’re going to take care of our postal workers above all. We’re not firing people, but the way they ran that thing for many years, this isn’t a Trump thing. This has been one of the disasters of the world. The way it’s been run, it’s been run horribly and we’re going to make it good. Now, what am I supposed to do? Let it continue to run badly. So if you fix it, they say, Oh, he’s tampering with the election. No, we’re not tampering

In any of that sound like an answer to you about anything that he could have been asked. No, because none of it wasn’t answer without was, was the ramblings of a madman. That’s what we’re dealing with at this point. Uh, he doesn’t know what he’s doing and he hasn’t even taken the time by the way, to come up with any kind of viable excuse for what he is doing, because there is no excuse, Oh, I’m sorry. This thing’s been losing billions of dollars a year because a George W. Bush signed into law that, uh, you have to fund pension 75 years in advance. Oh, sorry. But you know what? Even in spite of that, they were still able to continue running. They were continuing to operate. Now just ask any corporation in the United States like, Hey, uh, you have to fund him pensions for every single person you hire for 75 years upon hiring them.

How many corporations in the United States would be able to continue operating at all? If you mandated that they do what the post office has had to do. So I’d say it’s pretty damn remarkable that the post office has even been able to function since 2005 or 2006, whenever that wall was signed, but they have nevertheless, they persisted, right? And Trump knows exactly what he’s doing. He’s not making it good. Let’s be honest that dude hasn’t made anything good in his entire life. Not a, not a steak, not an airline, not a bottle of water, not a conference call software. These are all products that have gone under, not a university. The guy doesn’t know what the hell he’s doing. It’s by sheer force of luck and a couple million dollars from daddy that he was able to do anything with his life. He is not making the post office good. He is intentionally sabotaging it so he can steal the 20, 20 presidential election. Anyone who says anything other than that is absolutely lying to you.