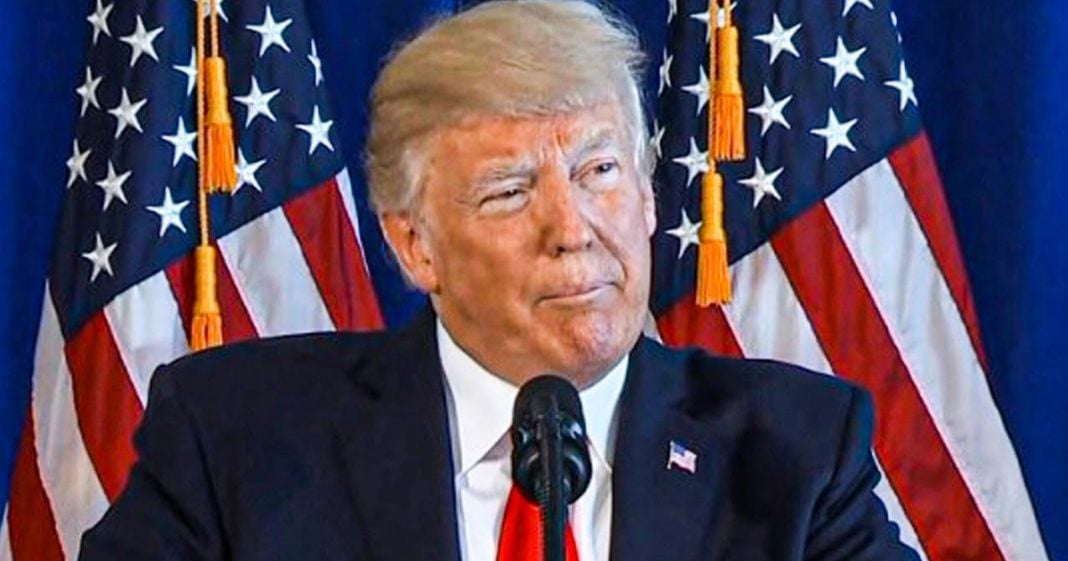 Donald Trump retweeted a right wing activist’s calls to “let Democratic cities rot”, prompting outrage from both the media and voters. The President is openly hating an incredibly large part of the population, and Republicans are actually cheering this on. This is where the politics of hatred has brought us, as Ring of Fire’s Farron Cousins explains.

Recently Donald Trump retweeted a man by the name of Brandon Straka, who is a right wing activist. And one of the people who started that whole idiotic hashtag Dem exit a couple years ago, but mr. Straka tweeted out a video of one of the George Floyd protests and he called on the president to let quote Democrat cities, rot, and Donald Trump, the president of the United States retweeted this retweeted the idea from this idiotic little right wing agitator that we should just let Democrat run cities, quote rot. Straka has also recently said that a liberalism Democrats have unleashed a mental illness on the United States. We’re the ones who have the mental illness, not the people with the godlike worship of the failed businessman, president it’s the Democrats. Let me ask you this. What would have happened? Had any Democrat ever suggested that we just let Republican run cities, rotten.

We know exactly what would have happened. There would have been an uprising in the country, not just among Republicans, but among Democrats as well, because that’s a horrible idiotic thing to say, guess what? You don’t like everybody in this country, we understand that we don’t either, no matter what side of the political aisle you’re on in the middle to the left, to the right, whatever it is, you don’t like everybody. You don’t even like everybody on your side. I get it. We’re on the same boat here. But that doesn’t mean that any of us think that the other side should just rot, that we should just leave them to die, that we should abandon them because they haven’t asked backwards way of thinking. No, believe it or not. Even if we disagree with you, those of us on the left still think those on the right should be helped out what Donald Trump did by re-tweeting.

This little idiot was he admitted openly that he hates at least half the country, but rather than being castigated for it, rather than being condemned for this Republicans loved it. Republicans liked this idea. Let’s let the state of New York just rot. Let’s let the entire state of California rot. Let’s only help States like Florida, you know, that are drowning in coronavirus right now. Oh, it may not look as bad on paper, but that’s only because we stopped testing. And the number of cases did go down. The deaths are up. The deaths are up, but the total of cases are down because we’re not testing. Uh, but that doesn’t prevent people from dying from it.

So, you know, tomato, tomato, but nevertheless, what we’re seeing right now is the president openly expressing his disdain and hatred for at least half the country, which I would venture to say it’s more like probably 65% of the country. Cause it’s not just the Democrats. It’s also the independents who hate his guts too. But rather than being an adult about it, rather than saying, well too bad, I’m president of everybody. He is by retweeting this saying, you know what? Rot, Rodan, hell best of luck. You’re getting no help from us. Wish nothing but the worst upon you. That’s what the president is doing. And that’s what these little psychopathic right wing so-called activists who are really nothing more than agitators. That is what they have been wanting since day one.