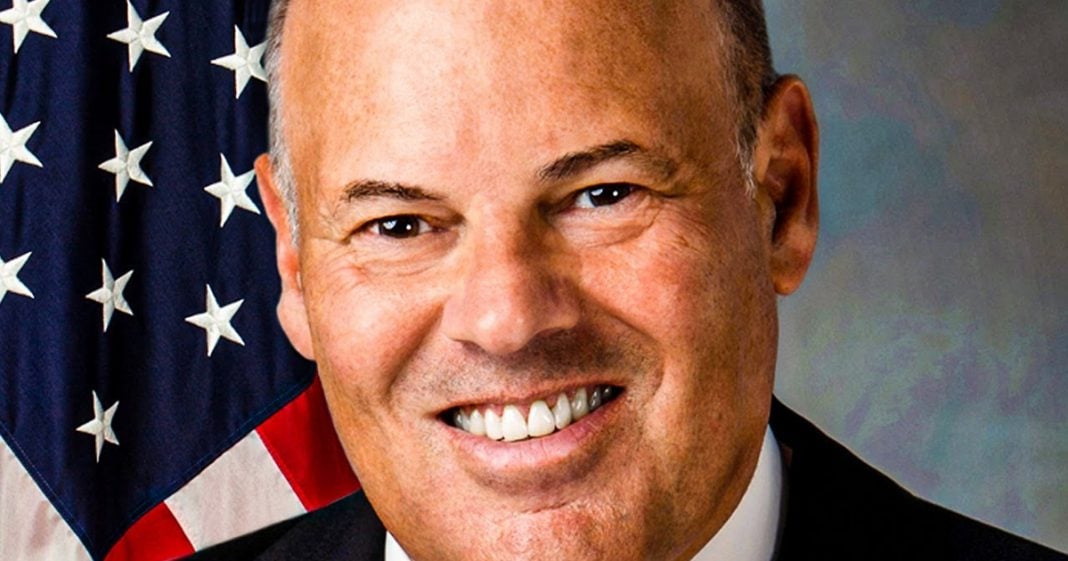 Louis Dejoy, the postmaster general that Donald Trump installed to destroy the post office, still is holding large amounts of investments in competitors to the postal service that are now bringing in huge dollars due to DeJoy’s destruction of the post. This is about as criminal as you could get, and DeJoy must immediately be called to testify as part of an investigation. The crimes are so blatant and this administration almost seems to get off on it, as Ring of Fire’s Farron Cousins explains.

This week, it was revealed that Louis DeJoy. Donald Trump’s handpicked postmaster general is in fact profiting off the fact that he is destroying the United States post office. Uh, CNN was able to confirm that mr DeJoy does in fact own more than $30 million worth of investments in a company called X P O logistics. This is a shipping company. It is a direct competitor to the United States post office. And because of mr. DeJoy’s attack on the United States post office, his slowing of the mail through various different means XPO logistics is in fact making more money now. So he is profiting off of his decisions as the postmaster general, which is potentially a criminal conflict of interest. It’s already been reported earlier this week that mr. DeJoy ordered post offices, at least in Iowa, according to the union leader there, uh, to remove their mail sorting equipment, he has done away with overtime at the post office, which has created a massive backlog, which is slowing the mail down.

He is not allowing them to properly sort the mail instead telling them you have to leave it and go on your route, deal with it tomorrow when it’s even more backed up. And all of this has actually resulted in more money going into mr. DeJoy’s pocket. So not only is he sitting there in this position of power, doing what Donald Trump wants him to destroying the post office in order to help steal the election for Donald Trump. But now we’re finding out that this man is actually profiting off of it, the there, and I know, okay, we’ve had senators say, Oh, I’m calling for his resignation. Even Bernie Sanders, joining I’m calling for his resignation. That’s fantastic that you guys get your name, you know, on this call for his resignation. If you think for a second that this man is actually going to resign, cause you tell him to then, then, then you’re delusional.

Just like the calls for Trump to resign. And these, these people aren’t gonna resign. They love their power. They know they’re breaking the law. They don’t care. That’s the point. You can’t sit there and say you better resign or else or else, what, what are you gonna do? Do y’all have just been sitting there letting this happen, saying, Oh, should have an investigation. Yeah, you damn sure should. The fact that mr. DeJoy has not yet had his ass hauled in front of Congress, either the house or the Senate, that alone is like I’m pissed. And I think every single person watching this needs to be pissed off about it too, because this is not just Republicans breaking the law. This is Democrats not exercising. The power that they have while in office to get this man in front of them, get them on the record, forced him to answer these questions. And if he lies about it, throw his ass in jail. If he says, he’s not going to comply with the subpoena, you send the Sergeant in arms to lock his ass up until he shows up. You can do that. That’s a thing that exists. That’s within your power. But instead just, I’m going to call for under resign. You bad, man. This is criminal it’s criminal and he’s profiting off of it. And we’re just sitting here waiting, waiting for the Democrats in DC to do something meaningful about what’s happening under mr. DeJoy’s watch.