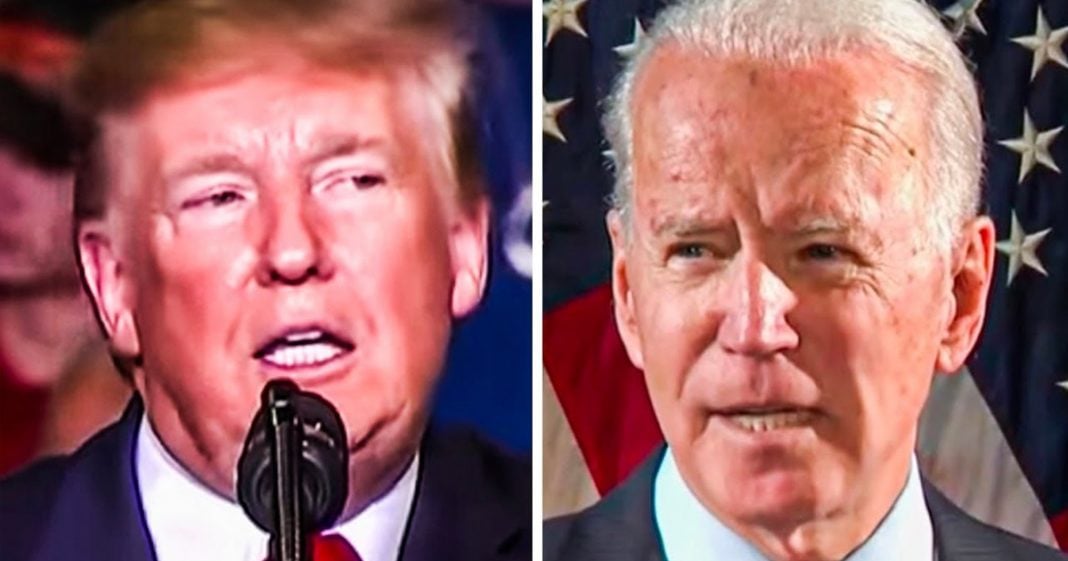 Nate Silver, one of the country’s most famous poll analysts, has finally released his election forecast for 2020 and it looks nearly identical to the one that he released in 2016. This means that there is still no telling which candidate is going to win, and a lot of things could happen between now and election day that sway the voters one way or another. But if Silver was wrong about 2016, he could also be wrong about 2020, but in which direction? Ring of Fire’s Farron Cousins discusses this.

Well folks, Nate silver, uh, one of the most popular pollsters here in the United States has finally come out with his projection for the 20, 20 presidential election. And before we tell you what the projection is, let’s keep in mind real quick. Uh, Nate silver and his, uh, uh, group that does the, the forecasting and the polls. They take all of the polls together, right? They are trained in this. They do know what they’re doing, but that does not by any stretch of the imagination means that they are right. 100% of the time. And in fact, their prediction for 2020 actually comes with a warning from 2016 because their projection for 2020 is a 71% chance of Joe Biden, winning Trump, 29% chance of winning and their warning is that this was the same, say March and same percentages that Hillary was projected to beat Donald Trump in 2016.

Now I know what you’re saying. Hillary did be Trump. She beat him in the popular vote. Yes, this is true. But she also lost the electoral college because it was too close. She did not get the votes where she needed all the votes. So if you beat Trump by 20 million in California, but you lose to him by five in Florida. Oh yeah. You’re going to win the popular vote, but you’re going to lose the electoral college. Uh, not saying that’s what happened. I’m just throwing that out there as an example. That’s why votes from different areas matter because the electoral college weighs more votes or way some votes more than others. So it is possible. Believe it or not that these polls can be correct. And we can still end up with a Donald Trump presidency. And that’s, what’s so scary right now. Right? We have been watching polls since I think a March really where, uh, Joe Biden has, has it on lock.

Absolutely has the stupid thing on lock. We have seen these polls also tell us the Joe Biden’s margin of victory right now is bigger than Hillary Clinton’s ever was. You know, Hillary Clinton did not enjoy the same kind of massive leads over Donald Trump that Joe Biden has. But we also have to take the lessons of 2016 very seriously, because there is no telling, even though it’s a short amount of time, there’s still no telling what could happen between now and November 3rd, right? I mean, nobody expected the DNC email hack in 2016, yet that came along and believe it or not, didn’t influence the polls. I’ve gone back and I’ve studied this look at when those DNC emails started coming out and look what happened to Hillary Clinton’s poll numbers. Do you know what happened? They didn’t go down. They actually went up two points. They went down when Comey came out and made his little announcement that we were reopening the investigation that he actually wasn’t reopening comi did that.

Not long before the election and then boom, we know the rest. So when I say there’s no telling what could happen. Yeah. There’s no telling what could happen. We could be a week out from the election and attorney general William Barr could come out and give a press conference and say, we’re investigating Joe and Hunter Biden for potential illegal activities in the Ukraine. Oh, that sounds like the kind of thing that would scare American voters. But just because they’re investigating doesn’t mean they did anything wrong. Do you see what I’m saying? We need these numbers to be higher for Biden and lower for Trump. Because if they’re going to stay at this 2016 level, then we can probably expect the same kind of outcome that 2016 gave us. And that’s not pretty, it’s not, you know what we need for this country. And depending on you know, what your personal status is, you could be devastating to your life. Your way of life give Donald Trump gets, gets a life that he, and that’s not an overstatement. Either folks, we have seen people killed for their political beliefs. We’ve seen them killed because the color of their skin, we have seen them killed because they asked somebody to put on a face mask. This is Trump’s America today. And if he has another four years where you see a hell of a lot more people lose their lives because that is what he brings out in people.