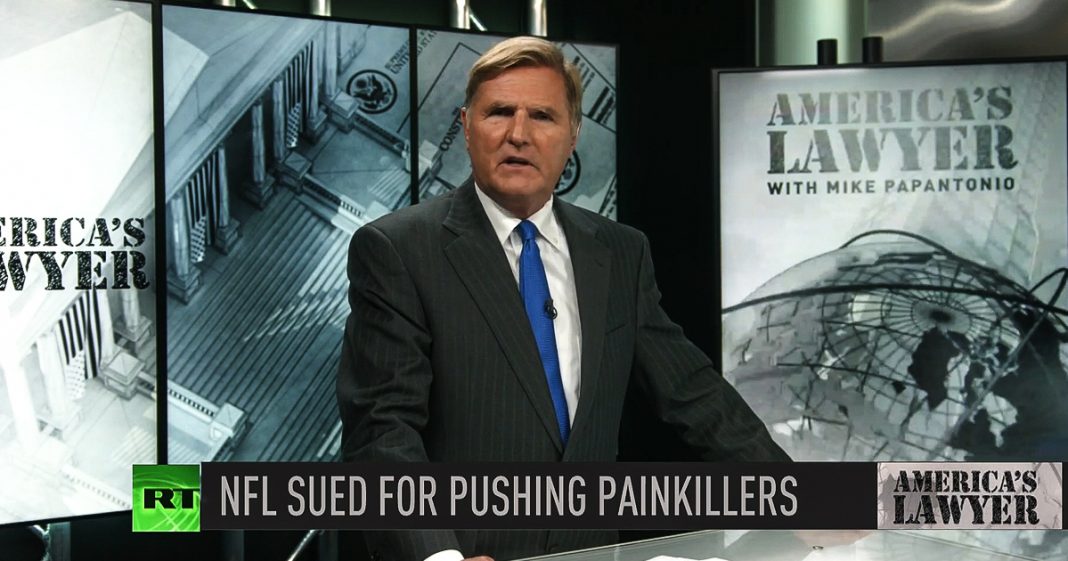 Via America’s Lawyer: The ninth circuit has revived a lawsuit brought against the NFL by former pro football players, who claimed that the league created a painkiller culture in order to increase their profits. Mike Papantonio explains more.

Finally tonight some good news. The ninth circuit has revived a lawsuit brought against the NFL by former pro football players, who claimed that the league created a painkiller culture in order to increase their profits. The lawsuit had previously been thrown out of court, but, but the ninth circuit had enough sense to allow it to once again, move forward by these players who were taken advantage of in so many ways by the NFL, as usual. According to reports, lead plaintiff, Richard Dent, a former player for the Chicago Bears and an NFL Hall of Famer, first sued the league in May, 2014.

He claimed that the NFL told team doctors to dole out unprescribed drugs, including opioid painkillers, without warning players of harmful side effects. Dent says he ended up with his career with an enlarged heart, permanent nerve damage in his foot and an addiction to painkillers. The lawsuit claims that this practice went on from 1969, all the way to 2012. The NFL has already had to pay out billions of dollars for covering up the damage of repeated concussions and CTE injuries in players and this new suit, well it could easily end up costing the NFL executives just as much.

That’s all for tonight, but you can find us on Twitter and on Facebook @facebook.com/rtamericaslawyer. You can watch all RT America programs on Direct TV Channel 321 and also stream them live on YouTube. And be sure to check out RT’s new portable app, where you can watch all your favorite shows. I’m Mike Papantonio, and this is America’s Lawyer, where every week we tell you the stories that corporate media is ordered not to tell because their advertisers won’t let them and because their political contacts don’t allow them to tell these stories. Have a great night.