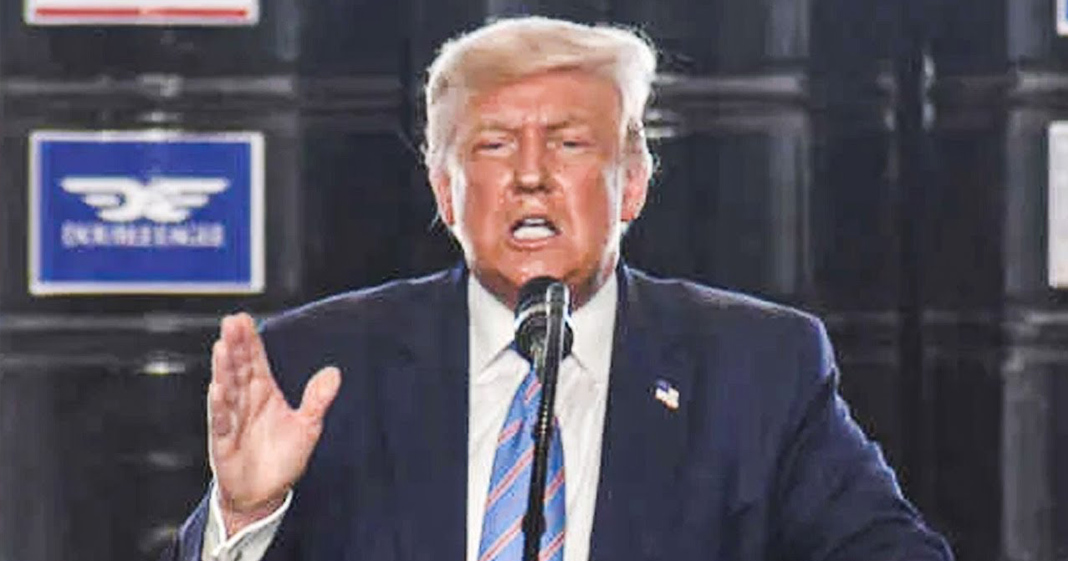 In what can only be seen as one of the most obscene abuses of power in modern history, Republicans in Washington, D.C. actually want to make it legal for employers to sue their workers who get sick on the job. This is part of the Republican plan to put a “liability shield” in place for businesses, and rather than letting employees sue workers who put them in unsafe conditions, a sick worker will now be the one who has to pay the billion-dollar company. Ring of Fire’s Farron Cousins discusses this.

Republicans in Washington, D C you’re going to stop at nothing to make sure that corporations have absolutely every tool at their disposal to take advantage of their workers. And that not just applies to what they’re trying to do with the COVID-19 relief packages, but it applies in general. That’s kind of the role of Republicans in government today. They want to make sure corporations are protected and the people are the one exposed to liability. And there is no better piece of evidence for this than the current liability shield that Republicans like Mitch McConnell continue to push as part of the COVID-19 relief efforts because tucked away in this liability shield is not just the ability of corporations to not get sued by employees who become sick with COVID-19. But it also includes another little piece that allows the company to Sue the worker if they get sick on the job.

So instead of it being the fault of the employer, the person who forces you to come into work, the person who does not take the necessary safety precautions, they’re not installing partitions. Maybe they don’t have mask requirements. Maybe they’re not a checking to see if you’re wearing your mask. Maybe they’re not providing master other PPE for you. They can’t be sued under the Republican plan, but what they can do is if you get sick, they can then Sue you we’ve we’ve hit it. Folks like we’ve we’ve we’ve come full circle. We have come full circle with the Republican party to where it’s not just about protecting the corporation anymore. That’s that, that part is over. They’ve they’ve accomplished that. And they have moved on. Now they’re actively trying to get the corporation to be able to hurt you. Like not just protecting the corporation, if they hurt you, but giving them the tools to go out and actively injure you financially.

That is where we’re at right now. They have taken that side. They want a company to be able to Sue you if you get sick at work, because I promise you folks, this is not going to be limited to COVID-19. We have seen too many instances already happen with things Republican, uh, have suggested, you know, Oh, it’s a crisis. So we should do this. And then after the crisis, they’re like, well, we’re going to keep doing this because it works so well. Department of Homeland security, anybody Patriot act, those things ring a bell, uh, AUMF. Yeah. That’s what Republicans do. They do these little test cases in times of crisis and then say, ah, let’s just keep it going for now. So that’s what would happen with this liability shield. This is not meant to be a short term thing. This would protect corporations from lawsuits, and it would allow corporations to Sue you the little guy, the average hourly worker. They could take everything that you have, this multibillion dollar faceless organization that you’re working for could take everything you have because they screwed up. That is what Republicans want for you. And if you vote for a Republican, if you vote for a Republican, you are saying, I am fine giving up my life, giving up every right that I have because corporations are more important than me.