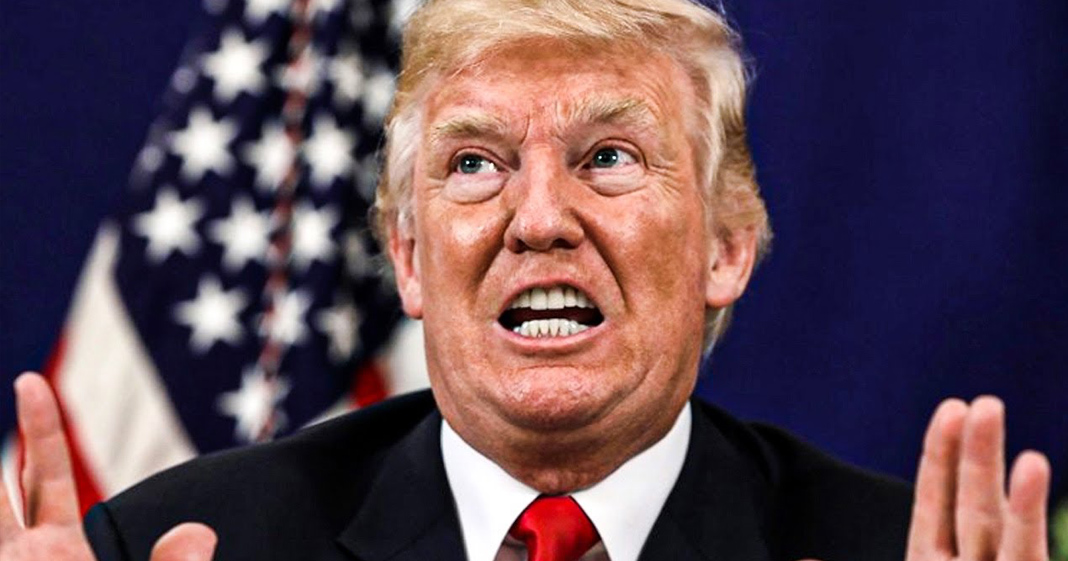 Donald Trump has thrown the kitchen sink at the Biden campaign, and so far the public isn’t buying into any of it. That isn’t to say that there aren’t some people who believe the attacks, it just means that the public at large and as a whole are not buying into them. The campaigns are running out of time to craft a coherent strategy for this year, and Trump can’t seem to find anything that works, as Ring of Fire’s Farron Cousins explains.

Recently Axios did an analysis on data provided by right wing websites about which stories they’re running regarding the attacks on Biden’s that they’re helping the Trump administration promote, which ones are really resonating. You know, which stories about Joe Biden are these people actually clicking on and according to the data from these right wing websites, the answer is none. None of them even with right wing media, helping to push out these anti Joe Biden narratives, nothing is sticking at the moment that will change. That will will change probably. Um, and I say that because at this point, folks, the election, every single day, that passes, like we’re getting a lot closer. It’s closer than you think it’s closer than it feels. Um, but eventually, I mean, I think Trump’s going to get a couple jabs in that are going to stick that are going to hurt him, but you have to understand right now there is this massive well-funded apparatus on the right.

It’s not just the RNC. It’s not just the Republican party itself and Donald Trump. That’s massive part of it. Obviously there is all these little shadow organizations, you know, all the think tanks, your Kato’s, your heritage foundations, you know, your freedom works. And all of those that are funded by all these other foundations, the Scaife foundation, the Olin foundation, the cores foundation go through. I mean, I’ve done the research on this for years and years go through and truly look one day at who funds these groups and how shady it is that this group is funded by these 10 groups who are funded by these 10 groups. They do a good job of hiding their money. But at the end of the day, a lot of these right wing websites are funded in part, at least by some of these other right wing organizations. So there is this multibillion dollar effort at any given point in America, right now, pushing the narrative for the Republican party.

There is no amalgam of that on the left. We’re kind of all on our own doing our own thing, hoping it sticks. It’s Victor Tim’s to algorithm changes and things like that. Not so on the right, they get paid regardless. And they’re pushing these talking points. And as Axios points out in this new report, none of them are working. People don’t believe it. People don’t buy it, or people simply don’t care about it. Uh, they analyzed three of the big allegations or not allegations. I should say three of the big stories they’re trying to push in order to hurt Joe Biden. Uh, two of the most obvious ones Barisma, which they’ve been pushing for about a year now, that’s when that story came out, uh, trying to say the Hunter Biden did something illegal. They, Joe Biden fired the pro. No, he didn’t. We know that.

And so the public, even the right wing public who reads these websites, they’re not clicking on these stories cause they don’t care. That’s what their own analytics are showing. They’re putting these stories out there, pushing them out there to the public. Trump is trying to push this. His kids repeatedly try to push the Hunter. Biden is a criminal story. It’s just not working. Now. I say, it’s not working. There are plenty of Republicans out there who think a hundred percent Hunter Biden, you know, fired this prosecutor and that his dad was involved in and all this kind of weird stuff. There’s always going to be the people who do buy into it. But as a whole, the public says, nah, no, you’re wrong. Second story is Joe. Biden’s mental decline, which is obvious. Let’s be honest with ourselves. As Progressive’s you look at Joe Biden today, you look at Joe Biden four years ago, you’re seeing problems emerge.

You’re seeing speech patterns occur that did not occur back then. You’re seeing him forget things today that he could easily recall. Back then there is a little bit of decline and most likely it’s just due to age. You know, things start getting slower things. Start getting hazier. As you get older, does this mean that there is dementia or Alzheimer’s cooking around in there? Always a possibility. But as it stands right now, it doesn’t look like he has any of those issues because he has no problems with his coordination and things like that. He has none of the corresponding Symptoms, but you know, who does?

Yeah. The guy, the guy trying to push the narrative about look how bad Joe Biden is COFEFE I can’t walk down a ramp. Oh yeah. See, that’s why those aren’t really sticking. Cause as much as the public looks at Biden and says, wow, this guy’s not all there. They’re looking at Trump. And they’re also saying, wow, this guy is really not all there. I’ll take the semi coherent guy over the completely incoherent guy. That’s one of his attacks on Biden’s mental fitness are not working. Cause you can’t make those kinds of attacks when you yourself are very clearly mentally unfit. That’s why it’s so hilarious. Third one’s a little bit more serious, but for some reason it’s not resonating with people on the right. And to be honest, not resonating with people on the left. It’s the allegations from Tara Reed. What happened with that?

It kind of disappeared. Tara Rita stopped doing press, uh, the media, obviously didn’t want to push that narrative at all. Didn’t want to dig into it. Didn’t want to look into it. But those are allegations that we absolutely have to take seriously. I mean, Donald Trump right now is being sued by multiple women in the media is more than happy to talk about that. And they should, because that is a big, important issue. But so is what Tara Reed has to say about Joe Biden. It should at least, at least be discussed either that or everybody who pushed the me too movement is a total fraud. And we know that they actually did their best to try to cover this story up. So that’s where we’re at. There are some very serious things about Joe Biden that should give people calls for concern. But there’s also a lot of really ridiculous right-wing narratives that are being pushed by billions of dollars that are falling flat. And that’s good. Look past the nonsense, look at the real issues. That’s what we have to do. And as of right this second, it appears that that is what the public is doing. Now. I am sure that is going to change in the near future. That’s just the way things go. You can’t keep it this way forever. Eventually both Trump is going to come up with an attack on Biden. That sticks pretty well in to the public is going to start caring about these other things.

But I think for the most part right now, given what is happening in this country, people are a little bit more willing to look past the fact that I was there a little weirdness with the son over in Ukraine was what’s his, what did he just say about his hairy legs in the pool? People are actually willing to overlook that kind of stuff. When they look around the country and see what’s happening right now, we’re in the middle of a pandemic. 40 million jobs have been lost. The economy is quickly very, very quickly going down the tubes, civil unrest is still there. And Donald Trump only seems to make the want to make it worse. He is disappearing United States, citizens from United States soil with his troops that we still don’t quite know what branch of the military they’ve come from. So yeah, maybe Hunter Biden did do something that is a little unsavory, but that’s nothing compared to what’s happening in the country right now. And to be a, for the record, I do not think Hunter Biden did anything illegal with that, but I’m just saying that that’s probably the rationale of most people in this country right now, willing to overlook. Maybe your son made money that he didn’t deserve working for a company that he shouldn’t have been working for. That’s clearly not necessarily as bad as letting 160,000 American citizens die because you couldn’t tell everybody to wear a mask.