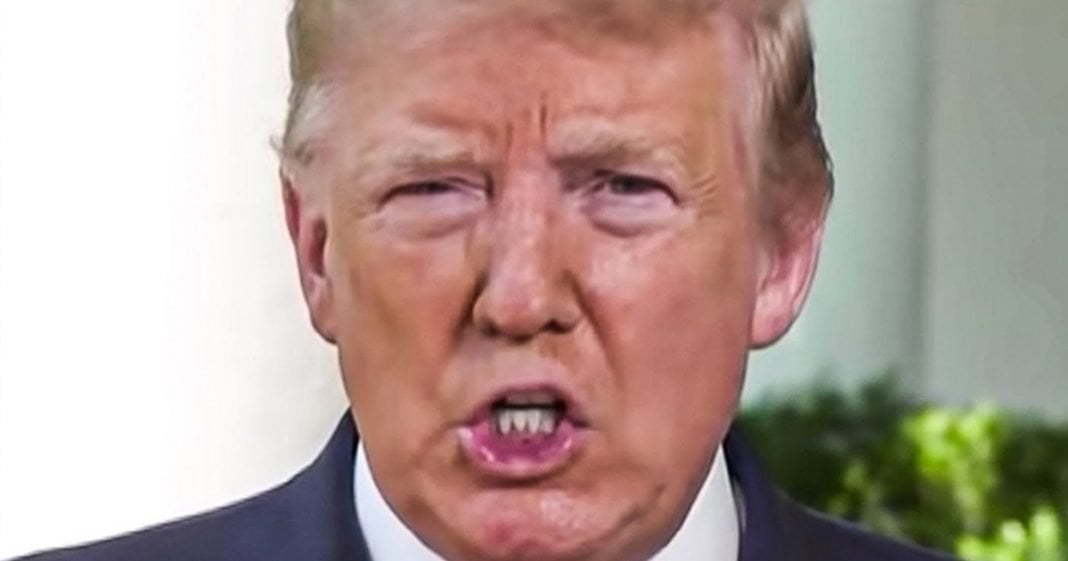 The polls just continue to get worse for Donald Trump, and the latest numbers show that a majority of swing voters (which is actually a small voting bloc at this point) now say that the President has the wrong style, demeanor, and ideas to defeat the immediate crises facing this country. This election is going to be like none other in a lot of our lifetimes, and this latest poll helps give us an indication as to why that is. Ring of Fire’s Farron Cousins spells it out for us.

Well folks, as it tends to happen every couple of days, right now we have some new polls out there. And as usual, these new poles have some really bad news for Donald Trump. And this particular poll has some exceptionally bad news for Donald Trump because of the particular questions that it asked. Right. It’s always more fun when we can dive in and analyze these polls. When it’s not just a black and white, do you support Trump or Biden type poll? How do you feel about the direction of the country? How do you feel about the leadership of this country? How do you feel about the issues facing this country? Those are the ones where you can take a deeper dive and actually discern a lot more about how the public truly feels. And this happens to be one of those polls. And again, it’s got some horrible, horrible news for Donald Trump.

Here it is. This is a poll conducted by battleground battleground poll by Georgetown university’s Institute of politics and public service. And they found a previous battleground polls conducted during Trump’s president Xi presidency, excuse me, showed large numbers of reluctant Trump voters, willing to put up with his shortcomings in exchange for economic policy. But the latest round of polling shows that compromised decreasing as a majority, 54% of middle class voters feel the president has both the wrong style and the wrong approach on key issues. He, according to this poll has lost the middle class. Hey, for the record, most of America’s lost the middle class at this point, but what is left of the middle class Class says they’re done. They’re tired. And these are other people traditionally referred to as swing voters. Because as the poll shows only about 7% of the country right now is undecided. And a majority of those undecideds are leaning Joe Biden and it’s for this very reason. But here’s what I love about the poll. This is how you know why this is one of the ones we can look at and kind of discern things that aren’t quite there, but are really there. Here’s why. And this is, you know, the political scientist, Merl,

He loves this for this reason, typically In presidential elections in any election, actually, uh, you always try to cast your opponent as incompetent or incapable of handling, uh, handling a potential or hypothetical crisis. You know, it was Hillary Clinton, the 3:00 AM phone call, Oh, what are you going to do? Is Barack Obama going to answer the 3:00 AM phone call? That was what we heard in the primaries back in Oh seven and Oh eight. And then that was actually used against Hillary in 2016. How can you trust her to take that 3:00 AM phone call of a crisis? Know, Oh, what’s going to happen when there’s a wildfire in California or a hurricane along the Gulf coast. Who’s this person, is this really going to be the person handle it? What happens if there’s an economic downturn? Oh, you can’t trust them. You should vote for me instead. Here’s why I love this. This poll is showing us that even though Trump has already saying those things about Biden, the public understands, dude, this is happening on your watch.

Like you can’t tell us that Joe, Biden’s going to create anarchy in the United States. When there’s current anarchy in the United States under your watch, you can’t say that it’s going to lead to civil unrest. When there’s civil unrest in your country, that your trying to handle by sending in your jackbooted thugs, you can’t pin that on bike. You can’t save. Biden’s gonna tank the economy. When the economy is already literally flushing down the toilet. That’s what the voters are telling Trump right here. That is what this poll is telling us, your lying to us. And we know it, what you’re doing, isn’t working. And we don’t like it. That is as clear of a message as possible that you could send to Donald Trump to let him know that your going back to New York. Actually, I don’t think he’s welcome there anymore. You’re going back to Florida in January. And even though I am a resident of Florida, I do not want him in my state. I will gladly,

Hey Kim, back to the state of Florida, If it means he’s no longer in a position of power in Washington, DC, that is the cross. We bear down here in Florida. We’ll take another Florida, man. Cause God knows Trump is one of them, but this poles bad news. Let’s be honest. This poll shows that his talking points are not working. The public knows he is to blame and he cannot cast his opponent as somebody unable to handle a crisis when he himself is proving right this second that he, Donald Trump himself is incapable of handling an actual crisis.