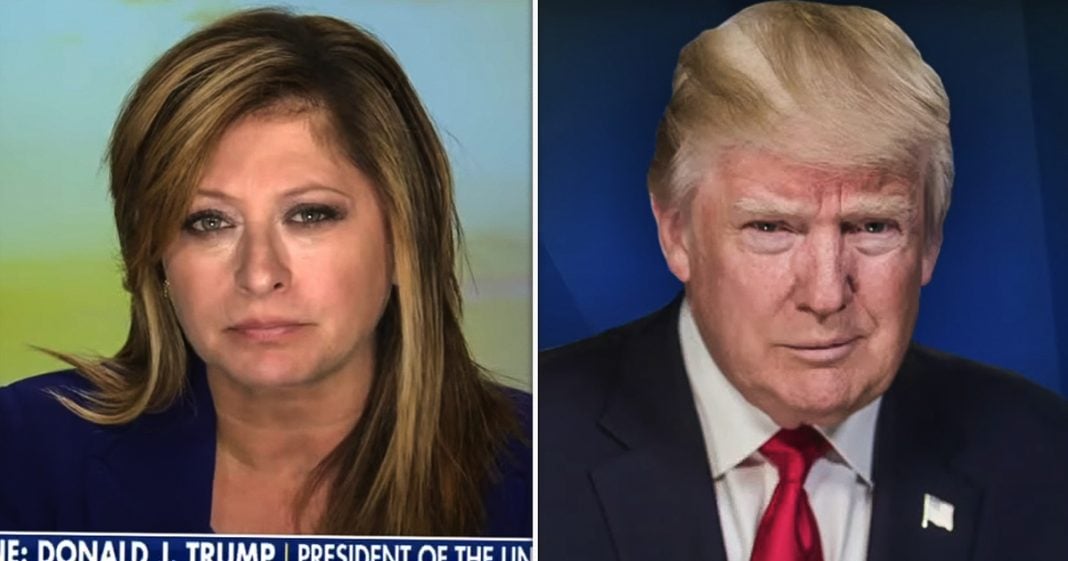 During an interview on Fox Business on Thursday, Donald Trump said the quiet part out loud when he admitted that Democrats only want to save the post office from his attacks so that universal vote-by-mail can work. Without the repairs that Democrats are suggesting, the President admits that their plan to have everyone vote by mail cannot succeed. Ring of Fire’s Farron Cousins explains what this admission means and what Democrats need to do now.

Yesterday during an interview on Fox business channel a with Fox host, Maria Bartiromo Donald Trump accidentally, or maybe not even accidentally, maybe intentionally gave up the game and admitted that he is in fact sabotaging the post office to rig the 20, 20 presidential election. Here’s what Donald Trump said. And for context, he said this with response to the fact that Democrats in the house are trying to put in, what is it? A $25 billion in aid for the post office as part of the next coronavirus relief package. They also want to put in three and a half billion in supplemental funding for the 2020 election, which would go toward universal vote by mail. Trump was asked about that and he said, quote, they need that money in order to have the post office work. So it can take all of these millions of ballots if they don’t get these, those two items. That means you can’t have universal mail and voting because they’re not equipped. They don’t have the money to do the universal melon voting. So therefore they can’t do it, I guess. Are they going to do it even if they don’t have the money, The answer’s yes.

Jack ass. Yes. Yes they are. And yes, we are here in the state of Florida. We have already received actually a couple of weeks ago, we received our little thing asking, do you want to vote by mail? You want to go vote in person? Well, I filled mine out. My wife filled her out. We’re voting by mail. And I’m sure given the fact that they did mail these out with enough time here in the state of Florida, you know, you can’t win the white house without this state. Um, I’m willing to bet a lot of other people did too. I know both my parents did. My grandmother did my sisters did. And they all filled it out and said, yes, I’m voting by mail. So there’s that. And I also know for a fact that every single one of those is a vote against Donald Trump, but here’s the thing, folks. It doesn’t matter really what me and my family are doing or what you and your family are doing. What matters is the fact that the president just went on national television and admitted that he is rigging the 20, 20 presidential election by destroying one of the most effective and efficient and successful government programs. The us post office that this country has ever seen. He’ll burn it all to the ground. Every bit of it to save his own ass. That’s what’s happening here.

Yeah. As I have discussed at length here, uh, there’s plenty of reasons why the male has to exist and why a fully functioning post office is vital to the survival of many of Americans. You get your bills in the mail. If the mail’s late, if it’s five days late, if it’s a week late, suddenly your bills are starting to come late. You’re paying late. That’s going to destroy your credit. Or you’re going to miss payments because of the way the mail is just kind of overflowing right now. And some of it, in fact, being discarded, you miss a payment, you could lose a car, you could lose a house. You could lose that medication that you get by mail. What happens then? This is 100% on Donald Trump. And he admitted yesterday, he’s doing it on purpose. This is borderline criminal. And he has no shame. He has no shame in admitting that this is what he’s doing.

And that is why he’s doing it. It’s going to take a lot of work to fix the post office because he has done a ton of damage to it. It’s not irreparable at this point, it’s going to take time. It will probably take a couple years to put things back the way they were. But we have seen footage pictures over the last couple of days of trucks actually going out and taking away mailboxes, you know, the big blue things. You go put your mail in there, gathering them up. They’re taking them away. That’s how deep this goes and shame on the workers. I have to say it for, for doing it. Sometimes you have to stand up and say, no, you can’t do the well, I needed the job. And I was just following orders. This, this is part of it too. You have to stand up. I know it’s not your decision to remove these things.