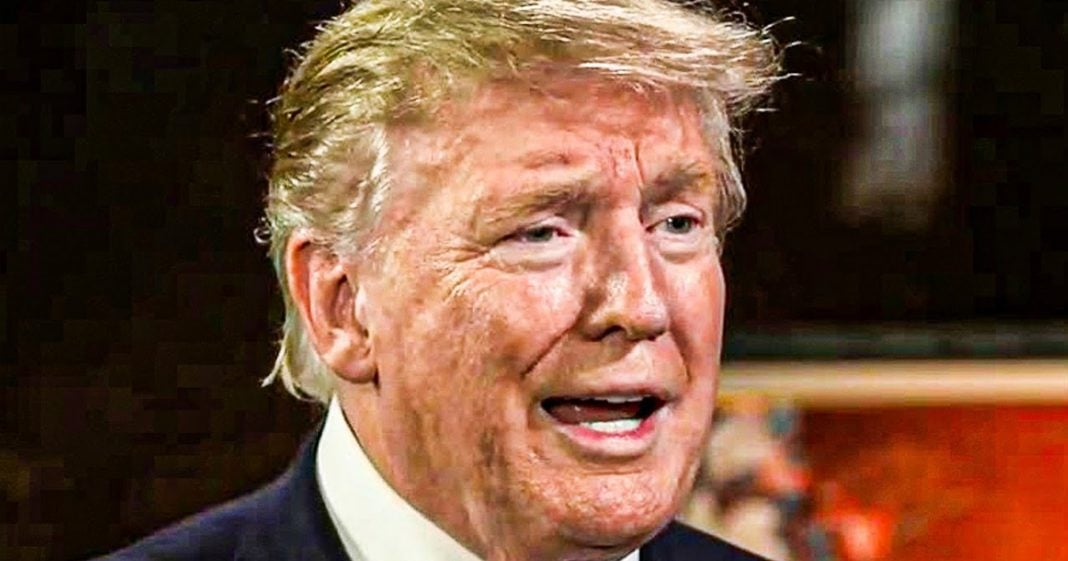 According to an official from the US Postal Workers Union, the Trump’s postmaster general has directed postal offices to actually REMOVE mail-sorting equipment from their offices in an attempt to sabotage mail delivery across the country. This is so blatant at this point that this should be a national scandal, as millions of Americans are starting to see their mail arrive later and later. Ring of Fire’s Farron Cousins explains what’s happening.

The head of the Iowa postal workers union has come out with the pretty startling information this week telling us that, uh, Donald Trump’s new postmaster general, uh, Louis DeJoy has ordered the removal of mail sorting equipment from certain post offices, at least in Iowa, perhaps even more widespread across the country, still kind of waiting to find out if this is a widespread problem, or if this is just happening, uh, in Iowa, either way. The whole purpose of what mr DeJoy is doing right now is to slow down the mail. In fact, the head of this union already admits that removing this equipment has resulted in a massive backlog of mail. That’s just sitting there. It’s just sitting there. What we’re seeing happen right now is the Trump administration intentionally sabotaging the post office because they don’t want you to vote by mail folks. That’s what is so insane about this?

The president of the United States is forcing his hand, put a hand, picked multimillionaire, little crony postmaster general. Louis DeJoy to tear apart. One of the most effective government programs ever, because Trump is afraid he’s going to lose the election. That’s why we’re destroying the post office. And by the way, that mail that’s backing up, that’s getting left behind. Those are your bills could be your, your Medicare, uh, information, your Medicare card that you’re waiting on. So you can go to the doctor. It could be your social security check. It could be your EBT card. And you’re waiting on that. So you can go buy food for your family. It could be that college acceptance letter that your son or daughter’s been waiting on, not knowing where they’re going to be going. It could be anything, but it could be incredibly important. It could be a life changing piece of mail that if you ignore it, you could lose your house.

You could destroy your credit. That’s how important this stuff is. We may not think about that all the time, especially with regards to the fact that Trump’s only doing this because of the election, but it’s not just your mail in ballots that are getting left behind it’s checks. It’s time sensitive information. It’s bills that again. If they don’t get paid, you could lose your house. You could destroy your credit and not be able to get a loan in the future. These are life changing, little envelopes, and this administration thinks it’s okay to screw your life, to let it pile up on the floor. Because Trump is an insecure, terrified, little brat. That’s what we have in the white house right now. So they are taking out this equipment that is necessary. They have to have this in order to efficiently do their job. And mr. Joy actually came out and gave a reason why they’re doing this. He said, well, you know, we’ve got this cash shortfall know we gotta, we gotta make up for it.

Ah, he said, No, just read it here. This realignment will strengthen the postal service by enabling us to identify new opportunities to generate revenue so that we will have additional financial resources to be able to continue to fulfill our universal service obligation to all of America. Cool. What does that have to do with removing this equipment that you already own? You’re not saving money by getting rid of it. I mean, I guess you have to plug it in. So maybe you’re saving a few cents every day on your power bill. Is that what it is? Because your statement here, when asked about what you’re doing, doesn’t add up whatsoever. Like we’re going to try to come up with new revenue streams by making the mail horrid. We know exactly what you’re doing. You’re not fooling anybody. You were attempting to sabotage the entire postal system here in the United States to protect your boss. You have tens of millions of dollars invested by the way, in a competitors of the post office. Mr. Joy does. And he’s making a huge profit off of his destruction of one of the greatest institutions ever created by the United States, federal government.