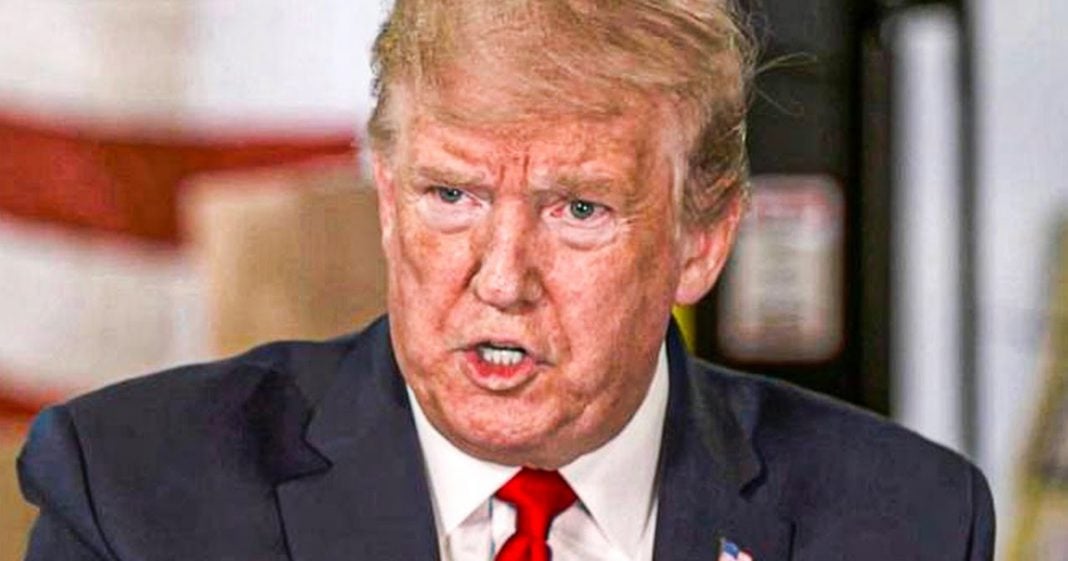 An independent agency has determined that Donald Trump has been inflating the value of several of his golf courses, many of which are overseas. If this is true, it could put the President in a world of legal trouble both at home and abroad. The information is still scant on this issue, but based on what has been observed by Trump and his businesses in America, it wouldn’t be surprising if the same thing were happening overseas. Ring of Fire’s Farron Cousins discusses this.

According to a new investigation by the American democracy legal fund. Uh, it appears that Donald Trump has been lying, lying to the federal government about how much his overseas golf courses are actually worth and how much money they actually bring in either that or the president has been lying to foreign governments where these golf courses live about how much money they’re bringing in. Because according to the investigation, the numbers don’t match. What he’s telling us officials, where he pays taxes is not the same numbers he’s telling UK officials where he also, it has to pay taxes and whatnot. Huh? Here’s what this investigation has found. Trump claimed the resorts, Trump international golf links, Aberdeen and Trump Turnberry, both in Scotland and Trump dune beg in Ireland, brought in a total of about 179 million in revenue on us documents, where he is supposed to list his personal income records in the United Kingdom.

And Ireland indicate the resort’s revenues were millions of dollars, less about 152 million and show. They actually lost 77 million after accounting for expenses. Uh, this is from the American democracy legal fund. They said our research has uncovered numerous examples of the Trump organization reporting potentially fraudulent financial details to the U S office of government ethics. In addition to a parent in consistencies, misstatements and lies and president Trump’s annual financial disclosure filings regarding its overseas golf courses, uh, they are now actually asking man patent district attorney Cy Vance to go ahead and look into this and say, sigh, you’re already looking into all the other inconsistencies and misstatements with president Trump’s financials. Um, maybe you ought to look into this too. Hopefully he does. You know, he’s probably a little busy going through all of the other stuff he has right now, but folks let’s, let’s look at this for what it is.

This is the president of the United States who is clearly lying on his financial disclosure forms. And we know that because he has the file over here in the UK and Ireland. And he has to file over here in the United States. We can see the two numbers and they don’t match. I mean, it’s pretty easy as kindergarten stuff, right? Are these numbers the same? No, they’re not. So that makes a problem problem for the president. He is lying either to the U S government or to the governments of the UK and Ireland. And by lying on these forms about how much money these clubs are bringing in, what are his expenses and things like that. What is their value in terms for property taxes that reduces the amount of money has to pay to those governments? It is in effect tax fraud. If it is done intentionally, even if it’s done unintentionally, we’ll have to get into the documents to find out whether it was actually done or not. But if it were done, then it is tax fraud. That is not that hard to see if we have a precedent of the United States who may have in fact committed this kind of financial fraud with an overseas come country.

Yes, I suppose they determined that he did commit this crime. What are they gonna do? Are they gonna, are they gonna issue a warrant? I mean, we do have extradition agreements with these countries. Would they extradite the president of the United States? Would they extradite the former president of the United States to come and stand trial for financial fraud in their country? God, I hope so. I know that’s probably a horrible thing to wish and makes me sound like a horrible person, but Donald Trump’s done some pretty horrible things, not just to this country, but to certain groups of people in this country. And if he ends up spending the remainder of his days in an Irish prison, I’m not going to lose any sleep over saying that I’m glad it happened.