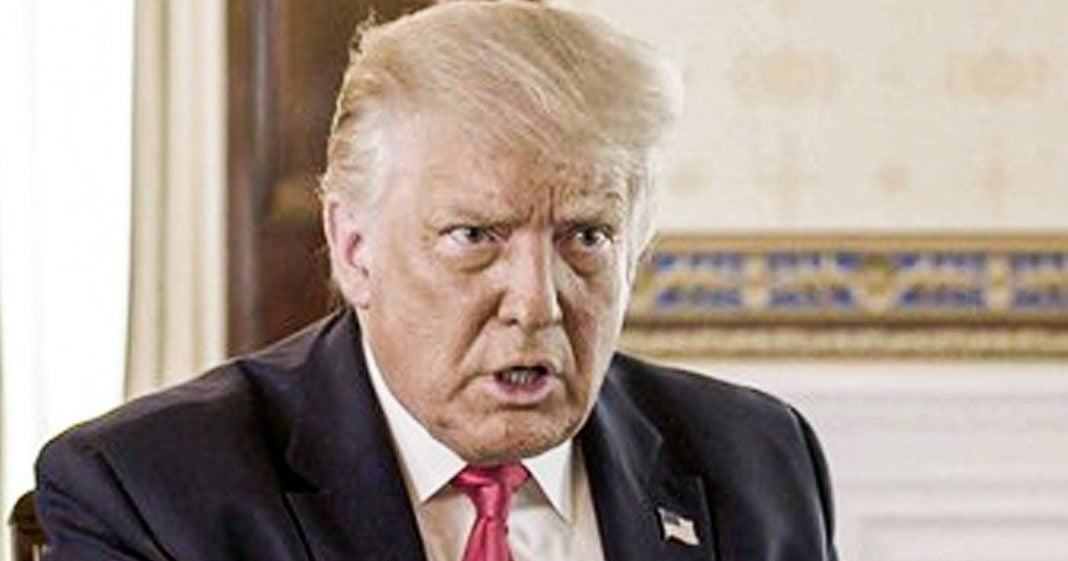 A judge ruled last week that Donald Trump cannot escape a defamation lawsuit brought by columnist E. Jean Carroll, marking the 2nd time in the past year that a court has ruled against him on this matter. Carroll has accused the President of raping her in the 1990’s, and she was subsequently attacked as a “liar” by the President. She claims that this arises to defamation as it has cost her her job. Ring of Fire’s Farron Cousins explains what’s happening.

And a little bit of good news from last week that definitely got overlooked and overshadowed by a Trump’s executive orders and a lot of other crazy news of the last few days. But anyway, good news out of the state of New York, when a state judge ruled on Thursday that Donald Trump cannot escape. The defamation lawsuit brought by columnist E Jean Carol. Now, for those who might not remember a EEG and Carol is the woman who about a year or so ago came forward, uh, in stunning detail of a story about how Donald Trump allegedly raped her in a Bergdorf, uh, department store in the 1990s, she did, according to this story, she wrote, she told her friends about it and her friends were able to corroborate her story. They had also told her if you come forward, nobody’s going to believe you because this is Donald Trump. You know, he is too big.

He is too powerful there. There’s not a whole hell of a lot. You can do, unfortunately. Uh, which is really the story that a lot of women who come forward with assault charges against powerful men, uh, that’s kind of a similar situation that they’ve dealt with, but nevertheless, she came forward with this story. Donald Trump immediately came out and said, she is alive. You have said everything she is saying is made up. He essentially, according to her lawsuit against him, defamed her, defamed her to the point where in February of this year, she claims that she was let go from her long time job at L magazine because the president had effectively painted her as a liar. Uh, and I guess an opportunists opportunist, excuse me. And that, by the way, happens to be like one of the key parameters of a defamation lawsuit. If you say something about somebody that is not only false, but false to the extent that it causes them financial harm, as in losing a job, unable to find gainful employment because of what you said.

And I think the president of the United States publicly calling a human, being a liar, uh, yeah, that really does fit the parameters. And that’s actually what the lower courts had already said. Cause Trump has been trying relentlessly to get this particular case delayed. Okay. They’ve been arguing that the president cannot buy them way, uh, be sued or this in state court while he’s president, that’s not sitting well with the courts. And that’s a really lazy and stupid legal argument with this particular one that was up in front of the judge last week, they were trying to argue that he can’t be sued by this person for defamation right now, because he’s still fighting that defamation lawsuit from summer Zervos, from the apprentice. How many defamation lawsuits do you think he confided once judge and the judge essentially said, I honest to God don’t care. These are things that he did kind of have to do it.

Um, but yeah, I think the biggest reason why they do not want this particular lawsuit to move forward with any kind of speed is because EG and Carol kept the outfit that she was wearing when the alleged assault took place and they have been able to recover DNA off it. And part of her lawsuit is seeking Donald Trump’s DNA. And that makes sense, not because they’re going to pop him with rape. The statute of limitations on that has, has ended. They can’t do that. He cannot be arrested for that, but he said, she’s lying about the rape. So as part of proving herself, correct, she has to prove that he raped her because the burden of proof falls on the person claiming they’ve been defamed, therefore, in order to prove that he didn’t do it, Donald Trump would in fact have to give up his DNA sample to see if it matches what was on the outfit. If it doesn’t match your HomeFree, but if it does match well, you’re going to have to pay out some money in a defamation lawsuit. But also everybody’s pretty much going to know that what she says you did, you really did do.