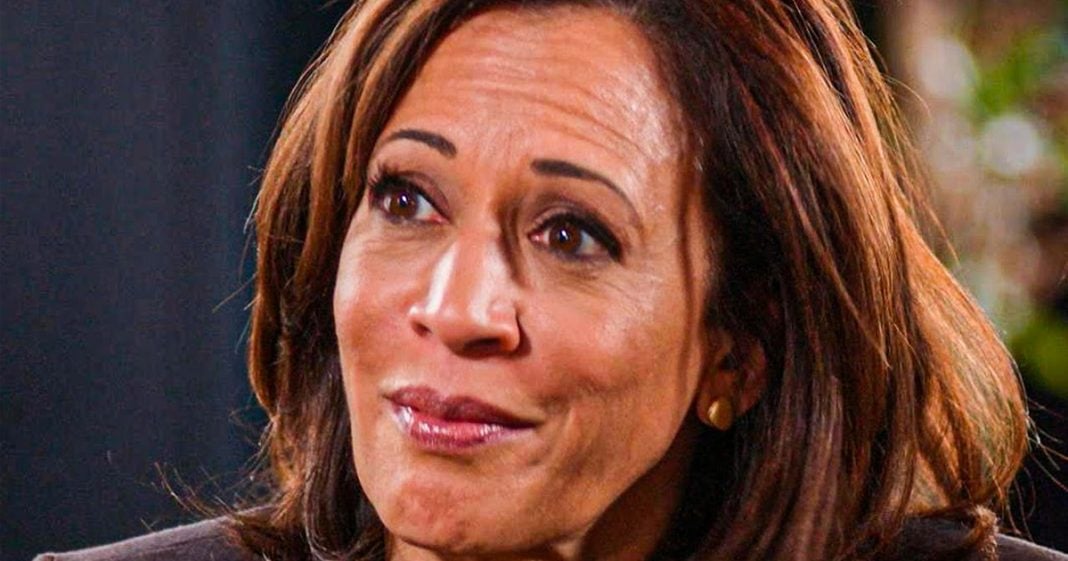 Joe Biden has selected Senator Kamala Harris as his running mate for the 2020 election, and the reactions have been mixed. Progressives wanted a champion of the people, while centrists are content with another status quo politician. But the reality is that there are some positives and some negatives in selecting Harris, and Ring of Fire’s Farron Cousins runs through them.

So yesterday, uh, Joe Biden announced that his vice presidential pick is democratic Senator Kamala Harris. Now this came as a surprise to maybe a handful of people across the country. He was always kind of assumed she was going to be it. We knew she was in the running at least as a finalist. Uh, so it’s official now. It is Biden Harris, 2020 up against Trump Pence 2020. Now there’s been a lot said, uh, we’ve spoken a lot. Other people are talking about it right now, too, about Camila Harris’s history. Uh, as you know, the, the top cop over in California, a lot of criticism right now coming from the Progressive’s is that ad Harris is a cop. And I don’t want to get into any of that because we have discussed that at length. Uh, she is, she instituted many policies that were straight up cruel, not just tough on crime as she’s being described as right now, by some publications straight up cruel.

Here’s what she was, uh, at times what I want to talk about right now though, is to kind of put the political partisan blinders aside and really just look at if this is a smart, strategic pick for Joe Biden. And the answer to that question, um, is yes. And I’ll explain why in just a moment and please understand I have never been a Camila Harris supporter, uh, you know, could not stand the fact that she really didn’t stand for anything in the democratic primary. Uh, she has been very corporatist in the last few months though. We have seen her actually, uh, join in on some very progressive legislation, uh, push forward by Bernie Sanders. So maybe she’s having a genuine change of heart, or maybe she knew that she was going to be the vice presidential pick and tried to be a little bit more progressive than she actually is.

And of course, as I’ve mentioned, her history is absolutely atrocious. The reason Steven Mnuchin is secretary of the treasury right now is because Harris didn’t prosecute him and throw his ass in jail. I will never forgive her for that. On top of all the other stuff, you know, uh, hurting African American communities with her, her truancy policies where you throw the kids, parents in jail, but I’m getting beside myself, right? Let’s go back. Is this a smart move? Yes or no. Again, the answer is yes. And here’s why Harris right now, her past that, that, that tough on crime that cruel to law breakers. That’s the message that Joe Biden wants to send because he looks around, he sees the civil unrest. He doesn’t want Donald Trump to paint him as somebody who supports all of this. So what better way to calm the public to make understand that your on their side, not the side of those Antifa protestors, then to pick the cop.

Strategically, that is a smart move, especially when Trump’s trying to paint you as one thing, and you’re trying to distance yourself from it. That’s a good move. Uh, the historical aspect of this, this is the first African American female to be in the vice presidential slot on a presidential ticket. That that is historic. That’s monumental. You know, it doesn’t matter how you feel about Harris. You still have to admit that’s pretty damn remarkable. And it is. You also have to understand that Harris has now the person that’s going to go up against little Mike Pence in the debate. Assuming we even have debates, uh, I’m willing to bet some of them, including the vice-presidential one are going to be canceled, but Harris was a good debater, right? She knew what she was doing in there. She could be folksy when she needed to be. She could be tough when she needed to be that to me was her biggest strength.

And then of course the diversity, you know, not just being the first female, uh, African-American on the vice-presidential slot, but in general, showing that, Hey, it’s not just a bunch of old white men cause you got Donald Trump. You know, who’s pretending he’s not losing his hair. Joe Biden and Mike Pence, whose hair is white as snow. They’re old, they’re white guys. So you throw in a comma Harrison here and suddenly things look a little different. Suddenly this ticket starting to look more like America and not just one of Donald Trump’s country clubs. That is also a smart move. Harris is smart. Harris’s tough. You know, I’m absolutely going to give her that because she is her history for me and for Progressive’s is a problem. But that is the other part of the strategy here, Joe Biden in the DNC, weren’t trying to court people like me with their pic. They weren’t trying to court, you know, all of the progressives of the democratic party. They don’t care about us. They don’t care if they insult us or demean us in any way. Not at all the people they’re going after are the people in the metal, the people, the 7% mind you because that’s all there is the 7% of people who say, well, I’m not sure who I’m going to vote for yet. What they did was send a message to those people saying, Hey Harris, here, isn’t going to shake things up. Harris,

Just like Joe is going to Help you return to whatever it was. You consider normal, you know, president that doesn’t tweet all the time. Fantastic. That’s what you get this duo. That’s what you want. Isn’t it public. This, this is what you wanted. Nice, calm, simple, wonderful. We’re not going to make waves. We’re not going to be outlandish. We’re just going to be us. And honestly, some people are going to buy into it and going to say, yeah, yeah, that’s good. That’s good. Normal doesn’t work for most of us hasn’t for quite some time. But uh, sure. There’s plenty of people who say, yeah, everything else consistent in my life is okay. I’m just tired of the drama coming out of the white house. And I think a Biden Harris white house would be relatively drama free. They’re not necessarily ones to make waves. So again, this pic was about courting the center, not about appeasing Progressive’s there were plenty of wonderful progressive women that Biden could have picked, but he didn’t, he didn’t want to go that route.

So it is what it is on that. And then of course there is the final reason why strategically for the Democrats, this makes sense. And that is, as we saw from the headlines from CNBC yesterday, wall street was celebrating. Wall street was so happy that it was Camila Harris, the woman who wouldn’t prosecute the bankers, because they know if you’re not going to do it, then you’re not going to do it in the future. So what that does is that opens up the opportunity for wall street bankers to say, listen, we know we got a friend on the Biden camp. Now she saw the crimes. We had committed, decided to look the other way. Why don’t we give them our political campaign money instead of to the guy who sends out a tweet. And then since the stock market tanking, the Kofi index is what they call it.

That is legitimately what they call it on wall street. They noted that if Donald Trump tweets a certain amount of times a day, they’re going to see a massive drop in stock. It’s risky to gamble. They don’t want to take that risk. So why go with the other one? The one where you essentially have a friend on the administration. So for all of those reasons, again, putting politics completely aside, yes. Harris is a good pick. Paris is not by any stretch of the imagination. The worst person that Biden could’ve picked is she the, the person I wanted him to pick. Absolutely not. I mean, I could have done a Karen bask. I could’ve done a, uh, Elizabeth Warren, plenty of them. You know, he could have reached out to the Sanders camp. We could have gone the Nina Turner route, a tough, strong, intelligent fighter, but it is what it is. Yes, we, we, we got Harris. We’re gonna live with Harrison. Honestly, folks, I do believe right now the most important thing is we have to get Donald Trump out of office. We, we truly do this. Man has unleashed the United States military against us citizens. That’s something that is as bad as Biden would be as good as he would be to wall street. He was good as he would be to the people who are holding us down. I don’t believe for a second Joe Biden or Kamala Harris would ever unleash the military on us. If for no other reason than that, I think right now that’s the best path to go.